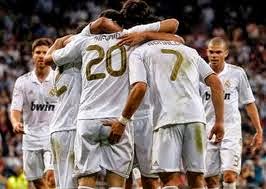 Young Conservatives for Freedom to Marry hopes that by the time the Republican convention rolls around in 2016, they will have recruited or persuaded enough like-minded party activists and young conservatives to remove the restrictive language and replace it with this: "We encourage and welcome a thoughtful conversation among Republicans about the meaning and importance of marriage, and commit our Party to respect for all families and fairness and freedom for all Americans."

To accomplish that goal, Freedom to Marry, a nonpartisan advocacy group, has launched a national grassroots campaign targeting Republican activists -- the most powerful impediment to marriage freedom in the party -- in key presidential nominating states that they can "agree to disagree" on same-sex marriage.

Tyler Deaton, campaign manager at Young Conservatives for Freedom to Marry, said they are not looking for an endorsement of same-sex marriage, "but that it's a valid point of view."

Their campaign is targeted and funded. They have launched in the first four and arguably most influential of the presidential nominating states: New Hampshire, Iowa, Nevada and South Carolina. And the national organization Freedom to Marry has committed $1 million to the effort.

The group just completed its lobbying campaign in Nevada, which might be their easiest stop, since the state party, which leans libertarian, has officially made marriage a non-issue by stripping all social issues from its platform.

"If we truly are the party of freedom, we need to be the party of choice," Fiore, who was raised by a lesbian couple in Brooklyn, New York, told CNN.

But not all states share Nevada's view and not all local Republican chapters are run by libertarians. In Iowa, for instance, where Christian conservatives are a dominant force in the party, resistance is certain.

"Any entity is more than welcome to try and make their case," Jeff Kaufmann, chairman of the Iowa Republican Party said, "but marriage certainly is a difficult swallow for our rank and file."

Young Conservatives' next stop is South Carolina, another state with a socially conservative Republican base. Deaton, who is from the South and is gay, says he understands evangelicals' and Southerners' concerns and believe that he has the ability to at least soften their opposition.

We’ll find out when the GOP finalizes its platform in Cleveland in the summer of 2016.