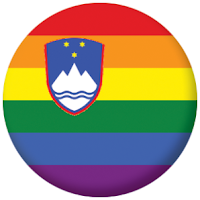 LJUBLJANA (Reuters) - Slovenia permitted same-sex marriages for the first time from Friday (Feb 24) under a law giving gay couples largely the same rights as heterosexuals though barring them from jointly adopting children.

The head of the unit in charge of weddings in Slovenia's second largest city Maribor, Ksenija Klampfer, told Reuters the first lesbian wedding would take place there on Saturday.

"We are very happy and proud that we will perform the first same-sex wedding. We believe that such marriages are an important step towards formation of an inclusive society where people have equal rights," Klampfer said.

A number of other European Union states have legally recognised same-sex marriages, including Britain, France and Spain, but the issue remains contentious in many other EU countries.

The law was passed 10 months ago after a December 2015 referendum rejected a draft which would also have given gay couples the right to adopt children.

"This is a big step forward," Lana Gobec, spokeswoman for the Legebitra LGBT rights campaigning group, said. "But we will continue to strive for complete equality of heterosexual and same-sex couples."

Officials in Ljubjana said no same-sex couple had registered to marry in the capital so far.

Gay activists say more remains to be done in Slovenia. Apart from being denied the right to adopt children, they are also excluded from artificial insemination.

"We are still far from our goal... If you truly recognise human rights you recognise them in full. The new law solves some problems but does not solve the basic problem that all people in our country should have the same rights," gay partners Jure Poglajen and David Zorko said in a statement.

Homosexual couples in Slovenia, a European Union member with a 2 million population, have been able to register their relationship since 2006 and are also allowed to adopt children from a partner’s previous relationship - though not the children of others. 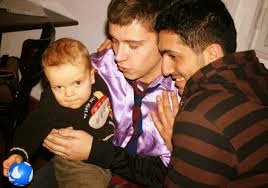 Slovenia has become the 11th country in the European Union to allow marriage between same sex couples, who are also now legally allowed to adopt children, just three years after a similar law was rejected in a referendum.
The Slovenian parliament passed the law by a comfortable 51 to 28 votes, although the law was fiercely protested by two center right opposition parties and various interest groups.
“This will be a step towards a truly patient and inclusive society which Slovenia enters the twenty-first century,” Matej Tasner Vatovec of the center-left party United Left, which tabled the law, told parliament before the vote. 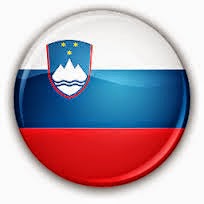 One of the groups, which opposed the law, the Civil Initiative for Family and Children’s Rights, said Wednesday that it would try and push for a referendum to oppose the law. Slovenia rejected a similar proposal in a referendum in 2012.
But this is unlikely to succeed, because Slovenia changed the law in 2013, which prohibits referendums on issues of human rights.
Slovenia’s neighbor Croatia, and another country of the former Yugoslavia, rejected gay marriage and adoption in a referendum in 2013, although couples can register their partnerships.
A number of European Union countries including Britain, Spain and France have recentlyrecognized same sex marriages, although they remain a divisive issue within the more conservative members of the EU.
There are now 21 countries worldwide, which allow same sex marriages.
http://rt.com
Over 5.6 Million Reads Adam Gonzalez at March 05, 2015 No comments: