Finally a Public Apology to the LGBT Community

On a Saturday evening in 1978, hundreds of supporters of gay rights took to the streets of Sydney. They were inspired by international Gay Solidarity Celebrations, which spread globally following the Stonewall Riots of 1969.
It had been almost a decade since gay patrons at the Stonewall Inn in the Greenwich Village of New York, fought against police discrimination and harassment, which resulted in a riot. The Stonewall Riots are often described as the catalyst for the gay rights movement across the United States and further abroad. On Saturday, June 24, 1978, Sydney was tarred by the same bloody brush. What began as a celebration at Taylor Square on Oxford Street turned into a violent police crackdown.
Nearly four decades later, the government of the Australian state of New South Wales apologised to gay rights activists involved in the violent 1978 parade for the first time.

During the parade, demonstrators followed a single truck down the street, cheering and dancing to the music that played out of its sound system. As they moved down the street, revellers joined the parade.
What happened next changed the course of the gay rights movement in Australia. When the truck reached the city's central park, Hyde Park, where speeches were to take place, police pounced and shut down its music system and arrested the driver.
Supporters were not deterred. They continued their march along another major road of the city, William Street, and then into Darlinghurst Road. It led them straight into a police trap, where paddy wagons and officers waited for the protesters.
A bloody and violent clash between police and gay rights activists occurred, with 53 people arrested and many of them subjected to further ill treatment in custody. Homosexuality was a crime in New South Wales until 1984.
At the time, the Sydney Morning Herald published the full names, addresses and occupations of those arrested, which led to many people being outed as gay to those close to them and losing their homes and jobs.
It was a devastating moment for gay rights in Australia, but it also kicked off a chain of events that led to legislation changes, including the ability to protest without a permit, and ultimately, the decriminalisation of homosexuality in Australia.
By 1979, the Mardi Gras parade took place with no incident. To this day, the gay pride parade is one of the biggest in the world and walks the same path that those early activists paved in 1978.

New South Wales' newly stated regret followed an apology by the Sydney Morning Herald for its actions after the arrests. "The paper at the time was following the custom and practice of the day. We acknowledge and apologise for the hurt and suffering that reporting caused. It would never happen today," Editor-in-chief Darren Goodsir wrote Wednesday.  Many of the original group of 500 LGBT supporters, known as the "78ers," were present in NSW Parliament on Thursday as MPs apologised on behalf of the government. Liberal MP Bruce Notley-Smith presented the apology motion for "the harm and distress the events of 1978" had on the group and their families. He said:
"We recognise that you were ill-treated, you were mistreated, you were embarrassed and shamed, and it was wrong," Notley-Smith said.
"I hope it's not too late that you can accept an apology but also we want to recognise that for all of that pain that you went through, you brought about fundamental change in this society and fundamental change for the many gay and lesbian people like myself, who can be open and relaxed about ourselves.
"You were the game changers."
Loud cheers rang out in the public gallery.
Labor MP John Robertson added his message of thanks and called for the younger generation fighting for equality currently in Australia to not give up. "Thank you for what you did, thank you for standing up for what was right," he said. "To the younger people here, stand up and keep fighting, stand up and continue your activism because right will always win out."
Independent MP Alex Greenwich also praised the actions of the 78ers in their fight for gay rights in New South Wales. "We are all here because of your bravery, your courage, your sacrifice," he said.
The crowd gave a standing ovation
Jenni Ryall
Mashable
Over 5Million Reads Adam Gonzalez at February 26, 2016 No comments: Links to this post 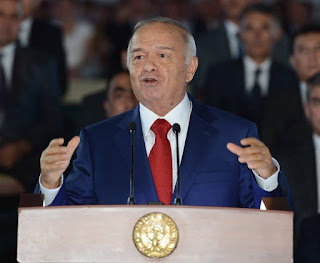 There are many dictators around the world who are well-known for their oppressive ruling of countries, such as Kim Jong Un. But there are many others that operate under the radar of the world media. They may not have a direct connection to the West or have a nuclear arsenal at their disposal, but their despotic actions need to be known. So we’ve decided to put together a list of the worst of the worst. Six rulers who have been profiled on OZY and are among the cruelest, most corrupt despots around today. They may hail from countries as different as Eritrea and Laos, but what they share is a shocking disregard for human rights and seemingly unfettered power to persecute their own.
Islam Karimov: Boils Prisoners Alive

You may not recognize the name, but this 77-year-old ruler of Uzbekistan has one of the most abysmal human rights records in the world today. For 24 years running, the Central Asian nation near the Caspian Sea has been terrorized by its own leader, who has killed thousands of unarmed protesters, forced children to work in slavelike conditions and imprisoned thousands for their religious beliefs. Karimov has even executed prisoners without a trial, according to our reporting, including boiling a couple to death. Read more here.
Yahya Jammeh: Threatens to Decapitate Gays 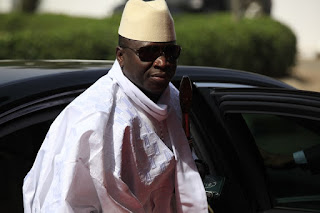 Gambia’s President Yahya Jammeh has something of a temper.
Source: Sunday Alamba/Ap
Since taking over Gambia in a 1994 coup, President Jammeh — or “His Excellency,” as he prefers to be called — has ruled the country with a lethal mix of fear, repression and murder. He’s been know to fire into crowds of peaceful protesters, has imprisoned people for suspected witchcraft and, at one depressive point, demanded homosexual persons leave the country within 24 hours or face the possibility of being beheaded. Read more here.
Isaias Afwerki: The African Leader Who Imposes Indefinite Military Service 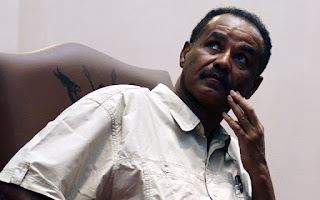 Eritrea’s President Isaias Afwerki — president for two and a half decades, voted for by … no one.
Source: James Akena/Corbis
This 69-year-old has been the president of Eritrea since its 1991 independence, and yet not a single citizen has ever voted for him. And why would they? It’s been 24 years of crushing despotism, where torture is routine, prisons are overstuffed and everyone from the age of 15 to 70 is forced into indefinite military service. Not only that, but Afwerki’s administration has reportedly imprisoned thousands of people based on their political affiliations. Read more here.
Mswati III: Uses the Power of the Crown to Marry Young Women 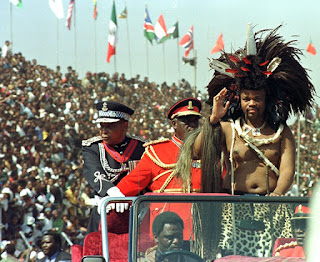 Swaziland’s King Mswati III (far right).
Source: Getty
This guy is far from being a noble individual. Mswati has used his concentrated power in Swaziland, the last absolute monarchy in Africa, to feed his every despotic need. For one, he is reported to force young women to marry him whenever the spirit moves him (or about every two years), because polygamy is, no surprise, legal in Swaziland. He’s also not really interested in democracy or feeding the poor or finding jobs for the 23 percent of the population that is currently unemployed. This despot, who became king at 18, has a total of 15 wives and an indefinite number of luxury cars. He may cut a cartoonish figure, but his corrupt ways are no laughing matter. Read more here.
Alexander Lukashenko: Ships Activists to Labor Camps 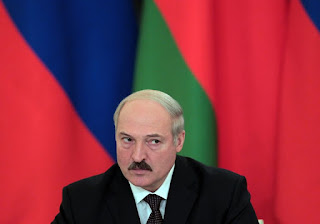 Belarusian President Alexander Lukashenko.
Source: Sergei Ilnitsky/Corbis
Condoleezza Rice has called him “Europe’s last dictator,” and he’s playing his role to the hilt. President of Belarus for more than two decades, Lukashenko has ruled the former Soviet state with an iron fist that would make the Kremlin proud. He censors the press, sends human rights activists to labor camps and gets rid of political rivals, either by throwing them in jail or, in the case of his former prime minister and head of the opposition, making them disappear. Read more here.
Choummaly Sayasone: Enforces State-Sanctioned Abductions 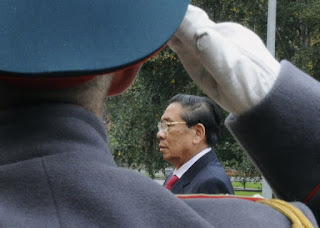 Lao President Choummaly Sayasone pays tribute during a wreath-laying ceremony at the Tomb of the Unknown Soldier in Moscow on Oct. 13, 2011.
Source: Alexander Nemenov/Getty
The president of Laos may be 79 years old, wear spectacles and have thinning hair, but his mild appearance masks a tyrannical personality. Boasting a record of human rights violations as long as the Mekong River traversing this Southeast Asian country, Sayasone’s government owns all newspapers, TV stations and radio stations, effectively snuffing all free expression. And if anyone manages to rise above these restrictions, they’re bound to be imprisoned or even disappear.  Read more here.

ozy.com
Over 5Million Reads Adam Gonzalez at October 09, 2015 No comments: Links to this post