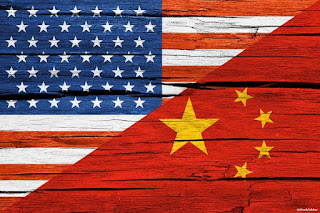 Count President Donald Trump as one of Chinese phone maker ZTE's new allies.
The US Has A President Helping The Chinese Built A Cell Phone to Compete with Americans~~WHY? You have to use your imagination but Trump says is because too many chinese have been put Out of work!  What?  Use your imagination again. This throws the whole world upside down. As you read you will find out  the Commerce Department banning the Chinese phone ZTE from Using Android parts.
Somepeople say we already went to war with both Chna and Russia, they won and installed their man at the White House. Don't be surprise that during Trump's remaining time in the White Hosue or when he leaves there won be a chain of Trump Towers All over China.
ZTE, the fourth-largest smartphone maker in the US, has been dealing with the US Commerce Department denial order that prevented US businesses from selling hardware or services to the company -- a seven-year ban that forced the company to shut down "the major operating activities of the company."
It looks like ZTE may get a reprieve. Trump tweeted on Sunday that he was working with Chinese President Xi Jinping to "find a way to get back into business, fast."
This would mark a stark reversal of the harsh punishment the Commerce Department handed out to ZTE for its failure to properly dole out its own reprimand to employees involved in selling US origin equipment to Iran. ZTE had been working to get the denial order overturned and had pegged its hopes on broader bilateral trade talks between the US and China.
"This is entirely unprecedented," said Doug Jacobson, an export controls and sanctions attorney for Jacobson Burton Kelley who represents suppliers that do business with ZTE.
Spokesmen for the Commerce Department and ZTE weren't immediately available for comment.
It's not the first time Trump has intervened when it comes to dealings with foreign companies. In March, Trump squashed a deal for Broadcom, which was headquartered in Singapore, to buy San Diego-based Qualcomm because of concerns it would hurt US leadership in 5G technology.
ZTE had to shut its business down because the Commerce Department ban prevented it from using critical parts of the Android operating system, including access to the Google Play store and newer versions of Android and security patches. In addition, it was prevented from using carrier tools to offer software updates and security patches to existing phones. The company also couldn't get access to critical components for networking equipment, which it sells to a wide variety of countries, including India, Austria and Italy.
This is where Trump business office is located in Beijing. The next one might be located at TRump Beijing Tower.                                           🦊 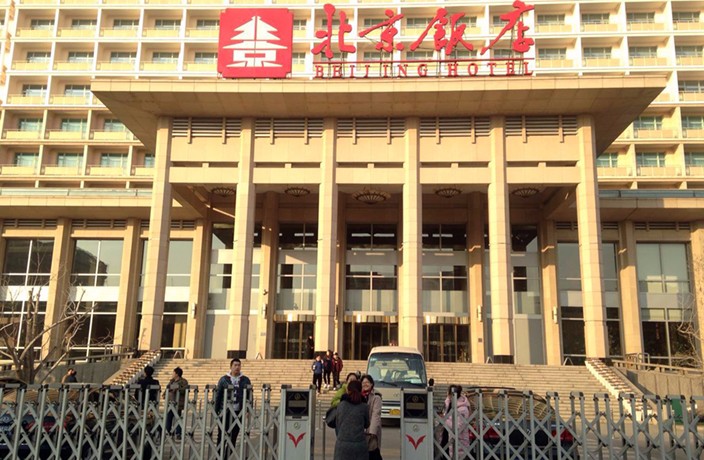 Over 5Million Reads Adam Gonzalez at May 14, 2018 No comments: Links to this post