Most Think Black History Month Should Be a Regular Curriculum 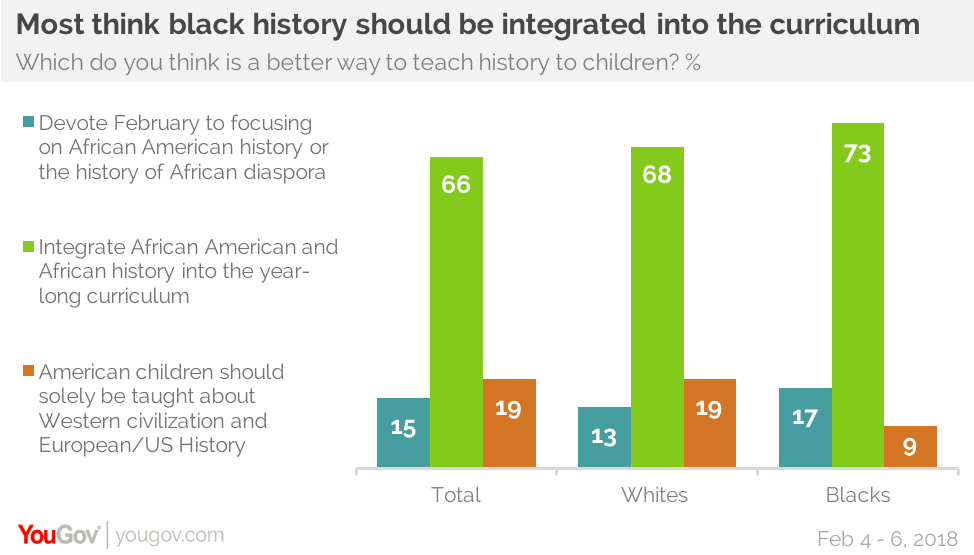 One in five Americans seem to reject teaching Black history at all, saying that only European and U.S. history should be taught. Three in ten Republicans think that.
While whites are generally satisfied with the amount of black history taught in American schools, African-Americans are not – 85% of blacks say there is not enough black history being taught these days. One in five – nearly all of them white – think there is too much black history taught in schools. But there is a large age difference. More than half of whites under the age of 30 think there is not enough black history in schools; those 45 and older are just as likely to think there is too much as too little black history in the schools.
In the 2010 census, nine million people described themselves as being of more than one race. And Americans overall in the Economist/YouGov Poll clearly accept that categorization. Most say anyone with one black and one white parent, or someone with one black and three white grandparents should declare both races. African-Americans are a little more likely than whites to say those individuals should say they are only black. 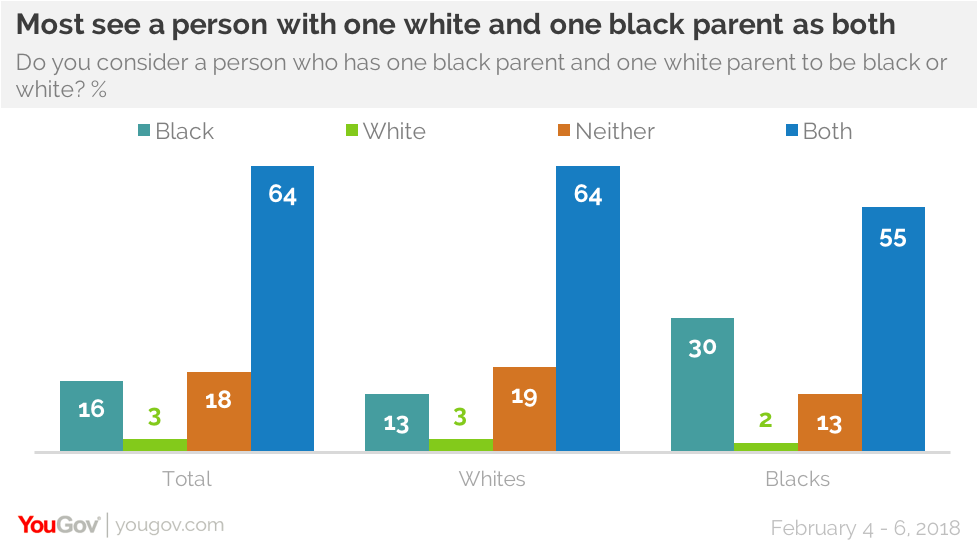 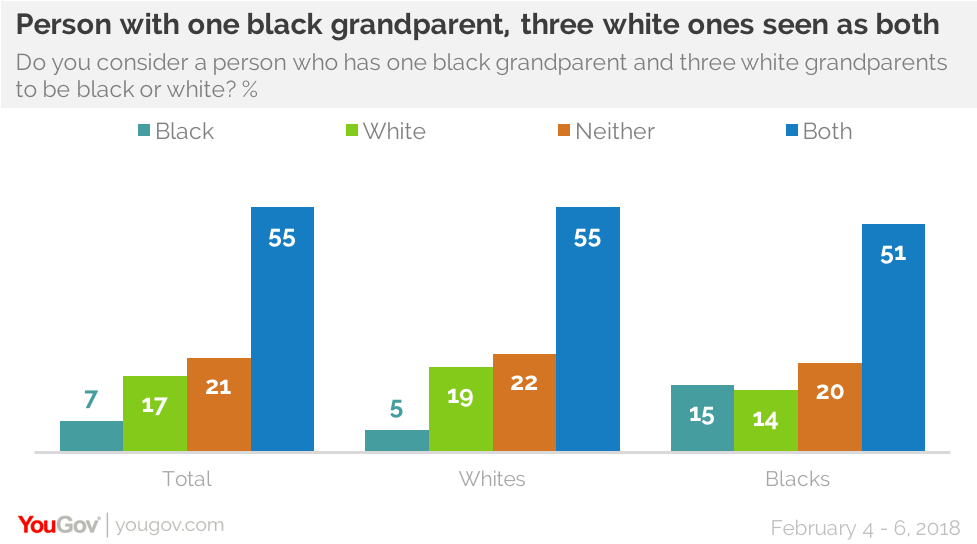 But as for Barack Obama, who did have one white parent and one black parent, the answer is different. Majorities of both whites and blacks say he is black. Less than a third think he should be described as someone of both races. 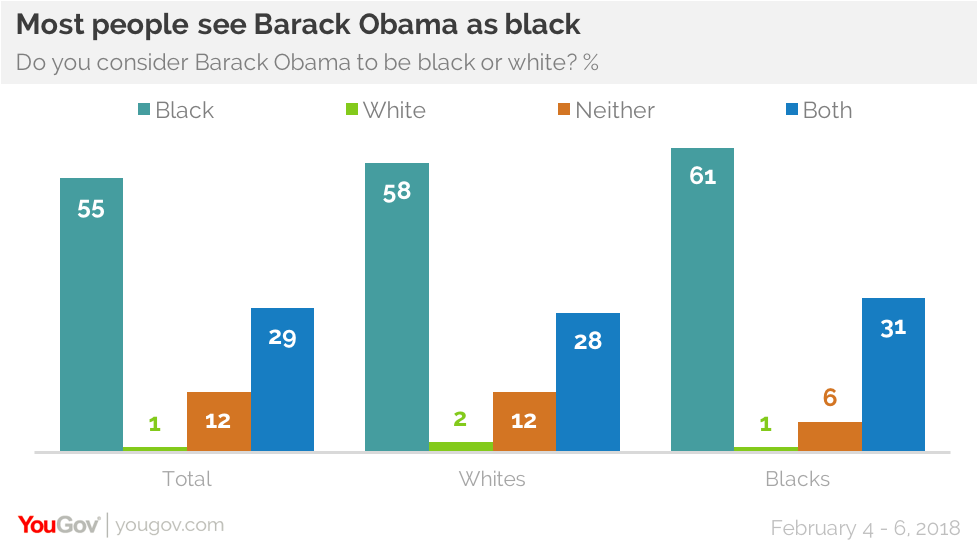 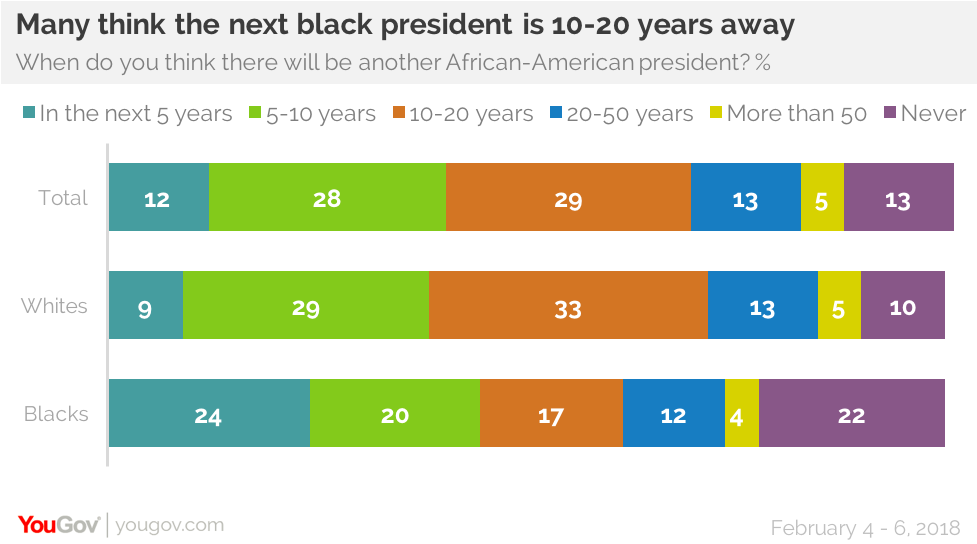 This year, for only the fifth time, an African-American, Jordan Peele, was nominated for Best Director at the Oscars. A third of blacks in this survey say they have already seen Get Out, the film for which Peele was nominated. (Just 13% of whites in the poll say they have.) One in four blacks say Get Out should win Best Picture, and nearly a third say Peele should be Best Director. (This year’s awards take place March 4.)
So far, no African-American has won that Best Director Oscar. But both whites and blacks agree that a black director will win that Oscar before there is a black woman President, or a black Pope (though the Catholic population in Africa is growing, and it is projected to have the largest share of Catholics in the world within a few decades), or a black astronaut on the moon, or that a black person will become the richest person on earth.