He compared his own relationship with acclaimed editor Arnold Glassman to the characters. “I always felt that without a huge agenda, when I was writing Bert and Ernie, they were. I didn’t have any other way to contextualize them. The other thing was, more than one person referred to Arnie and I as ‘Bert and Ernie,’ ” Saltzman recalled. However, Sesame Workshop tweeted a statement denying Saltzman’s assertion hours later.
“As we have always said, Bert and Ernie are best friends. They were created to teach preschoolers that people can be good friends with those who are very different from themselves,” the tweet reads. “Even though they are identified as male characters and possess many human traits and characteristics (as most Sesame Street Muppets do), they remain puppets, and do not have a sexual orientation.”
Of course, Bert and Ernie are pop culture icons. They even covered The New Yorker in July 2013, which Saltzman referenced in his interview. More recently, the duo remade the theme song of The Fresh Prince of Bel-Air, which skyrocketed Will Smith to fame. In the Muppet version, they rap about how they met.
“I said, ‘hello’ when I got near,” Bert sings in the video, released on Sesame Street‘s YouTube channel. “He said …” “Oh what’s that? I got a banana in my ear,” Ernie adds.
“Wanna be friends who laugh learn and share?” Bert responds. “Ernie pointed to the chair and said …” as Ernie continues, “Sit right there.”
“One half of a whole, one half a pair,” Bert sings.
“This is the story of how we became Ernie and Bert. What a pair,” Ernie concludes.
Over 5Million Reads Adam Gonzalez at September 19, 2018 No comments: Links to this post

Email ThisBlogThis!Share to TwitterShare to FacebookShare to Pinterest
Labels: Clip Art, Comes Out


Heartbreak is real -- even for cartoon characters. In a new episode of Disney XD's "Star vs the Forces of Evil," Star Butterfly is crushed when her boy-BFF Marco smooches another girl. But that’s not why the internet's buzzing!

It was so nonchalant that it's almost unnoticeable: The scene was the first-ever Disney cartoon to include a same-sex kiss. In fact, there were two.

In the episode, a One Direction-esque boyband launches into a rendition of their hit song "Just Friends." 14-year-old Star and Marco (who are, of course, just friends themselves -- for now!) are rocking out.

Suddenly, Star notices that she and Marco are surrounded by kissing couples. Among them are a gay couple and a lesbian one.The landmark cartoon moment is lost on Star (voiced by "The Middle"'s Eden Sher), who is just alarmed to turn around and see Marco locking lips with another girl! Has she been secretly crushing on him all along? We’ve all been there. We haven't yet seen any obvious nods to the LGBT community during Disney's big-screen features -- although some speculated gay undertones in "Frozen" -- but that'll soon change with the March release of "Beauty and the Beast."According to director Bill Condon, LeFou (Josh Gad) will clearly demonstrate a struggle with his own feelings toward leading man Gaston. The film will include Disney's first "exclusively gay moment.”There will be a “big pay-off at the end,” Condon promised.

We haven't yet seen any obvious nods to the LGBT community during Disney's big-screen features -- although some speculated gay undertones in "Frozen" -- but that'll soon change with the March release of "Beauty and the Beast."

According to director Bill Condon, LeFou (Josh Gad) will clearly demonstrate a struggle with his own feelings toward leading man Gaston. The film will include Disney's first "exclusively gay moment."


There will be a “big pay-off at the end," Condon promised.

aol.com
Over 5Million Reads Adam Gonzalez at March 01, 2017 No comments: Links to this post

Tracer, Banned by Putin for Being Gay Has Come Out to All 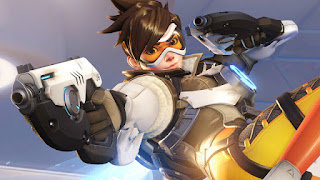 In the comic, Tracer is trying hard to find a last-minute Christmas present for Emily – a blue/green scarf – but, as a good samaritan, she feels guilty and gives the last available scarf to another patron present at the store. Luckily, the holiday spirit works in her favour as a young girl presents her with the exact same scarf just in time for her to bring it back home.

Tracer’s exact sexual inclination is still unclear, as far is if she is a lesbian, bisexual or some other identity in the LGBTQIA+ spectrum but I doubt that much will be explicitly confirmed.

Tracer’s freshly announced sexuality has received mixed reactions. Many are still in doubt if this is merely perpetuating the “hot lesbian” trope. Basically, the argument here is that Blizzard might be taking a shortcut to LGBT representation in Overwatch.

And, there’s something to be said for stating and understating someone’s sexuality, the way The Last of Us accomplished with Bill – a character who just so happened to be a gay, but it was never sensationalised by the media.

Some have also made the argument that a more challenging paradigm shift would actually be the inclusion of gay male characters. While more gay males showcasing would be an interesting addition, it should not come at the cost of female LGBT representation, which is disproportionately low compared to male LGBT representation.

thetechportal.com
Over 5Million Reads Adam Gonzalez at December 21, 2016 No comments: Links to this post 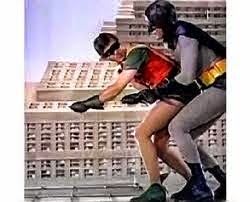 Set in New York, the book was just released in English, but had been previously published in Italy in 2008. The book's author, Marco Mancassola, told The Independentthat "Batman has always had a very dark side. And it shouldn't be a shock that my version of this character indulges in weird forms of fetishism and extreme sex.
"Narcissism is his inner abyss," the author said. "He let his only real love story miserably fail because he is in love with the mystery of youth — that inacessible, fleeting kind of spirit that he sees in the eyes of his young male and female pick-ups."
The Independent article points out that lawyers from DC Entertainment may not like the depiction, but the author said, "There was no intention to shock or offend anybody:Erotic Lives of the Superheroes is just an attempt at exploring the complex humanity of a group of characters."
Of course, speculation about Batman's sexuality has been common among comic book fans for awhile, with even Batman writer Grant Morrison admitting "he's intended to be heterosexual, but the basis of the whole concept is utterly gay." Actor George Clooney, who played the character in the 1997 film Batman & Robin, has said he played the character as a gay man.
The book's staging of Batman as a gay man comes on the heels of actor Andrew Garfield surprising fans in mid-July with the question, "why can't Spider-Man be gay? Why can't he be into boys?”
newsarama.com
Over 5Million Reads Adam Gonzalez at August 06, 2013 No comments: Links to this post

“It Gets Better” With Archie and Kevin

The team behind the long-running Archie comic book series are the latest creative people to bring the It Gets Better campaign to life, with the help of their popular gay character Kevin.

Archie Comics’ CEO John Goldwater says he’s been thrilled by the response to Kevin Keller since he first appeared in print back in 2010, in a sell-out first issue.
“Kevin Keller will forever be a part of Riverdale,” he promises, “and he will live a happy, long life free of prejudice, hate and narrow-minded people.”

Comic book artist Dan Parent, who created Kevin, says the Archie team work hard to make sure that storylines include many issues that people face today.
“We now have stories about Kevin’s younger years in the form of a young adult novel,” he says of Kevin’s development. “We also were inspired to create future stories about his life as an enlisted member of the military who is marrying his boyfriend.”
Over 5Million Reads Adam Gonzalez at July 10, 2013 No comments: Links to this post