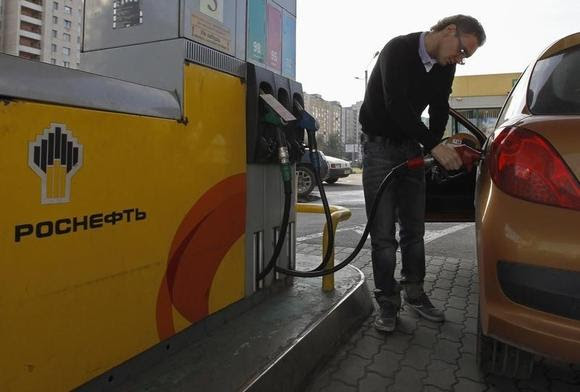 A man fills a tank of his car at the fuel station of Russian state oil firm Rosneft in St. Petersburg, October 18, 2012.

Lower oil prices and Western financial sanctions imposed over the Ukraine crisis will cost Russia around $130-140 billion (83-89 billion pounds) a year - equivalent to around 7 percent of its economy - Finance Minister Anton Siluanov said on Monday.
His comments are the latest acknowledgement by Russian policymakers that sanctions restricting borrowing abroad by major Russian companies are imposing heavy economic costs. But in Siluanov's view, the fall in oil prices is the bigger worry.
"We're losing around $40 billion a year because of geopolitical sanctions, and about $90 billion to $100 billion from oil prices falling by 30 percent," he told a news conference.
"The main issue that affects the budget and economy and financial system, this is the price of oil and the fall in monetary flows from the sale of energy resources."
Official forecasts suggest Russia's gross domestic product is likely to be around $1.9-2.0 trillion this year, at average exchange rates.
Siluanov's estimate of the cost of lower oil prices is in line with analysts' rule of thumb that each $1 fall in the oil price lops around $3 billion off export earnings. The oil price has slumped from nearly $115 per barrel in June to around $80 now.
Oil and gas account for around two-thirds of Russia's exports, making the balance of payments highly vulnerable to oil price falls.
Natalia Orlova, chief economist at Alfa Bank, said the $90-100 billion estimate did not take into account the effect of the weakness of the rouble, partly caused by the fall in the oil price, which would help to compensate the loss by boosting exports and curtailing imports.
The rouble has lost 25 percent of its value against the dollar since June, and Orlova said the net impact of lower oil prices on the economy would be around $40 billion.
But when it comes to the cost of sanctions, Siluanov's estimate of $40 billion may be conservative, based on the direct cost to companies unable to borrow abroad rather than the overall impact on investor behaviour.
Other analysts have arrived at gloomier estimates, taking into account the indirect cost of sanctions and overall East-West tensions linked to Ukraine.
In its latest monetary strategy, the central bank forecast that net capital outflow this year would be $128 billion, more than double the $61 billion seen in 2013, as a result of "the events in Ukraine and the introduction of sanctions".
Last week, influential former finance minister Alexei Kudrin said the impact of "formal and informal" sanctions on the rouble - and by implication the wider economy - was comparable to the impact of lower oil prices, and that foreign investor confidence would take seven to 10 years to recover.
(Reporting by Elena Fabrichnaya; Writing by Jason Bush and Alexander Winning; Editing by Kevin Liffey)
Over 5Million Reads Adam Gonzalez at November 26, 2014 No comments: Links to this post 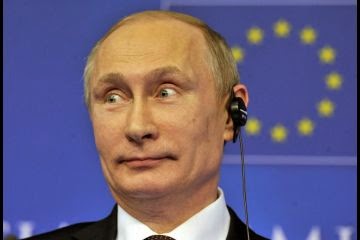 Having for months dismissed Western sanctions on Russia as toothless, business leaders here are now afraid that the downing of the Malaysian jetliner will bring about an international isolation that will cause serious and lasting economic damage.
Throughout the Ukrainian crisis, U.S. and European sanctions had mainly targeted a handful of individuals, sparing economic ties. Then last week the U.S. imposed penalties on some of Russia's largest corporations. And when the airliner was shot down just a day later in Ukraine, allegedly by separatists with Moscow's support, concern grew in Russia that the sanctions would only get worse as President Vladimir Putin shows little sign of cooperation.
Reinforcing those concerns, the European Union said Friday it is planning newer, tougher penalties on businesses.
"Over the past few months, there was a sense that Mr. Putin acted decisively, forcefully, and correctly, and that everybody else in the world would accommodate themselves to that reality and we'd get back to something like business as usual," said Bernard Sucher, a Moscow-based entrepreneur and board member of Aton, an independent investment bank. "Now we're talking about real fear."

- The European Union threatened Russia on Tuesday with harsher sanctions over Ukraine that could inflict wider damage on its economy following the downing of a Malaysian airliner, but it delayed action for a few days. 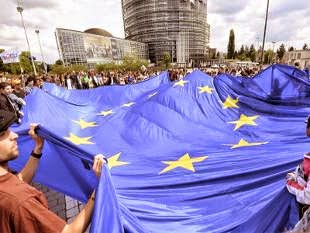 Efforts to forge a united front were hampered by a French announcement that the planned delivery of a warship to Moscow would go ahead despite U.S. and British pleas to halt it.
At a meeting in Brussels, EU foreign ministers for the first time raised the possibility of restricting Russian access to European capital markets, defence and energy technology, asking the executive European Commission to draft proposals this week.
Such sanctions would require the approval of all EU governments and would apply only if Moscow does not cooperate with an international investigation into the Malaysia Airlines plane crash in an area of eastern Ukraine controlled by Russian-backed separatists, and if it fails to stop weapons flowing into the country.
"I am happy that we have taken a decision which is I think quite forceful and that we have reached this decision unanimously," Dutch Foreign Minister Frans Timmermans told reporters after the meeting.
Timmermans opened the meeting after a minute's silence was held in memory of the 298 people - 193 of them Dutch - who died when flight MH17 crashed last Thursday en route from Amsterdam to Kuala Lumpur.
The ministers agreed to widen the list of individuals and entities targeted by asset freezes and visa bans, and opened up the possibility of imposing sanctions on people who give financial support to Russian decision-makers.
British Foreign Secretary Philip Hammond said London wanted the measures to target friends and allies of Kremlin chief Vladimir Putin to pressure Russia to stop meddling in Ukraine.
"The word is 'cronies': the cronies of Mr Putin and his clique in the Kremlin are the people who have to bear the pressure," he said. "If the financial interests of the group around the leadership are affected, the leadership will know about it."
Tuesday's meeting took place as the United States piled pressure on Europe, which is wary of antagonising a vital energy supplier, to move fast against Russia.
The president of the former Soviet republic of Lithuania, now an EU member, accused France of pursuing a policy akin to the 1930s appeasement of Nazi Germany over its decision to go ahead with the delivery of a helicopter carrier to Moscow.
EU envoys will discuss the wider target list for existing sanctions on Thursday.
Some diplomats said EU leaders may hold a special summit to take a final decision on wider economic measures. One said a meeting was "highly likely" next week.
The next scheduled summit is due on Aug. 30 but Polish Foreign Minister Radoslaw Sikorski said the decision could also be taken by ministers or by an exchange of letters.
ARMS FLOW
Several ministers called for an arms embargo on Russia to try to stem a flow of weapons that is fuelling the conflict, including surface-to-air missiles suspected of bringing down the airliner. German Foreign Minister Frank-Walter Steinmeier said any such ban would only apply to future contracts.
Washington says the plane was brought down by a surface-to-air missile fired from territory in eastern Ukraine held by pro-Russian separatists. Moscow denies involvement but EU ministers said they would consider branding the rebel groups as "terrorist organisations", subjecting them to sanctions.
Differences between Paris and London burst into the open on Monday when President Francois Hollande said delivery of a first French helicopter carrier built for Russia would go ahead, hours after Prime Minister David Cameron had said such a delivery would be "unthinkable" in Britain.
Hollande said the handover of a second Mistral-class warship under a 1.2 billion euro ($1.6 billion) contract signed in 2011 by his predecessor would depend on Russia's attitude.
Hollande won support among both his own Socialists and the conservative opposition UMP for standing up to outside pressure. Socialist Party leader Jean-Christophe Cambadelis said Cameron should "start by cleaning up his own backyard", referring to the presence of Russian oligarchs close to Putin in London.
Cameron's spokesman said Britain was ready to consider sanctions that would affect its own interests, notably in financial services. When asked about the comment that it was time to target "cronies and oligarchs" around Putin, the spokesman said he had seen little evidence that London-based Russian tycoons were involved in supporting the Ukraine rebels.
Sikorski said the possible financial sanctions against Russia could include barring Moscow's access to debt refinancing in the European public and private sectors. "Theoretically (this) can be decided already on Thursday," he told reporters.
Lithuanian President Dalia Grybauskaite, an outspoken critic of Putin, compared the French attitude with the appeasement of Nazi Germany in the 1930s.
"If European states keep on acting so indecisively, this is a direct invitation for the aggressor to be more aggressive and go further," she told LRT public radio. "In 1930s Nazism wasn’t stopped, and now aggressive Russian chauvinism isn’t stopped and that resulted in the attack against a civilian plane."
Ukrainian Foreign Minister Pavlo Klimkin urged Europe to move faster. "We need not just tough talking, but we also need bold action by the European Union," he told reporters in Brussels. "I believe that in these circumstance arms and weapon supplies to Russia is also against the EU code of conduct."
In a step apparently designed to embarrass Russia, Britain's interior ministry announced a decision to hold a public inquiry into the death of former KGB spy Alexander Litvinenko, who died of radioactive polonium poisoning in London in 2006.
Litvinenko blamed Putin on his deathbed for ordering his killing. Moscow denied any involvement. Britain had rejected a request for an inquest last year when relations with Russia were warmer.($1 = 0.7417 Euros)
By Justyna Pawlak and Adrian Croft