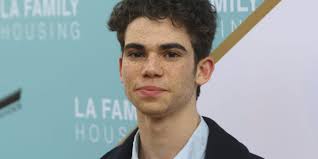 Cydney Henderson, USA TODAY
Disney Channel star Cameron Boyce's cause of death has been deferred, requiring a further investigation from the coroner's office.
Boyce was pronounced dead at his North Hollywood home Saturday afternoon at 2:35 p.m. after he was found unresponsive, the Los Angeles County Department of Medical Examiner-Coroner said in a press release Monday. He was 20.
Public Information Officer Sarah Ardalani said that the actor's cause of death has been deferred "pending further investigation" after an autopsy was completed Monday.
There was no further information on the nature of the required investigation.
Boyce's family told ABC News – which is part of the Disney/ABC Television Group owned by the Walt Disney Company – that the actor succumbed to a seizure.
"It is with a profoundly heavy heart that we report that this morning we lost Cameron," the family told ABC. "He passed away in his sleep due to a seizure which was a result of an ongoing medical condition for which he was being treated.

He was also set to appear as a series regular opposite Kathryn Hahn in HBO’s new coming-of-age comedy, Mrs. Fletcher. He additionally had roles in the upcoming American Satan TV spinoff Paradise City, and the indie film Runt, directed by William Coakley.

Boyce was born in Los Angeles in May 1999. He made his acting debut at 9 years old in the 2008 horror film Mirrors with Kiefer Sutherland and Paula Patton. He went on to land a role in the 2010 Adam Sandler film Grown Ups, as the comedian’s son.

Over 5Million Reads Adam Gonzalez at July 10, 2019 No comments: Links to this post