Is Trump Going to Sign? or Was it just a game of Chicken? Commerce is good but maintaining secure elections is even better.

The Senate on Thursday took time out from debating health care to pass a bill to keep current sanctions on Russia in place until Congress says otherwise, setting up a potential clash with the White House.

Despite weeks of vacillating from the president's spokespeople over whether President Donald Trump would sign the bill, it passed easily by a margin of 98-2. Only Sens. Bernie Sanders and Rand Paul opposed the measure.

Along with hardening sanctions already in place against Moscow, stripping Trump of his ability to lift them without congressional approval, the bill adds new economic penalties against Russia, Iran, and North Korea.

The House of Representatives voted 419-3 to enact the sanctions package on Tuesday, giving it a veto-proof majority moving forward. Two-thirds of both the House and Senate are required to overturn a presidential veto.

The White House did not immediately respond to a BuzzFeed News request for comment on whether the president will sign the bill or force Congress to vote to override a veto. White House Press Secretary Sarah Huckabee Sanders said following the House vote Tuesday that Trump had been “very vocal about his support for continuing sanctions on those three countries” but would wait to see what the final legislation looked like.

Sen. Bob Corker, who chairs the Foreign Relations Committee, told reporters after the vote that he had spoken to both Trump and Secretary of State Rex Tillerson over the last week and had received "no indication whatsoever that they plan to consider a veto."

“When you have this kind of overwhelming vote, you know... I can’t speak for them, but if I were advising them, to even consider vetoing something with this support is not probably in anybody’s interest. ... They can count. They understand the math," he added.

Senators from both sides of the aisle spent the short window of time debating the bill on the floor Thursday night not so much trying to convince their counterparts, but praising each other for its bipartisan nature.

Sanders, one of just two no votes, said on Twitter following the vote that while he supported the sanctions on Russia and North Korea, he opposed the bill because he "worr[ies] very much about President Trump’s approach to Iran."

Russia, on the other hand, has said that the legislation further threatens relations between Moscow and Washington, which have been icy for the last several years. The current sanctions were put into place by the Obama administration in response to Russia's annexation of Crimea in 2015, its support for rebels in eastern Ukraine, and its interference in the 2016 US election.

Sen. Mark Warner, the top Democrat on the Senate Intelligence Committee which is investigating Russian interference in the 2016 election, praised the near-unanimous vote on Thursday.

“This bill passed with overwhelming majorities in both the Senate and the House, sending a strong message to Vladimir Putin that attacks on our democracy will not be tolerated," Warner said in a statement. “President Trump should sign this bill as soon as it hits his desk. Otherwise, he risks encouraging Russia’s interference in future elections.”

Asked whether signing the bill would indicate that Trump believes Russia interfered in the 2016 election, something he has been reticent to say, Corker said likely not. But, he added: "I think the lack of strong statements in that regard probably affected the outcome on this piece of legislation.”

Lissandra Villa contributed to this report.
Over 5.6 Million Reads Adam Gonzalez at July 28, 2017 No comments:

What Are The New Sanctions Approved on Monday Against Russia 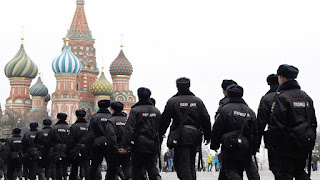 Senate leaders said they had reached an agreement late on Monday to approve new sanctions against Russia for interfering in the 2016 presidential election and for the country’s conduct in Ukraine and Syria, delivering a striking message to a foreign power that continues to shadow President Trump.

The bipartisan measure would place the White House in an uncomfortable position, arriving amid sweeping investigations into ties between Mr. Trump’s associates and Russia. The sanctions package would also cut against the administration’s stated aim to reshape the United States’ relationship with Russia after Mr. Trump took office.

In a statement released late Monday, the top Republican and Democratic senators on the Foreign Relations Committee and the Committee on Banking, Housing, and Urban Affairs said the agreement would impose new sanctions and “provide for a mandated congressional review” if the White House sought to ease penalties unilaterally.

The new sanctions would be imposed upon “corrupt Russian actors,” people involved in human rights abuses, suppliers of weapons to the government of President Bashar al-Assad in Syria and people conducting “malicious cyber activity on behalf of the Russian government,” among others.

The measure would also cement existing sanctions, including some affecting Russian energy projects, that were enacted as part of executive orders, the senators said.

What you need to know to start your day, delivered to your inbox Monday through Friday.
Receive occasional updates and special offers for The New York Times's products and services.

The agreement has the blessing of Senator Mitch McConnell of Kentucky, the majority leader, and Senator Chuck Schumer of New York, the minority leader. In a statement, Mr. Schumer called the new sanctions “a powerful and bipartisan statement to Russia.”

Earlier this year, Secretary of State Rex W. Tillerson requested more time before new sanctions were put into place, hoping to improve a relationship with Moscow that he said had reached its lowest point in years.

Some Republicans, including Senator Bob Corker of Tennessee, the chairman of the Foreign Relations Committee, were initially inclined to give the administration space. But last month, Mr. Corker said he had seen “no difference whatsoever” in Russia’s conduct, noting its “work against our interest” in Syria.

He called on Mr. Tillerson to demonstrate progress with Russia in short order if the administration hoped to head off bipartisan sanctions legislation in the Senate.

On Monday, Senator Benjamin L. Cardin of Maryland, the top Democrat on the Foreign Relations Committee, suggested the president would face immense pressure not to stand in the way of a united congressional effort to punish Russia. “I’d be very, very surprised if the president vetoes this bill,” Mr. Cardin said before the deal was announced.

The measures are being considered with an Iran sanctions bill that is nearing passage in the Senate. That bill would impose the most sweeping sanctions against Iran since the United States and five other world powers, including Russia, reached a deal with Tehran in 2015 to sharply limit Iranian nuclear capability.
New York Times