A man has been cleared of murdering his ex-RAF pilot partner in a knife attack in Edinburgh after claiming the fatal wound was self-inflicted.
Darren McLauchlan, 24, was accused of murdering Steven Barrett, 27, at a flat in Edinburgh's Lochend Butterfly Way.
At the High Court in Edinburgh McLauchlan was acquitted on a majority not proven verdict by a jury.
McLauchlan was found guilty of attempting to defeat the ends of justice.
He falsely told police Mr Barrett had been attacked and injured outside the flat and cleaned a knife.
He also got a friend, Shannon Nisbet, to make false statements to officers investigating the incident on 6 April 2013. 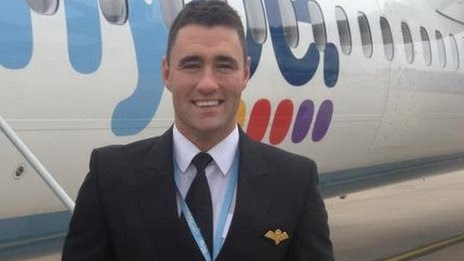 Mr Barrett had been a Flybe first officer working out of Edinburgh
Sentence was deferred on McLauchlan for that offence until next month for the preparation of a background report.
The trial judge Michael O'Grady QC told jurors after the verdict: "This has been a very difficult, anxious and distressing case."
McLauchlan, from Glasgow, had denied inflicting the fatal stab wound to the heart of Mr Barrett during his evidence and told the court: "I would have no reason to do such a thing."
His counsel Gordon Jackson QC told the jury it was an unusual and most distressing case and said: "When we look together at the evidence it is impossible to be satisfied, never mind satisfied beyond reasonable doubt, that this happened in the way it is alleged."
Mr Jackson said the defence asserted the stabbing victim did it to himself.
A pathologist told the court that it was not possible to determine whether the stab wound resulted from an assault or was self-inflicted.
The court heard McLauchlan had met Mr Barrett on a holiday in Gran Canaria.
Mr Barrett had been working for Flybe out of Edinburgh Airport as a first officer. 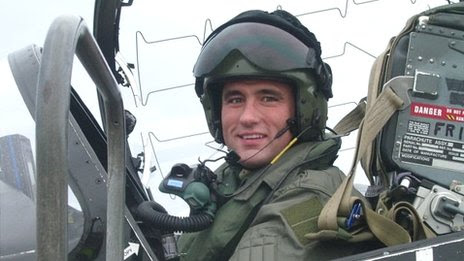 Over 5Million Reads Adam Gonzalez at May 27, 2014 No comments: Links to this post