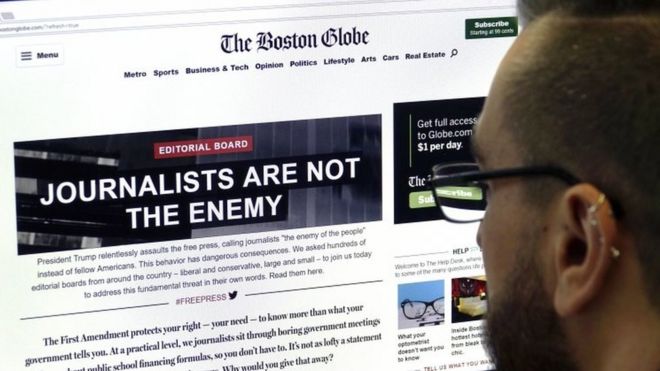 More than 300 news outlets have launched a campaign to counter US President Donald Trump's attacks and promote a free press.
The Boston Globe made the call last week for a nationwide denouncement of the president's "dirty war" against the media, using the hashtag #EnemyOfNone.
Mr Trump has derided media reports as "fake news" and attacked journalists as "enemies of the people".
And he tweeted on Thursday: "The fake news media is the opposition party."
"It is very bad for our great country... But we are winning!"
End of Twitter post by @realDonaldTrump
UN experts have warned that Mr Trump's comments about the media raise the risk of violence against journalists.
The Boston Globe had pledged to write an editorial "on the dangers of the administration's assault on the press" on 16 August, and asked others to do the same.
The initial positive response from 100 news organisations has grown closer to 350 with major US national newspapers and smaller local outlets answering the call, along with international publications like the UK newspaper The Guardian.

What have the papers said?

The fact that Mr Trump won without such media endorsements may cast doubt on whether the Globe's campaign would actually dent his support.
Later on Thursday, President Trump tweeted that the Globe "is in collusion with other papers on free press".
There have been some dissenting voices to the Globe's campaign:

By BBC's White House reporter Tara McKelvey
Trust in the media has dipped to an all-time low, and Mr Trump has tapped into this well of discontent, prompting journalistic outcry.
In fact "the media" - in popular parlance - means an amorphous blob of TV networks. Even people in flyover country, a region where voters supported Mr Trump, see individual reporters in a more nuanced way, as I've discovered. 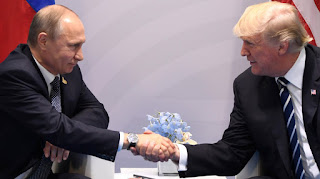 President Trump has been accused of increasing the risk of violence against journalists with his attacks
Recently I was interviewing someone in a Kansas liquor store (it's a long story) and a big, burly construction worker burst in the door and shouted: "The media!"
I looked up uneasily, and he smiled and said I was doing important work.
When Mr Trump attacks "the media", crowds roar. In general terms, people condemn "the media".
Privately, though, Mr Trump is chummy with us - and often asks how we're doing.
And ordinary people across the US are also gracious towards journalists, showing a real appreciation for their work .

What does the American public think?

A poll released on Tuesday by Quinnipiac University suggested that 51% of Republican voters now believed the media to be "the enemy of the people rather than an important part of democracy" and 52% of the Republican supporters polled were not concerned that Mr Trump's criticism would lead to violence against journalists.
Among all voters, 65% believe the news media to be an important part of democracy, the poll suggests.
An Ipsos poll, also this month, gave similar figures. In addition it found that 23% of Republicans, and about one in eight Americans overall, believed Mr Trump should close down mainstream news outlets like CNN, the Washington Post and the New York Times.

Have journalists been under physical attack?

Mr Trump has certainly ramped up the pressure on mainstream media with numerous tweets.
The Trump Twitter Archive says he has tweeted 281 times so far using the term "fake news".
When he brings up the matter at his rallies, some journalists have felt uneasy about their safety and have even avoided using designated reporter zones.
At a presidential rally in Florida in July, CNN filmed Mr Trump's supporters yelling insults and swearing at reporters covering the event. CNN presenter Jim Acosta tweeted a clip, which contained strong language. 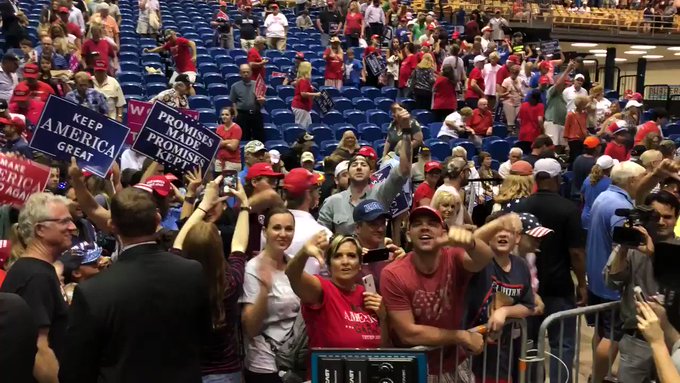 ✔
Just a sample of the sad scene we faced at the Trump rally in Tampa. I’m very worried that the hostility whipped up by Trump and some in conservative media will result in somebody getting hurt. We should not treat our fellow Americans this way. The press is not the enemy.

A man was also arrested in January for making threats to CNN employees via telephone calls that referred to "fake news".
The publisher of the New York Times, AG Sulzberger, told Mr Trump in a personal meeting in July that the president's language was "contributing to a rise in threats against journalists and will lead to violence".
But most of the Globe's campaign is about maintaining a free press and its own editorial does not even touch on violence.
Some outlets do, however, refer to the recent killing of five people at the offices of the Capital Gazette in Maryland.
This, and an incident in which two journalists were killed live on air in Virginia in 2015, well before Mr Trump was elected, are used to highlight the dangers of the profession, although both were allegedly carried out by people with personal grievances.

Over 5Million Reads Adam Gonzalez at August 17, 2018 No comments: Links to this post