All The Evidence Tells Leonardo da Vinci Was Gay, Here is Some More 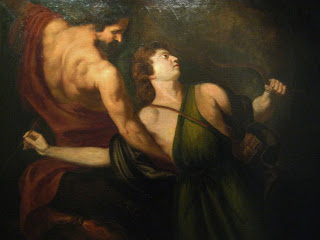 A new TV series about Leonardo da Vinci that portrays the Italian artist and thinker as a gay outsider has reopened a long-running debate about his sexuality.
The eight-episode drama, entitled Leonardo, was co-created by Sherlock writer Stephen Thompson and is due to premiere next year to coincide with the 500-year anniversary of da Vinci’s death. Each episode of the series, commissioned by a coalition of European broadcasters, will revolve around one of his masterworks, reports The Times.
Asked about the decision to depict the Renaissance polymath as gay, Thompson told entertainment magazine Variety: “It’s certainly a feature but it’s not the main pillar on which we are hanging it.”
All the same, the question of da Vinci’s sexuality has been discussed at length by countless historians.
The artist never married and although his writings “do not disclose any specific romantic interests, most recent biographers have concluded that he almost certainly had same-sex desires”, says The Times.
As Kandice Rawlings of Oxford University Press notes, “there’s no way of knowing Leonardo’s sexual orientation for sure” but “scholars’ opinions on the issue fall along a spectrum between ‘maybe’ and ‘very probably’”.
US historian Walter Isaacson’s biography Leonardo Da Vinci, published last year, portrays the artist as “a comparably modern figure”, says The New Yorker. Da Vinci is “not merely ‘human’, as the author likes to point out, but a blithe societal misfit: illegitimate, gay, vegetarian, left-handed, easily distracted, and at times heretical”, the magazine adds.

The only historical document concerning the painter’s sexual life is an accusation of sodomy made in 1476, while he was a student at the workshop of Andrea del Verrocchio. Da Vinci and three other young men were accused of sodomising Jacopo Saltarelli, an apprentice goldsmith and male prostitute, but the charges were later dismissed.
However, accusing someone of sodomy in 15th-century Florence “was not an infrequent tactic used to cause someone else trouble”, says ThoughtCo. Da Vinci was anonymously accused, and “it’s quite tempting to speculate that the accuser was a lesser-talented artist”, the educational website adds.
One of the few references that Da Vinci made to sexuality in his notebooks states: “The act of procreation and anything that has any relation to it is so disgusting that human beings would soon die out if there were no pretty faces and sensuous dispositions.”
But in his book, Leonardo: The Artist and the Man, historian Serge Bramly argues that “the fact that Leonardo warns against lustfulness certainly need not mean that he himself was chaste”. 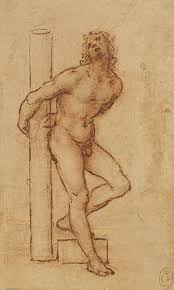 Freud's view
Many people believe Da Vinci was homosexual because Sigmund Freud said so, in a 1910 essay. In the paper, titled Leonardo da Vinci and a Memory of his Childhood, the renowned psychoanalysis argues that the artist was celibate but was secretly gay, and that he sublimated these inclinations through a deep study of human anatomy.
“Freud pointed to a coldly clinical drawing of heterosexual intercourse among da Vinci’s notes, which shows the lovers standing up, like mannequins,” writes The Guardian art critic Jonathan Jones, who adds that “Leonardo drew many highly detailed studies of the anal sphincter”.
Jones believes Da Vinci was “almost certainly gay,” but points out that he was also “passionately involved with women  -  on canvas, at least”.
Canadian historian Elizabeth Abbott agrees that Leonardo was probably homosexual, and believes that the trauma of the sodomy case led him to follow a life of celibacy for the remainder of his years.
“To minimise or deny his homosexual orientation, he probably opted for the safety device of chastity,” Abbott writes in her book History of Celibacy.
The Week
Over 5Million Reads Adam Gonzalez at December 11, 2018 No comments: Links to this post