What Could Ever Be Wrong for a Dad To Kill His Pregnant wife Then Kill His 3, 4 y.o. Daughters

On social media, Chris and Shanann Watts were a smiling, picture-perfect couple from suburban Denver.
They went on oceanfront vacations, cheered for the Pittsburgh Steelers and doted on their two young daughters, Bella, 4, and Celeste, 3, while preparing their home for a third child — a boy they planned to name Niko.
In an Instagram post from November, Shanann Watts gushed over her husband on their fifth anniversary: "Chris these have been the best years of my life! Our love just grows strong everyday! We have two beautiful little girls that call us mommy and daddy!"
In May, she boasted on Facebook that "I love this man! He's my ROCK" — eliciting a response from a friend that "he is amazing! So glad you two found each other."
But that facade of a loving husband and dutiful dad was shattered Thursday when Chris Watts, 33, was arrested in connection with the deaths of his 34-year-old wife and their children, who had been reported missing three days earlier. It was an unexpected turn from earlier interviews outside of his Frederick, Colorado, home, where Chris Watts pleaded for their safe return — at one point telling reporters that "I just want them home so bad."


The Colorado Bureau of Investigation said the mother and two girls were killed Monday in the home, and Shanann Watts' body was later discovered on the property of an oil and natural gas company that Chris Watts had worked for. They also "have strong reason to believe" two other bodies recovered are those of the daughters.
A law enforcement source told NBC affiliate KUSA that Chris Watts confessed to the murders, although state investigators would not confirm that. The deadline to file charges against Watts is Monday, and he is expected to appear in court on Tuesday.
In the meantime, friends and family are asking why he would allegedly harm his daughters and wife, who was 15 weeks pregnant, and are trying to piece together clues that would indicate whether he was capable of something so sinister.
A bankruptcy filing from June 2015 reveals a family that was under financial pressure.
In 2014, the couple made $90,000 — about $61,500 from Chris Watts' job at Anadarko Petroleum and the rest from Shanann's $18-an-hour job at a call center at a children's hospital.
But they had about $70,000 worth of debt, mainly from student loans and retail purchases, in addition to their nearly $3,000 monthly mortgage payments, $600 in monthly car payments and $1,300 in other expenses. In their bankruptcy filing, the couple said they had two savings accounts with less than $10, and a joint account with less than $870.
The couple, originally from North Carolina, left for Colorado after they were married in Charlotte in 2012. The man who bought their original home in Belmont, west of Charlotte, told The Associated Press that Shanann Watts was eager to sell and left behind property.
Shanann Watts had recently returned to North Carolina for a visit with her family, and spoke with her parents' next-door neighbor. "She didn't give me an indication that there was anything wrong. She seemed pretty happy," the neighbor, Joe Beach, told the AP.
Danell Search, who works with Shanann Watts' mother at a hair salon, said she saw the family on this latest trip, according to NBC affiliate WRAL.
"She was one of those people, when she walked in the room it was just like sunshine," Search told the station. "Chris was very standoffish. He didn't really say anything. I said 'Hi' to him, and he kept his head down."
"It's just heartbreaking and devastating for this to happen to such a good person," she added. "Such cute, good girls. They had a whole life ahead of them taken away unfairly."
It's unclear how the Watts' financial fortunes may have improved — allowing them a cushy lifestyle in Colorado — but Shanann Watts flooded her social media pages with her venture working for Le-Vel, a marketing company that sells weight loss and health patches.
The company encourages sellers to use Facebook and Instagram to share apparent success stories from customers. Shanann Watts and her husband regularly took pictures together wearing the patches, and posted a photo of a Lexus she said she was awarded for her work and getaways she was afforded. She called herself a "momtrepreneur."
"All inclusive, no work, all fun vacations," she wrote recently about trips to the Dominican Republic, Mexico and San Diego.

Whatever was going on behind the scenes, Chris Watts kept his guard up when he appeared in public Monday after reporting that his wife and daughters were missing. He told investigators he had an "emotional conversation" with Shanann before he left for work at around 5 a.m.
Jon Buehler, a retired detective who investigated the murder of Laci Peterson, a pregnant California woman, in 2002, told "Today" on Friday that Chris Watts was unbelievable and "very flat" in his statements.
"He's saying the right thing, but there's nothing convincing about it," Buehler said. "It's like an act he's putting on, but he's not a very good actor."

Officials are looking for a family of four after a vehicle was seen sinking into water near the same treacherous area the Hart family fatally crashed into weeks ago.
A Honda Pilot SUV matching the description of the Thottapilly family's vehicle was seen submerged in the Eel River in Mendocino County around 1 p.m. Friday.
The San Jose Police Department said that might have been the last known whereabouts of 42-year-old Sandeep, 38-year-old Soumya, 12-year-old Siddhanty and 9-year-old Saachi.
The family who was expected to return to San Jose, Calif., on Friday from a road trip to Portland, Ore., was reported missing by a family member on Sunday.
San Jose Police Department Officer Gina Tepoorten told KPIX 5 the family never made it to their destination, and no one has heard from them since Thursday.
The water has been too dangerous for divers to search for the family, The Press Democrat reports, but officials will search the river once water levels drop. Last week, a storm dumped 2 to 5 inches of rain on the region.
Witnesses said the vehicle drove off Highway 101 in rainy weather onto a turnout, and then went over the side, the Democrat reports.
A few miles south, authorities continue to search for members of the Hart family after their GMC Yukon plunged off of a cliff into the Pacific Ocean. The crash, believed to be intentional, killed at least five members of the eight-member family. A body was recovered Saturday in the vicinity of the Hart crash.
USA TODAY NETWORKAshley May, USA TODAY

It is adamfoxie's 10th🦊Anniversay. 10 years witnessing the world and bringing you a pieace whcih is ussually not getting its due coverage. 4.9 Million Reads
Over 5.6 Million Reads Adam Gonzalez at April 12, 2018 No comments:

Charlie Sheen Trying to Out Denise and His Girls to The Curb, Again

You don’t find this story unless you go looking for it. adamfoxie* did on a text that was received. If you have something we can follow up and nobody seems to care, we might care,
1

Trade those fancy shopping bags for sticks with handkerchief bags tied to the end of them and that might be Denise Richards and her daughter if that ass stain Charlie Sheen gets his way.
Earlier this year, Radar said that Charlie Sheen’s current full-time whore and future ex-wife Brett Rossi is jealous of Denise Richards and wants him to kick Denise and his girls out of the house he owns so she can drive by and let out a cold cunt cackle as they’re all dragging their belongings out of there. Denise has lived a few houses away from Charlie’s house of porn poon and crack for years and she hasn’t moved because she doesn’t want to pull her daughters out of their school. Radar says that Charlie has gotten the lawyers involved and sent Denise an eviction letter. Charlie’s rotting ground vulture meat of a heart wants Denise and his girls out and doesn’t care if they have to sell dirt pies on the side of the road to pay rent on their next house. Radar’s source burped this up:

“Charlie’s lawyers have advised Denise it’s time to move out of the Mulholland Estates mansion. He has claimed to have a buyer for the home lined up. Charlie wants Denise and the girls out — right away. Put simply, he doesn’t seem to care where Denise moves to. Brett convinced Charlie to sell the mansion, arguing that Denise has cut off access to their daughters, why should he allow her to live in the house for free? “Charlie hasn’t spent any significant time with the girls in several months and thinks it’s ridiculous that he continue to pay Denise $55,000.”

You know that special place Hell they always talk about? They just renamed it the Charlie Sheen Suite.
How many times does that ripped-off taint sore need to threaten to throw Denise’s ass out before she uses some of that mountain of cash he gave her in a divorce settlement to buy her own damn mansion? If she doesn’t have the cash, she can easily get it. All she has to do is throw a fake stache on her younger kid’s face. Then put that younger kid on the shoulders of the older kid and throw a trench coat over them. Send them over to Charlie Sheen’s house with a wheelbarrow full of white landscape rocks from Home Depot. The young one will introduce “himself” as Charlie’s new crack dealer and make Charlie sign a purchase slip before getting his regular daily order. Charlie will be so cracked out into another dimension that he won’t know that he’s really signing over the deed to the house that Denise Richards lives in to her! The house will be hers! Blehehehehe, it’s a crackhead-proof plan. 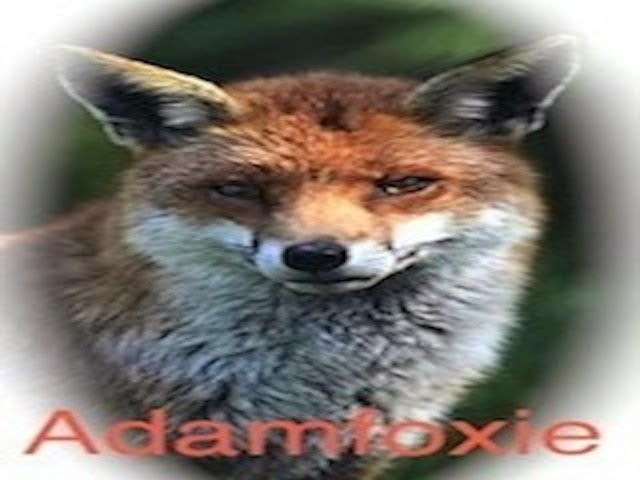