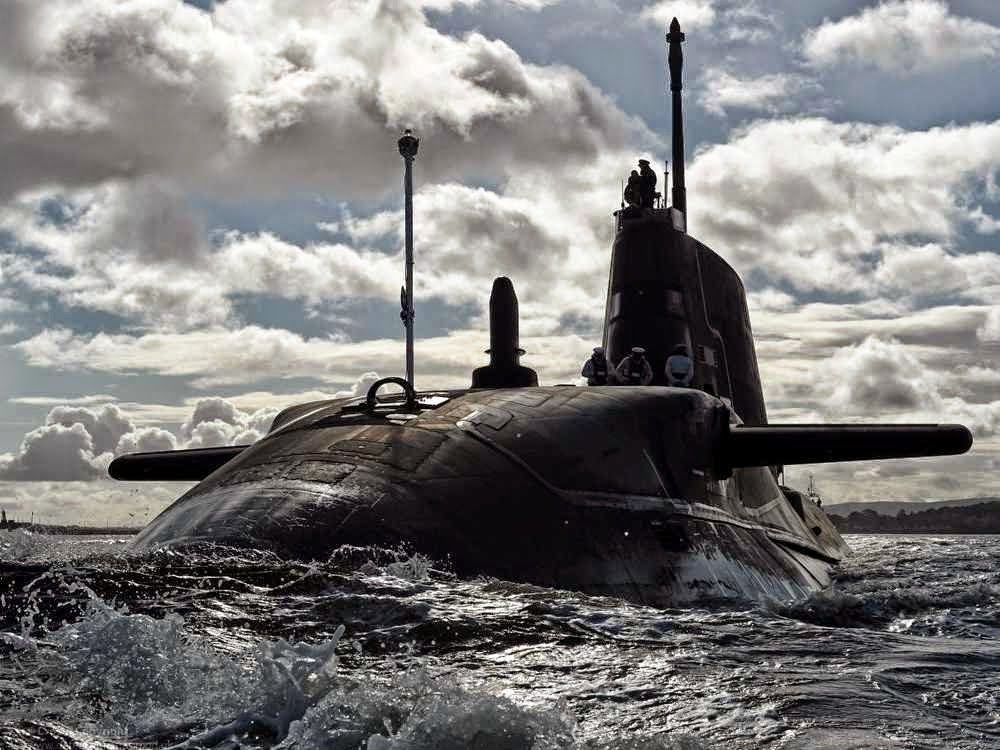 But despite the fleet of nuclear submarines and surface vessels currently stationed around Scotland, defence experts say Scotland’s naval defences are actually rather weak. Dr John MacDonald, director of the Scottish Global Forum, says that Scotland’s navy is already suffering from a “profound and fundamental” weakness. As Scottish First Minister Alex Salmond claimed in a 2013 speech, “the navy does not have a single major surface vessel based in Scotland.” Another weakness of Scotland’s current navy is the lack of maritime patrol planes. In 2011, the British government decommissioned the last of its Nimrod fleet. For over 40 years, Hawker Siddeley Nimrod planes provided maritime reconnaissance as part of Operation Tapestry, the patrol of the U.K.’s coastland. After the decommissioning of the last active Nimrod in 2011, Scotland’s coast was left with no maritime patrol planes, and the planned upgrades to the fleet have been repeatedly delayed. 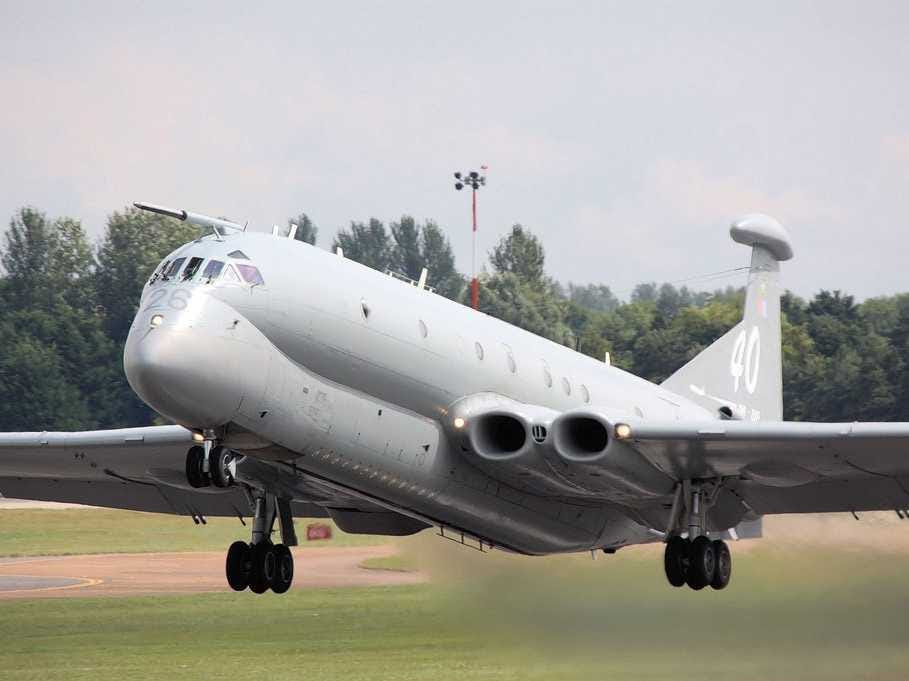 Flickr/Airwolfhound
A Nimrod plane taking off in 2009
If Scotland votes for independence, a process will begin that will see the country gradually transition to hosting its own naval force. The current plan is to build a force of 2,400 regular personnel working across two squadrons. An independent Scotland would almost certainly force the British government to remove Trident from the Faslane base, leaving the country without any nuclear-powered submarines. Removing the Trident force from Scotland is certainly possible, although it will be costly.

A study published by the Royal United Services Institute estimates the price of the move to be between £2.5 billion and £3.5 billion. That’s cheaper than some predictions had previously estimated, with one figure of £20 billion now seeming unreasonably high.
Two countries are being heralded as the blueprint for Scotland’s naval ambitions: Denmark and Norway. Scottish Global Forum director Dr MacDonald stated that the Royal Danish Navy is “providing the inspiration” for Scotland’s defence ambitions. Presently, the Royal Danish Navy has over 80 vessels, with the Royal Norwegian Navy comprising of a similar number of ships. 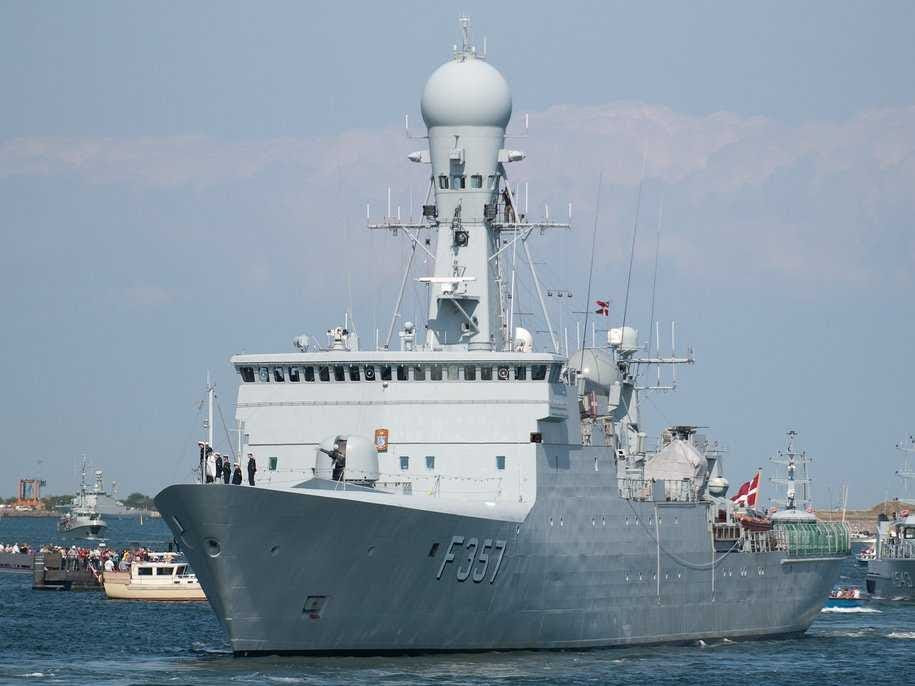 Flickr/Boegh
HDMS Thetis of the Royal Danish Navy
While it’s established that Scotland is already lacking in naval defence forces, should we be worried about leaving Scotland without its full complement of submarines to patrol the icy waters around the River Clyde?
Many British government figures have expressed doubts over the plans laid out by Scotland’s government for the formation of a new naval defence force. A paper published by defence secretary Philip Hammond in 2013 claimed that Scotland will face an “immediate and pressing challenge” to establish its armed forces due to the small size of the £2.5 billion annual defence budget. As Scotland rushes to procure naval vessels, a newly independent Scotland could find itself facing a threat from overseas.

Almost every year, there are incidents around the Scottish coast involving the Russian Navy:
While the above incidents may not sound alarming, every one of them involved a Royal Navy ship. As Scotland scrambles to either purchase or build its own ships in the model of the Danish Navy, could there be a rise in the number of times Russia decides to test the U.K.’s coastal defences? Some may expect a rise in occurrences during the difficult change-over period, but it’s possible that Russia might even lose interest. It’s currently estimated that Scotland could be rid of the nuclear submarines by 2020. If Faslane is emptied of its stock of thermonuclear warheads and nuclear submarines, will there be anything left for the Russian Navy to snoop around?
We don’t know for sure what Russia is actually doing in the seas around Scotland (if anything). If Scotland votes to become an independent country on Sept. 18, Britain will become the first country in the world to host its nuclear arsenal in an independent country, and Scotland faces a daunting six years of change in its armed forces.


http://www.businessinsider.com
Over 5Million Reads Adam Gonzalez at August 27, 2014 No comments: Links to this post

Email ThisBlogThis!Share to TwitterShare to FacebookShare to Pinterest
Labels: Scotland, Self Defense

Russians Rabbi's are going to be getting self defense.  When in NYC a week did not pass without cases that hit the press about gays being bashed and killed. My word of advice was self sefense. “Christine Quinn” front runner for mayor of NYC and currently president of the City Council and arrange with Community Health Action of Staten Island a Night for free for gays to come and lear the skills. Hope fully it will continue not just in Staten Island but all the boros.
Well the jewish Rabbi’s  got assaulted in Russia, You know Russians: "No Jews and No gays” Adam

Following Attack, Russian Rabbis to Get Self-Defense Courses
© RIA Novosti. Andrey Stenin
MOSCOW, August 13 (RIA Novosti) – Russian and Israeli police plan to offer self-defense training courses to Russian rabbis after one was attacked late last month in Dagestan, a spokesman for the Russian Jewish Congress said Tuesday.
The idea endorsed by Israeli Internal Security Minister Yitzhak Aharonovich, who pitched it to his Russian counterpart, Vladimir Kolokoltsev, during a recent meeting in Moscow, the spokesman told RIA Novosti.
“Instructors … will teach [the rabbis] how to protect community buildings and how to act in case of an attack or other emergencies,” the spokesman said.
The courses will being in Moscow at an unspecified later date, the spokesman said. Prospective students will include rabbis, as well as youth group members, school and kindergarten teachers and regular members of Jewish communities nationwide.
The program follows an attack on a rabbi in the Dagestani city of Derbent in late July, the spokesman said. The victim was hospitalized in serious condition but survived the attack, which Russian police blamed on the local Islamic insurgency.
Russia, whose total population stood at 141 million in 2010, had about 156,000 people who identified themselves as Jews for that year’s nationwide census.
Israel has its own martial art, Krav Maga, initially developed in the 1930s by Jews who had to defend themselves against street attacks by fascists. The martial art is currently used by the Israeli army and security services.
It remained immediately unclear whether courses for Russian rabbis would teach Krav Maga or some other self-defense system.
Over 5Million Reads Adam Gonzalez at August 14, 2013 No comments: Links to this post