Scotland Yard Does Not See a Difference Bet.Homosexual to Homophobia

One has to give kudos to Buzzfeed.com  for sticking with their questioning of the way this major Police Dept (MET) classifies a community called LGBT, to crimes committed to this community, to offenses between partners within this community. It would seem they only know two words Homosexual and Homophobic to cover a complex large community of Lesbians, Gays, Bisexuals and Transgender’s and crimes to the community and within the community. Food for thought for other large police depts. around the world but particularly in known non homophobic governments. 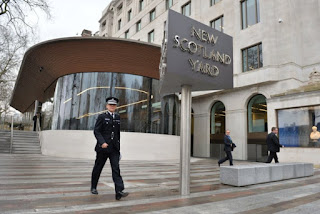