The Glasgow Commonwealth Games 2014 are up and running - and already sparking a Twitter storm with a thinly-veiled stunt supporting gay marriage.
Within the first few minutes of the opening ceremony, singer John Barrowman kissed a man waiting at at the aisle for him before the pair skipped away hand in hand.
Viewers were quick to praise organisers for showcasing their support for gay marriage which is illegal in 42 of 53 commonwealth countries.
One wrote on Twitter: "Love that the opening of the Opening Ceremony was a speed date with Scotland with a hosted by a lesbian and a gay man. Gaun yirsel', Glesga!"

Another added: "A gay man & woman sing the opening ceremony song, a tongue-in-cheek & camp musical number featuring two men kiss. Brilliant. #Glasgow2014"
Last week, David Cameron was urged to take a stand against member states’ treatment of the LGBT community.
Speaking to the  Independent , gay rights campaigner Peter Tatchell said: "We are appealing to Prime Minister David Cameron to speak out against homophobia and transphobia in the Commonwealth in the run-up to the Commonwealth Games.
"We also want him to express his public support for Article 7 of the Commonwealth Games Federation constitution, which prohibits any form of discrimination – including discrimination in athlete selection for the national teams."

Call to Deal and End Homophobia in Glasgow

A protest against homophobia in the Commonwealth will be held at Downing Street later to draw attention to the issue ahead of the Games in Glasgow.
Of the 53 member countries, 42 criminalise homosexuality.
Political campaigner Peter Tatchell is calling on David Cameron to speak out against homophobia.
A Glasgow conference will examine the human rights of lesbian, gay, bisexual, transgender and intersex (LGBTI) people in the Commonwealth later this week.
The Peter Tatchell Foundation says 42 Commonwealth countries criminalize homosexuality, with penalties up to life imprisonment in at least seven member states and the death penalty in parts of northern Nigeria and rural Pakistan.
'Non-discrimination' 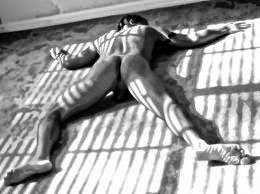 Mr Tatchell, has previously written to the organisers of Glasgow 2014 urging them to make sure that all Commonwealth countries competing at Glasgow pledge their commitment to Article 7 of the Commonwealth Games Federation constitution.
Article 7 states: "There shall be no discrimination against any country or person on any grounds whatsoever, including race, colour, gender, religion or politics."
Human rights campaigners also want the prime minister to declare his support for non-discrimination.
Mr Tatchell said: "Given the extreme homophobia and transphobia in most Commonwealth countries, it is very unlikely that most national selection committees would allow a lesbian, gay, bisexual, transgender or inter-sex (LGBTI) athlete to compete at Glasgow.
"David Cameron can help by making clear that such discrimination is incompatible with Commonwealth Games values and rules.
Over 5.6 Million Reads Adam Gonzalez at July 16, 2014 No comments: Links to this post