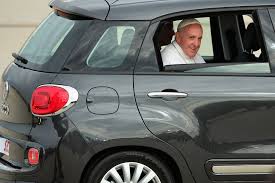 DETROIT (ChurchMilitant.com) - Pope Francis has reportedly restored a defrocked priest — an openly gay theologian and LGBTQ advocate — to active ministry.
James Alison, an English priest and a one-time Dominican, alleges he received a phone call from Pope Francis on Sunday, July 2, 2017, that rescinded the suspension of his priestly faculties. Alison was suspended from active ministry in the late 1990s, having been forbidden to preach, teach, hear confession or say Mass.
Alison relates the telephone exchange as follows:
Him: "Soy el Papa Francisco." ("This is Pope Francis.")
Me: "¿en serio?"  ("Are you serious?")
Him: "No, en broma hijo." ("No, just joking, son.")

Pope #Francis to James Alison: "I want you to walk with deep interior freedom, following the Spirit of Jesus. And I give you the power of the keys. Do you understand?" http://jamesalison.co.uk/texts/this-is-pope-francis-calling/ … #Catholic #Gay #LGBT 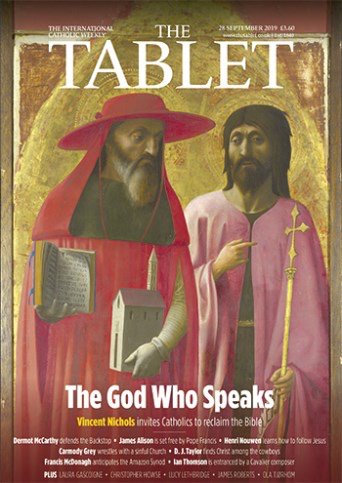 See Frederic Martel's other Tweets
"Look to what Francis does, not what he says," Neumayr says, "for clues."
In his theological writing, Alison talks about "dimensions of the systemic structural trap that is the clerical closet."
Such dimensions include:
He has also described the issue of gay men in the priesthood an "elephant in the sacristy."

A prominent liberal Catholic journalist *finally* acknowledges the elephant in the sacristy: the gay priest problem, in connection with the abuse scandal. But he says the REAL problem is "homophobia". That takes, um, balls: https://www.washingtonpost.com/news/acts-of-faith/wp/2018/07/23/the-catholic-churchs-sex-abuse-scandals-show-it-has-a-gay-priest-problem-theyre-trapped-in-the-closet/?utm_term=.d81df31e2ee2 …

Perspective | The Catholic Church is enabling the sex abuse crisis by forcing gay priests to stay...

The problem is abuse of power, an abuse that happens as a result of homophobia that keeps gay men in the closet.
washingtonpost.com

Pope Francis Declares Homosexual Tendencies Are "Not a Sin”

Crux
In Rome}} Pope Francis has said that homosexual tendencies “are not a sin,” while encouraging parents who begin “seeing rare things” in their children to “please, consult, and go to a professional,” because “it could be that he [or she] is not homosexual.”
Asked about his famous soundbite “Who am I to judge?”, the pope said, “Tendencies are not sin. If you have a tendency to anger, it’s not a sin. Now, if you are angry and hurt people, the sin is there.”
“Sin is acting, of thought, word and deed, with freedom,” Francis said.
Asked by Spanish journalist Jordi Evole if he thinks it’s a “rarity” for parents to have a homosexual child, the pope answered that “in theory, no.”
“But I’m talking about a person who is developing, and parents start to see strange things … Please consult, and go to a professional, and there you will see what it is and may not be homosexual, that is due to something else,” he said.
Francis also said that in his opinion, it’s usually challenging for a family to have a homosexual child, as they can be “scandalized by something they don’t understand, something out of the ordinary … I’m not making a judgement of value, I’m doing a phenomenological analysis,” he said.
The pope’s words came in response to a question about comments he made last summer, when he said parents who detect their children have homosexual behaviors should take them to a psychiatrist.
In a new interview that aired Sunday with the Spanish news outlet La Sexta, the pope said he was “explaining that you never throw a homosexual person out of the house, but I made a distinction that when the person is very young and begins to show strange symptoms, it’s useful to go … I said to a psychiatrist, at that moment you say the word that comes out and, on top of that, in a language that is not yours.”
From his comments, Francis said, the media took away “‘the pope sends homosexuals to the psychiatrist,’ and they didn’t see the rest, and this is ill-intentioned.”
During the interview, the journalist alternates between the terms “homosexual” and “gay,” but the pope always uses the word “homosexual.” During his trip back from Brazil, in 2013, speaking with journalists, Francis famously became the first pope to use the word “gay.”
Once a homosexual identity is “set,” Francis said, a homosexual man or woman “has the right to a family, and that father and mother have the right to a son [or daughter], come as it may, and no son or daughter can be thrown out of the home.”
On abuse, it’s a process
The pope was also asked about his Feb. 21-24 summit on clerical sexual abuse, and he said that he understood some victims aren’t satisfied with the results.
“I understand them because one sometimes looks for results that are concrete facts of that moment,” he said. “For example, if I had hung 100 abusive priests in St. Peter Square, it’s a concrete fact, I would have occupied space.”
“But my interest is not to occupy spaces, but to start healing processes,” he said.
The concrete result of the summit, he argued, was to “start processes, and this takes time,” he said, but it’s the only way “for the cure to be irreversible.”
Francis compared the abuse crisis to the conquest of America by the Spanish, saying history has to be understood with the hermeneutics of the time. Prior to the explosion of the Boston scandals in 2002, he said, the “hermeneutics was it’s better to hide it, avoid future evils.”
But “when you hide, it propagates, once the culture of uncovering begins, things don’t propagate,” the pope said, encouraging survivors to come forth.
Over 5Million Reads Adam Gonzalez at April 02, 2019 No comments: Links to this post