The Alt. Right is Driven Right Out of Boston by Counter Protestors(on Video) 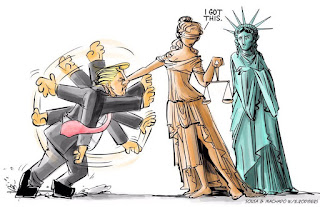 Over 5Million Reads Adam Gonzalez at August 19, 2017 No comments: Links to this post

Lee Manuel Viloria-Paulino had brought 16-year-old Mathew Borges to his family home just once, in the middle of November. Viloria-Paulino’s tight-knit family knew only that they were classmates at Lawrence High School, a family spokeswoman said. If it was a friendship, it seemed new.

But a few days after that visit, Viloria-Paulino, 16, went missing. About two weeks later, on Thursday, his decapitated body was found along the banks of the Merrimack River. On Saturday, Essex County District Attorney Jonathan Blodgett announced at an afternoon press conference that Borges had brutally killed Viloria-Paulino, mutilating his body so badly that the autopsy took 11 hours.
Cops in Massachusetts arrested a 16-year-old boy accused of decapitating a classmate whose disappearance was reported to police in mid-November.

A woman walking her dog along the Merrimack River discovered a body, later identified as missing 16-year-old sophomore Lee Manuel Viloria-Paulino, along the shore in Lawrence on Thursday afternoon.

The body was in a gruesome state — the arms had been hacked off and the head was found 50 feet away, according to the Eagle Tribune.

Viloria-Paulino’s Lawrence High School classmate, Mathew Borges, was arrested Saturday morning after investigators found evidence linking him to the teenager’s death at his home and along the river.
Viloria-Paulio’s family filed a missing person’s report, fearing the worst, but heartbroken relatives said police ignored the case.

“We are poor, we are Hispanic, they considered this a normal runaway case,” the teen’s grandmother, Ivelisse Cornielle, told the Globe. “I told them from day one that it wasn’t.”Of disconcert, (a report via fox25boston) quoted the slain boy’s family saying that Lawrence police treated their son’s disappearance as though he had run away, ‘because he was Hispanic’.

Cornielle wonders if her grandson would still be alive had police had been quicker to Viloria’s disappearance seriously.
Lee Manuel Viloria-Paulino, 16, was found slain on the banks of the Merrimack River in Lawrence, Mass., on Thursday. His head and arms had been hacked off.

Essex District Attorney Jonathan Blodgett said Borges will be arraigned on Monday and charged as an adult.

“This was a horrific, horrific murder,” Blodgett said.

“While it shook the community, we were completely and totally committed in our resolve to bring this to justice.”

Lee Manuel Viloria-Paulino was always singing — during lunch, even during class. If his friends told him to pipe down, he would just sing louder, until they were all laughing together.

A sophomore at Lawrence High School, he wrote poetry, and encouraged his classmates to follow their dreams. He talked about how love beats material things every time.

“He had a really big heart,” said Stephanie Soriano, 15, a high school friend.

“The most pure soul you could ever come across,” added her friend, Kialy Pichardo, 16.