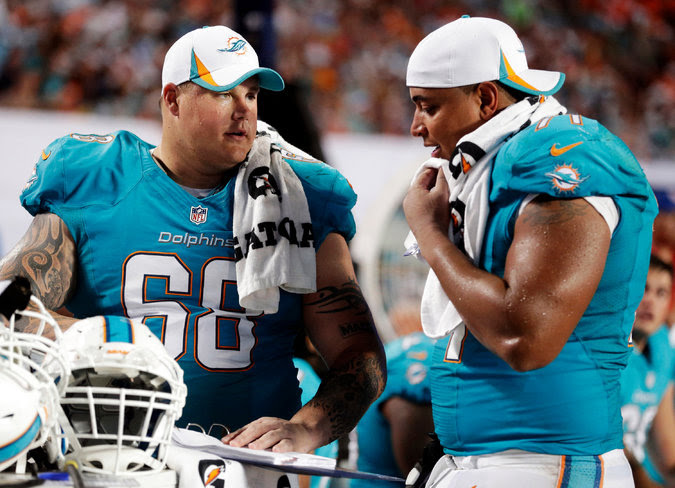 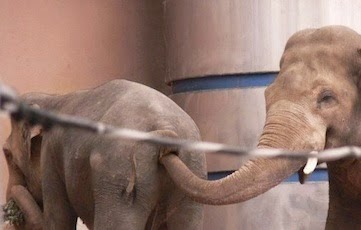 On the Miami Dolphins’ practice field, players would simulate having sex with a teammate’s sister. In the team’s hallways and meeting rooms, racist epithets and homophobic language flowed. One coach gave an offensive lineman an inflatable male doll as part of his Christmas stocking stuffer. Many of the Dolphins knew but did not say or do anything.

It was, apparently, part of the job. And because of it, a young player, Jonathan Martin, quit the team and debated giving up on his career, driven away under such psychological duress that he twice considered committing suicide.

In a 144-page report commissioned by the N.F.L. to explore allegations of bullying within the Dolphins, the life of players was depicted in extraordinary, and often horrific, detail, evoking “Lord of the Flies” more than the highlight reels that saturate autumn Sundays. It determined that three Miami offensive linemen — Richie Incognito, John Jerry and Mike Pouncey — “engaged in a pattern of harassment” toward Martin, another young offensive lineman and an assistant trainer that included improper touching and sexual taunting.

The verbal and physical abuse was widespread and even celebrated, according to Ted Wells, a defense lawyer who was hired by the N.F.L. in November to investigate the scandal that engulfed the Dolphins and the league, which has attained exceptional popularity while facing issues like spying on opposing teams, bounty programs designed to injure players and growing awareness of the long-term dangers of brain trauma sustained on the field.

The report, released Friday morning, was based largely on emails, text messages and more than 100 interviews conducted with Miami personnel, from players to coaches, management to support staff. After presenting his findings, in often vulgar and explicit detail, Wells’s conclusion was striking in its restraint: “We encourage the creation of new workplace conduct rules and guidelines that will help ensure that players respect each other as professionals and people.”

At the end of a week when an N.F.L. draft prospect’s coming out revived the debate about whether the league was ready for an openly gay player, the report’s descriptions of homophobic comments and bullying seem to suggest that the league has a long way to go. The investigators even seemed to accept the notion of locker-room behavior as boys being boys, writing that they recognize that “the communications of young, brash, highly competitive football players often are vulgar and aggressive.”

Still, they acknowledged that improvements must be made. “With the recent announcement by Michael Sam, it is even more urgent a tolerant atmosphere exist throughout the league,” the report said.

Although the report also concluded that “Martin’s teammates did not intend to drive him from the team or cause him lasting emotional injury, it is possible, even likely, that teams will enact stricter, and more specific, anti-harassment policies intended to prevent a recurrence of the sort of ugliness that was made public in late October, when Martin left the Dolphins. Incognito was suspended indefinitely on Nov. 3, amid allegations that he bullied Martin, with whom he shared a complicated relationship. He was as apt to help Martin improve his blocking technique or ask about his evening plans as he was to demean him with racial insults or homophobic language.

More than 1,000 of their text messages, from October 2012 to November 2013, were made public at the end of January, and their exchanges — many containing lewd descriptions and profane language by both players — meandered from women to football to their social calendar. On the surface, the messages depict a friendship that seemed genuine.

But inside Martin seethed, humiliated by the persistent abuse leveled by Incognito, who was identified as the primary instigator. The mistreatment began early in the 2012 season, when the intensity — and the frequency — of the insults increased soon after Martin declined to fight back. Throughout the season, Martin would often arrive at team headquarters repeating what became to him a mantra: just get through the day. He did, but not without enduring shame.

Burghardt
More than forty year ago the now largely forgotten NFL rebel Dave Megyssey wrote a football memoir called "Out Of Their League." In it, he...
AJinAZ 15 minutes ago
The troubling aspect of the report ( and yes, read the whole report) is that the investigators believed the Dolphins head coach, GM and...
RVW 34 minutes ago
How many Jonathon Martins are there on teams other than the Dolphins, beaten down or intimidated by their own teammates? And how many Richie...
SEE ALL COMMENTS  WRITE A COMMENT
Sometimes, Incognito would make jokes about slavery in his presence and Martin would be teased for not being “black enough.” Others, Martin was subjected to repeated crude sexual references — often accompanied by obscene gestures — to his sister, whom his three tormentors had never met.

Martin’s sister was also mentioned during a string of five text messages, sent by Incognito on Jan. 6, 2013, that Martin found particularly revolting. Insulting him with homophobic language, Incognito also referred to Martin’s sister in sexually graphic terms. Martin did not express his anger to Incognito, but he later told investigators that he was “extremely upset” because that exchange reminded him how he had failed to defend his family “on the many occasions that his teammates had denigrated them.” Martin withdrew from his family, spending most of the day in bed with his shades drawn the week after the season ended.

While in Florida for off-season workouts that April, Martin sent his mother a lengthy text message detailing his anxieties and hesitancy for confrontation. Worried about his mental health, she flew to Florida, and it was there, at a team event at a restaurant in Fort Lauderdale, that several teammates made inappropriate comments about her. Jerry, for one, suggested that he could have sex with her and Martin’s sister at the same time.

On May 6, frustrated by his powerlessness to fight back and struggling with his place on the team, Martin, sent a text message to a friend in which he listed pros and cons of playing football. Among the pros: his enjoyment, the money, his legacy. Among the cons: his inability to engage with teammates “in their crude manner,” his cheapened self-worth and, referring to the degenerative brain disease found in dozens of former N.F.L. players, his diminished chances of having chronic traumatic encephalopathy.

By BEN SHPIGEL
nytimes.com
Over 5.6 Million Reads Adam Gonzalez at February 15, 2014 No comments: Links to this post