Are We Ready For Breast Feeding Dads By Carl Cederstrom
Mr. Cederstrom is an associate professor at Stockholm University.

A young man with shoulder-length dark hair leans back in a chair, his T-shirt pulled up to his chin. Two plastic tubes the size of shot glasses are attached to each of his nipples. Through the plastic, we see his skin inflate and deflate in a steady rhythm.

It’s early autumn 2009, and on a little-watched Swedish late-night television show, 25-year-old Ragnar Bengtsson has begun what the host calls a “scientific experiment.” Over the next three months, three times a day, Mr. Bengtsson will pump his breasts to see whether they will produce milk.

In retrospect, the odds were stacked against him. He was not on any hormonal treatments; his 2-year-old son was not even breastfeeding anymore. No milk, in the end, ever made its way through his nipples. “For me, it was just a fun experiment, and a platform to speak about fatherhood as something more intimate than we’re used to,” he said over lunch in Stockholm 10 years later.

Is it possible for a man to breastfeed a baby? For millenniums, this question has tickled people’s imagination. It has intrigued; it has disgusted; it has also remained largely hypothetical.
Sign Up for Debatable
Agree to disagree, or disagree better? We'll help you understand the sharpest arguments on the most pressing issues of the week, from new and familiar voices.

That is, until last year, when a peer-reviewed case report confirmed that a transgender woman, assigned male at birth, was able to breastfeed her child after she was put on a regimen of hormonal drugs. Weeks before the baby’s birth, she was able to produce eight ounces of milk per day, and for the first six weeks, the baby could be sustained solely on that milk alone.

Before the treatment, the patient had been receiving feminizing hormones for six years. We don’t know how long it would take for a cis man to induce functional lactation. But “we have a pretty good idea of the types of hormone cocktails that would be needed,” said Tamar Reisman, an endocrinologist with the Mount Sinai Center for Transgender Medicine and Surgery and one of the two authors of the case report.

We are unlikely to stumble upon dads openly suckling their babies anytime soon. The hormones are not without side effects; they inevitably entail some degree of breast growth. But as technology has made it increasingly feasible, the potential impact of male breastfeeding on gender roles — who take on what sort of parenting duties, and all of the consequences that result from those early first choices — looms larger than ever. And at least one man is excited about the possibilities.

“I just thought, ‘How cool if it would work!’” Mr. Bengtsson said. “Just imagine the extraordinary consequences it could have for our society.”

Tales of men whose breasts contained milk date back centuries. In the fourth century B.C., the philosopher Aristotle noted that some men were able to produce milk by squeezing their breasts. In the King James translation of the Bible, the breasts of the malnourished Job are described as full of milk. Later, in the Babylonian Talmud, we find a story of a widowed man whose “breasts opened and he nursed his child.”

Just what events those lines were describing has been the subject of much speculation and, for the most part, has been ignored or interpreted allegorically. One reading suggests that Job’s breasts symbolize ponds, where cattle can drink.

A few hundred years later, during the 19th century, a time of scientific discovery and adventurous expeditions, allegorical readings of men breastfeeding gave way to more detailed accounts, albeit ones tinged with an unmistakable colonial exoticism.

In the summer of 1800, during a five-year expedition through Central and South America, the Prussian naturalist Alexander von Humboldt passed through the small village of Arenas in what is today Venezuela. There, he was told the story of a local man who, after his wife had fallen ill, nursed his baby “two or three times a day for five months.” Humboldt got to meet the father later that year and examined his breasts, which were wrinkled, “like those of a woman who has suckled.”

By the end of the 19th century, the American physician George M. Gould and his colleague Walter L. Pyle listed, in their book “Anomalies and Curiosities of Medicine,” a number of instances of men suckling infants, including an unverifiable report, relayed by 16th-century missionaries in Brazil, claiming “there was a whole Indian nation whose women had small and withered breasts, and whose children owed their nourishment entirely from the males.”

Only once do we get a sense of how others reacted to these events. The naturalist John Richardson, while on an expedition through northern Canada in the early 19th century, wrote of a Chipewyan father who nursed his child after his spouse died. He was viewed as “partaking of the duties of women” by other Chipewyan, who saw it as “degrading.”

What Richardson thought of the matter we don’t know. Nor do we have any additional sources to help determine that any of these events actually happened as recorded, or whether cultural misunderstandings or biases may have warped the accounts.

In the 1930s, the search for an answer to whether men could breastfeed moved from expeditions to the laboratory. Although Charles Darwin had observed that there were instances when men could yield “a copious supply of milk,” it was not until the discovery and naming of the milk-producing hormone prolactin in 1933 that scientists could really begin to examine the lactating ability of male mammals. Experiments were performed on rats, monkeys and, in some cases, humans. And they worked. In a study in 1954, three men with cancer who had been on estrogen treatment were injected with large doses of autotrophic, a form of prolactin. One of them, age 64, lactated on the sixth day of the treatment. He didn’t stop for seven years.
What is startling, when we dig into history, is just how many great minds, from Aristotle to Darwin, have earnestly, and without judgment, pondered the question of men’s breast milk. It’s useful to remind ourselves of this, as the theories of these same men are often invoked to argue that men and women are predestined for specific functions and that the mere thought of a man using his breasts to feed a child is immoral, delusional or disgusting.

It seemingly wasn’t until the 1970s that the notion of male breastfeeding became politicized. That’s when Shulamith Firestone, a 25-year-old activist, wrote her blazing manifesto, “The Dialectic of Sex.” In it, she called pregnancy barbaric (she compared it to excreting a pumpkin) and argued that the only way for women to become free was to liberate them from the tyranny of reproduction. Childbearing, Ms. Firestone argued, should be taken over by technology, and sex distinctions eliminated.

This vision was brought to life in Marge Piercy’s 1976 sci-fi novel, “Woman on the Edge of Time,” in which a woman named Connie is transported into the future — the year 2137 — where she sees a bearded man breastfeeding a child. She notes that he has breasts, “like a flat-chested woman temporarily swollen with milk.” Connie is angry at first: “How dare any man share that pleasure?” she thinks. But in the end, the world depicted in the book is ultimately intended as a gender-free utopia.

We are, from a scientific and, some would argue, a cultural point of view, growing closer to Ms. Firestone’s vision of eradicating sex differences. (Not everyone who calls himself a dad today, for instance, was assigned male at birth.) And maybe that’s also why the image of the breastfeeding father provokes such strong feelings. Male breastfeeding was once the sole province of the exotic “other,” observed on faraway expeditions; today the breastfeeding father seems to be just around the corner.

The breastfeeding dad may be a threatening image. He may never actually come to be. But it’s worth, at this moment, also remembering how alien stay-at-home fathers first seemed in the 1970s, when they were viewed as unmanly and as having abdicated their breadwinning responsibilities, said Michael Lamb, a psychology professor at Cambridge University and a pioneering fatherhood scholar.

Last year, Marie-Claire Springham, then a product design student at Central Saint Martins, in London, developed a kit for expectant fathers, including hormonal drugs and a breast pump, which she submitted for a design award.

Two weeks before it was announced that she had won, photos of the actor Daniel Craig (James Bond) carrying his child in a BabyBjorn on his chest appeared in the tabloids. Piers Morgan, the British television presenter, lamented on Twitter, “Oh 007 not you as well?!!!” Soon after, the comedian Ricky Gervais tweeted a link to an article about Ms. Springham’s breastfeeding kit, writing: “I know what I’m getting @piersmorgan for Xmas.”

“And then, it really blew up,” Ms. Springham told me.

When she appeared on “Good Morning Britain,” she was attacked from all sides, women and men alike. “I was called a perverted fetishist,” Ms. Springham said.

And yet even as the media derided the kit, Ms. Springham says, her mailbox quietly filled up with letters from expectant dads who wanted to know more. “If these emails are to be believed, I’ve got a large enough group of dads who’d be up for a medical trial.”

Carl Cederstrom is an associate professor at Stockholm University.

The Times is committed to publishing a diversity of letters to the editor. We’d like to hear what you think about this or any of our articles. Here are some tips. And here’s our email: letters@nytimes.com.

Over 5Million Reads Adam Gonzalez at October 22, 2019 No comments: Links to this post 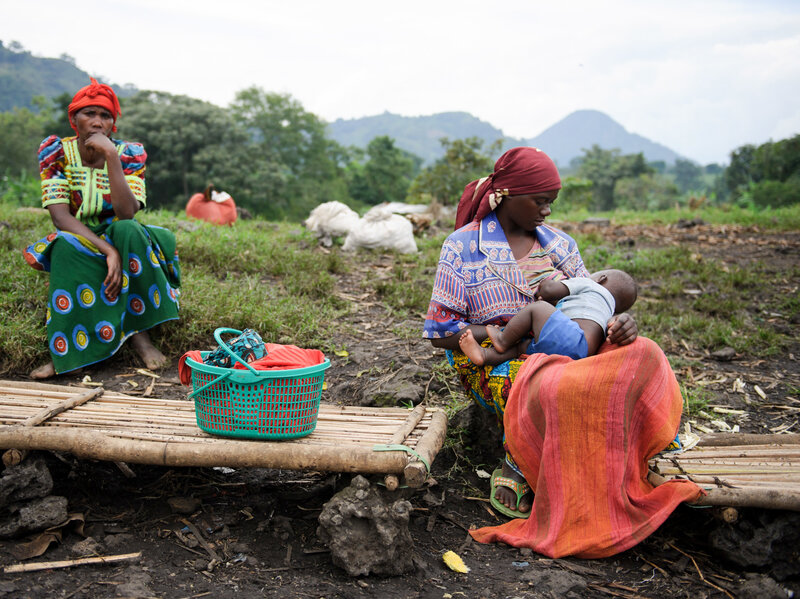