Historic St. George Will Present Bill Cosby and Others in Comedy Starting Soon

I just got some great news for St. George and most of Staten Island. It appeared today at the Staten Island Advance. I got the page and post it here (down below). It has all the information about the new events at St George.

A little history from this great landmark:

ST. GEORGE –  Jokes are serious business over the next six months at the borough's North Shore.

Starting Nov. 1, the historic St. George Theatre has lined up a host of male headliners plucked directly from the top comedy clubs on the national touring circuit. (And before you cry sexism, don't forget that Joan Rivers was just at the St. George in May ... and her voice is loud enough to drown all these dudes out).

Anyway, first up: Standup comedy veteran John Pinette, fresh off a Comedy Central special earlier this summer, bring his "Still Hungry" tour to the venue next Friday. This portly talent (who's appeared everywhere from the final episode of "Seinfeld" to the Broadway stage as Edna Turnblad in "Hairspray") is fresh out of rehab so the night should be particularly interesting.

But that's just the beginning.

Check out the infobox below for available showtime and ticket details. For potential (or inevitable, most likely) additions to the performance schedule, visit StGeorgeTheatre.com. 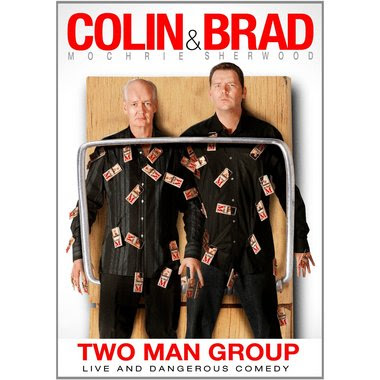 View full sizeCourtesy the artists
Improv comedy from Colin Mochrie & Brad Sherwood of "Whose Line is it Anyways?"
When: 6 p.m. Feb. 9
How much: $39-$59.