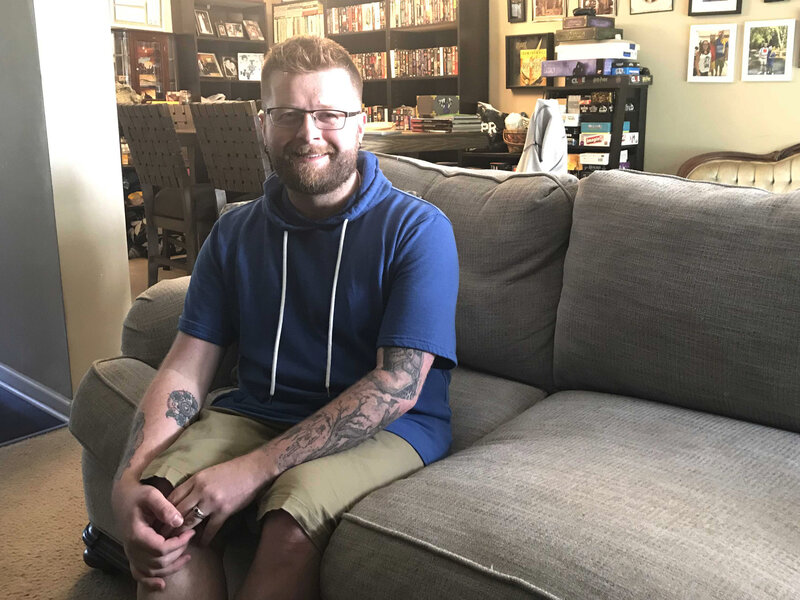 Peter Nunn is 32 and he's happy. He lives just outside Atlanta with his husband Monte, his dog Amelie, and their cat Hollow.
The dining room is decorated with a photo gallery wall of family — his husband dancing with his mother at their wedding and pictures of the couple. But it took a long time and work to get to a place where Nunn said he accepted and loved himself.
As a gay man, Nunn said, his father tried to change him.
"When I was 15, my parents found a men's workout magazine that I had and drew their own conclusions," he said. "My dad told me we were going to go on a trip and didn't tell me where we were going."
On the way to their mystery destination, Nunn's father turned to him.
"He said he was going to take me to a therapy center to deal with whatever weird sexual stuff I had going on," Nunn said. "If it didn't work, he was going to send me to military school to make a man out of me."
In that moment, everything he knew felt threatened: his relationship with his parents, his home, his social circle. He said that every day for two weeks at a therapy center in Iowa, licensed mental health professionals told him that what he was feeling was sinful, that he needed to change or his soul was in jeopardy, that he was broken.


Conversion therapy is something that at its core is telling somebody that there's something fundamentally broken with them and not only can it be fixed, it needs to be fixed.
Peter Nunn
What Nunn was going through was conversion therapy, also known as reparative therapy. It is a widely discredited practice aimed at changing a person's sexual orientation or gender identity. In most of the country, the therapy is still legal for minors. But advocacy groups are trying to change that by pushing legislation in statehouses across the country to ban licensed mental health professionals from practicing conversion therapy on minors. So far 16 states, Washington, D.C., and Puerto Rico have banned the practice. Colorado is expected to sign a ban into law soon.
And Nunn is trying to help get it passed in Georgia where House Bill 580 was recently introduced. He's supporting the bill to help other young people avoid the trauma he lived through. 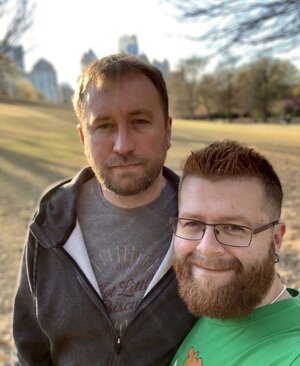 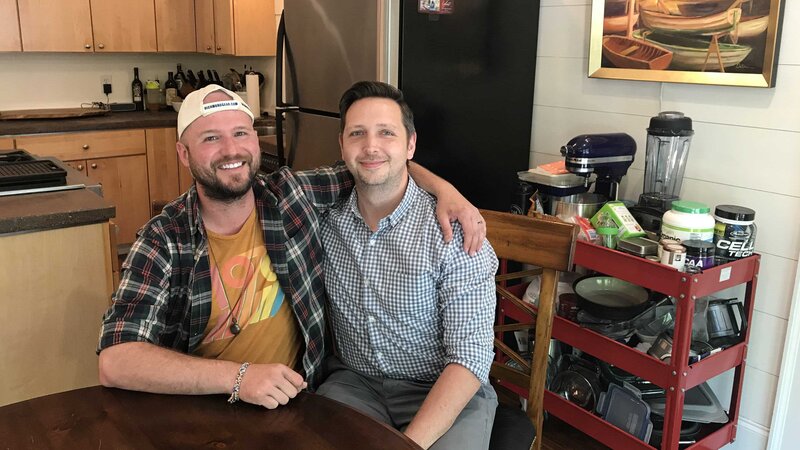 Over 5Million Reads Adam Gonzalez at April 28, 2019 No comments: Links to this post