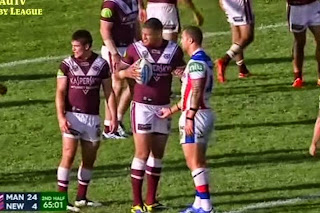 Alejandro Rodriguez, Manuel Bermudez, and Victor Hugo Prada are a Colombian “triple” who have just become the first three men in Colombia to have a legally recognized polyamorous relationship.

The Guardian reports that their relationship will not technically be considered a marriage, which can only be between two people under Colombian law. In documents it’s being called “a special patrimonial union,” but recognizes that they are a legal family and partners.

Bermudez and Rodriguez were the first gay male couple to receive formal legal recognition of their partnership in 2000, 16 years before the country made same-sex marriage legal. For eight years, they had a polyamorous relationship with a man named Alex Esneider Zabala, who passed away three years ago from stomach cancer. Prada had joined the threesome as a fourth the year before Zabala died.
The men say they had planned to celebrate their union as a foursome before Zabala’s death, though not through a legal document. The difficulty of being recognized as Zabala’s partners as he was sick and following his death pushed them to take the further step of getting it in writing. The men had their lawyer, Germán Rincon-Perfetti (who helped Bermudez and Rodriguez with their union in 2000) draw up papers, which were signed by a notary in Medellín last month. Conservatives have responded to the reporting of a “three way marriage” with a call for an investigation into that notary.

Prada, who is the youngest of the three, wants to make the ceremony as special as possible. He’d like to have three dance troupes giving away each groom, symbolizing the elements of earth, water, and fire, with air represented for Zabala’s space within the ceremony.

Over 5Million Reads Adam Gonzalez at July 05, 2017 No comments: Links to this post