A gay student elected homecoming king at Brazoswood High School in Clute had the perfect response for his bullies.

After Joel Mireles captured the crown in a popular vote, homophobic classmates reportedly protested his win by creating T-shirts with the hashtag “#NotMyKing.”

Mireles responded by purchasing one of the T-shirts and wearing it to school—along with his crown.

“I just thought, if I bought one, it would be a statement saying, ‘This isn’t affecting me and you guys aren’t hurting me,'” Mireles told WTSP-TV.

Since Mireles’ cousin, Danielle Pena, posted the above photo of him wearing the T-shirt on Facebook, it’s been shared more than 400 times.

“You deserved that crown, Joel,” Pena wrote in her post. “Now I’m the one who looks up to your courage. I hope one day I am not affected by the hurtful hate in people’s hearts. I love you so much and I’ve never been so proud!”

Mireles, a senior who’s interested in theater, called himself “an average student” and said he never thought he’d be elected homecoming king. But he campaigned by hanging handmade posters, and handing out candy and donuts.

“Typically it’s someone who’s in athletics or usually it’s football,” Mireles told WTSP. “I was shocked. I didn’t really know what to do. Then one of the members of student council put the crown on me.

The next day, when Mireles’ friends showed him negative posts on social media, he was bothered by the bullying.

“‘I didn’t want to go eat lunch because I thought people were looking at me so I stayed in the theater classroom and told my mom to come pick me up early,” he said.

But then it “just passed over” and Mireles realized “it didn’t matter.” Pena said Mireles told her, “It’s okay, it doesn’t bother me. I won! They can’t take that from me.”

“We are proud of Joel and our Homecoming Queen for being selected by a popular vote of the senior class to represent Brazoswood for Homecoming two weeks ago,” Massey said.  “We take claims of bullying seriously, and are dedicated to ensuring all our students are learning in a respectful environment.”

“No Brazosport ISD student has sold, wore or distributed shirts displaying the hashtag #notmyking. Brazoswood High School’s Homecoming king purchased the shirt shown on social media for himself online. Joel is a great kid attending a great school and has a very bright future,” Massey added.

Mireles told Chron.com he knows who created the T-shirts and shared screen grabs of them being made. But he declined to identify the student.

“In my opinion, it’s whatever. They said what they said,” Mireles told Chron.com. “But for me, they [the school officials] are being lenient on the no-bullying policy, and they need to stop being so lenient, because this had the potential to be tragic.”

Mireles said response to the photo of him wearing the T-shirt has been “mostly positive,” which “feels really good.”

He also has the support of his mother, Molly Salinas.

By John Wright
Out Magazine

Over 5.6 Million Reads Adam Gonzalez at October 25, 2017 No comments: Links to this post 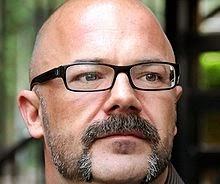 To be fair before I introduce this posting by Law Professor Douglas Laycock, I have referred to his Laycock husband Andrew Sullivan Laycock as a non gay.  My reasons are public and I feel he is one of those Republicans that might be embarrassed  by their party on many occasions but they follow it because gold is thicker than blood and the GOP’s business strategies sometimes is hard to pass up for anyone who might be afraid of trying something new and loosing money. Now I’ll present you this story which is very interesting coming from Mr. LayCock. I invite Mr. Laycok to come to this blog and explain anything we might have gotten wrong about him in the future ( we have never had the opportunity to quote his writings in the past).
Adam Gonzalez

A UVA law professor married to the University’s president is coming under fire from an advocacy group that claims his recent legal arguments in favor of religious exemptions are aiding anti-gay and anti-woman agendas.
Douglas Laycock, School of Law faculty member and husband of UVA President Teresa Sullivan, is one of the country’s leading experts on religious liberty, and is well-known for a legal stance that often puts him on opposite sides of polarizing political issues: He supports individual religious rights, but also a total separation of church and state, and he’s argued several Supreme Court cases from that position, defending conservative Lutherans and Santería sect members alike.
Some of his recent writings have been heavily cited by members of the religious right, and now he’s facing the ire of activists on the other end of the political spectrum.
“His work, whether he understands it or realizes it or not, is being used by folks who want to institute discrimination into law,” said Heather Cronk, co-director of Berkeley, California-based LGBT activist group GetEQUAL.

UVA law professor Douglas Laycock is being criticized by a gay rights group for his legal arguments in favor of controversial laws and court arguments. Photo: UVA Media Relations

In February, Laycock penned a letter to Arizona Governor Jan Brewer in support of SB1062, a highly controversial and ultimately scuttled state law that would have given individuals and businesses broad rights to exempt themselves from state laws they’re opposed to on religious grounds. Critics slammed the bill as a thinly veiled attempt to give anybody in the state the right to refuse to serve gays and lesbians.
Laycock’s letter, written under a University of Virginia School of Law letterhead and signed by 10 other law professors from institutions around the country, argued that the Arizona law was a fair extension of the existing federal Religious Freedom Restoration Act because it didn’t pick winners: The government “could still show that compliance with the law was necessary to serve a compelling government interest,” he wrote.
Similar arguments underpin an amicus brief he filed in Sebelius v. Hobby Lobby Stores, Inc., the high-profile contraception coverage case currently before the U.S. Supreme Court. Laycock sides with the corporation, which claims that under the RFRA, its president’s religious beliefs should allow it to opt out of covering certain kinds of birth control.
“When we started connecting the dots between Laycock’s work on religious discrimination bills and contraceptive coverage and access for women—that’s when it began to be a big concern,” said Cronk. She said when conservative commentators like Maggie Gallagher, former head of the National Organization for Marriage, started pointing to Laycock’s arguments as support for their own strongly anti-gay agendas, GetEQUAL decided to push back with a campaign of their own.
Through the activist group Virginia Student Power Network, GetEQUAL found two UVA students willing to take up the cause of calling out Laycock: rising fourth-year Greg Lewis and now-alum Stephanie Montenegro. Last week, the pair sent an open letter to Laycock asking him to consider the “real-world consequences that [his] work is having.” They also submitted a Freedom of Information Act request seeking e-mails between Laycock and various right-wing and religious liberty groups.
Lewis said they’re not trying to smear Laycock, and they’re not trying to undermine academic freedom. They just want a dialogue, he said.
“I think it would be really constructive for him to hear how his work is being used to hurt the LGBTQ community,” said Lewis. “I don’t think he has any ill intent. I think he’s very thoughtful and moderate, and willing to hear both sides. But I think that everyone really has a lot to learn.”
Laycock said he’s anything but anti-gay.
“My position has always been that liberty in America is for everyone,” he said. “It’s for both sides in the culture wars. I believe that we should protect gays and lesbians in their right to live their own lives, including their right to get married, and we should protect religious conscientious objectors.”
He pointed out that he’s fought “tooth and nail” against some of the same religious rights groups he’s represented when he disagrees with them.
“I can’t help what other people do with my arguments,” he said. “I have told some of the folks on the religious right that their own claims to religious liberty would be taken more seriously if they would quit messing with the liberties of other people.”
Thomas C. Berg of the University of St. Thomas School of Law in Minneapolis has known and worked with Laycock for years, and said he has always held that the government should stay out of religious matters.
“In some cases, that leads to results that the left likes, and in some cases it leads to results that the right likes,” said Berg. He and Laycock made few friends among religious conservatives when they jointly filed an amicus brief in 2012’s landmark United States. v. Windsor case that urged the court to extend same-sex marriage benefits to every state in the union. Also not endearing him to the right: Laycock is preparing to argue another case before the nation’s highest court, this time on behalf of a Muslim prisoner’s right to wear a beard.
Laycock and others like him are used to criticism, Berg said; it goes hand-in-hand with defending civil liberties regardless of your personal feelings about the moral argument at hand.
“The positions all of us take as advocates are certainly open to vigorous criticism, and that’s just fine,” said Berg. “But that criticism should be accurate, it should be informed, and it should recognize that there is complexity in these issues.”
Just what kind of dialogue will grow out of the flap at UVA is still up in the air; Lewis said he’s been in touch with Laycock, but hasn’t set up a meeting. Meanwhile, GetEQUAL has launched a national e-mail campaign calling out Laycock for his role in shoring up the legal arguments of those who support “religious bigotry.”
“I take him at his word that he’s a moderate, that he supports marriage equality,” said Cronk. “The problem is his work is being used, potentially misused, potentially abused, by folks who do not show
For his part, Laycock said he’s happy to talk to the students, though, he said, “they picked a very odd way to go about the conversation.” those values.”
by Graelyn Brashear
c-ville.com

Email ThisBlogThis!Share to TwitterShare to FacebookShare to Pinterest
Labels: Famous but Uninformed, Homecoming

Homecoming } A Short Video That Might Make You Cry 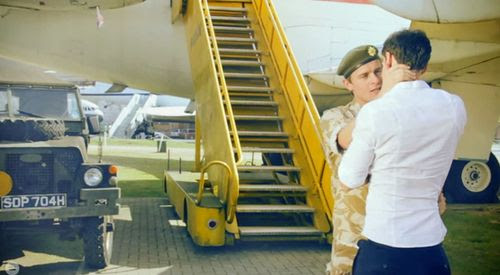