A Utah Legislator Wants No Abortions and Your Penis in The Law: "No ejaculation outside of vagina"

It always starts with the lie and when they see an opening they open up to the real reasons: "No sex unless we tell you how." Sounds crazy but this is the way is been and still is. The real evil thing is they want to make it law! As one of those "Christians", I was so guilty the first time I masturbated. I cried and promised to JC I will not do it again. I even stop using briefs because I will become arouse switched to shorts and Pj"s in bed. These people live on other people's guilt. They do as they want but they want others to do as they say is right. Why? Power. Having power over another human being is very turn on to these religious people. In procreation and sex which are the most powerful impulses on most people, why not regulate that? Why I know? Because I know them. By the way, They also want to regulate Viagra.
Adam for Adamfoxie

As the Utah state Senate advanced a law last week that could one day ban almost all abortions, one female legislator tried to slow its passage with an eleventh-hour amendment: outlawing “a male from causing an ejaculation to occur outside of a vagina.”

The amendment failed. But that’s kind of the point.

“It always takes two to tango.”

In 2019, they upped their game in response to a deluge of efforts to ban abortion early in pregnancy. Seven states ultimately passed legislation to eliminate legal abortion at eight weeks of pregnancy or earlier, a trend that would have once been unthinkable even among anti-abortion activists. Alabama’s law, in particular, would outlaw nearly all abortions.

“It always takes two to tango,” said Alabama Democratic Rep. Rolanda Hollis, who recently proposed a bill to force men to have vasectomies once they hit 50 or have three children, whichever comes first. The men would be forced to pay for the vasectomies.

That bill is meant to “neutralize” Alabama’s ban, which would also prohibit abortions in the case of rape and incest, Hollis told AL.com. Her bill notes, “Under existing law, there are no restrictions on the reproductive rights of men.”

After the Georgia state House passed a bill to ban abortion as early as six weeks into a pregnancy, Democratic state Rep. Dar'shun Kendrick announced in March that she would be authoring a bill to ban vasectomies. She called the legislation a “testicular bill of rights.”

“I’m dead serious,” Kendrick told Rolling Stone. “If you’re going to legislate our bodies, then we have every right to propose legislation to regulate yours.”

That same week, five Georgia legislators — including Kendrick — filed a bill that also aimed to regulate men’s bodies. It had a very simple, two-line suggestion: “Any male 55 years of age or older shall immediately report to the county sheriff or local law enforcement agency when such male releases sperm from his testicles.”

The idea of using satirical legislation to highlight government control over women’s bodies goes back at least as far as 2012, when then-state Sen. Constance Johnson, an Oklahoma Democrat, introduced a handwritten amendment to a failed bill that defined human life as beginning at conception.

“Any action in which a man ejaculates or otherwise deposits semen anywhere but in a woman's vagina shall be interpreted and construed as an action against an unborn child,” the amendment reads.

Some of the tactic’s biggest hits also include former Texas state Rep. Jessica Farrar’s “Men’s Right to Know Act,” a riff on the “A Woman’s Right to Know” pamphlet that Texas requires abortion providers to offer patients. In addition to charging men $100 per “masturbatory emission” — which Farrar, a Democrat, described as “an act against an unborn child, and failing to preserve the sanctity of life” — the 2017 bill also suggested creating a “hospital masturbatory assistance registry” to help men stay abstinent and store semen.

Under the bill, men who want vasectomies, colonoscopies, or Viagra would also have to undergo what the bill freely admitted is a “medically-unnecessary digital rectal exam.” In Texas, abortion providers are legally required to show and narrate an ultrasound of the fetus, regardless of whether a patient wants to see or listen to it. But because women often get abortions too early for “jelly on the belly” ultrasounds, doctors must use a transvaginal ultrasound — meaning, they have to stick a wand up a woman’s vagina.

Then there’s the bill Kentucky Democratic state Rep. Mary Lou Marzian proposed in 2016, which would require a man who wants erectile dysfunction drugs to visit his doctor twice, on separate days, before getting a prescription. Today, 14 states, including Kentucky, mandate that women who want abortions visit the clinic twice, according to Guttmacher.

Under the bill, only married men could receive these drugs and their spouses would have to provide written permission for the prescription. The man would also be required to “make a sworn statement with his hand on a Bible that he will only use a prescription for a drug for erectile dysfunction when having sexual relations with his current spouse,” according to the bill.
Over 5.6 Million Reads Adam Gonzalez at March 04, 2020 No comments: Links to this post

If you want to laugh you may, I do because of the Hypocrisy of Brazil's Club President Gilmar Rosso who might just go for the real thing not just mimic and not gay. One most wonder what he is got up his kazoo. Politics I guess since it was on video.    Adam

Club president Gilmar Rosso spoke to Brazilian outlet Globo Esporte following the dismissals, reiterating that the players were released due to the acts having occurred on club property: “Outside business hours, we have nothing to do with the situation. If they want to get drunk, gay or not, that’s their problem,” said Rosso. “What I have to answer as president is during a trip, office hours. That’s my responsibility. The club is not a keeper of morals and good manners. The only thing we have to answer to is them making the video inside the locker room.”

Rosso did also say that he tried to watch the video, but “found it disgusting” and stopped shortly after.

The online response to the news has been, to say the least, disappointing; jokes about the Gaúcho region stereotype–that all its men are gay–outnumbered any reasoned discussion about the video or the dismissals, including the impact of it having been specifically gay sex portrayed in the video and that leading to the termination of the players’ contracts.

In fact, in an interview with UOL Sport, Rosso that the dismissal wasn’t just a reprisal for filming on club property, but also to help the players avoid fan jeers and insults: “Imagine when they enter the field, what they would have heard,” he said. “As far as I know, these three are not gay, but now they would have to prove that they are not gay” to the fans. In a sport where not many players are openly gay–Robbie Rogers’ coming out in 2013 was a huge sports story exactly due to its rarity–it’s likely that these three players would have faced hardships unlike any they or the club had seen before.

Of course, that could also be a cop-out from Rosso, and, given the context of his other comments, it seems more likely that this is PR spin to allow the club both to distance itself while feigning support for the players.

While the club is within its rights to dismiss the three futboleros here (after all, the video was filmed in the locker room, a big no-no), it does beg the question as to whether the punishment would have been the same if the video featured heterosexual acts, and whether it would even have made the news beyond a blurb in local news. 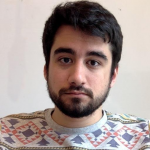