DNA Differences May Be Linked to Having Same Sex Partners 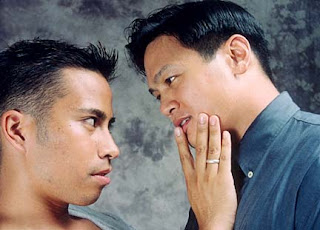 SAN DIEGO —
For some people, choosing a same-sex partner may be in their DNA.
In a large study of more than 490,000 men and women in the United States, United Kingdom and Sweden, researchers discovered four genetic variants that occur more often in people who indicated on questionnaires that they had had same-sex sexual partners. Andrea Ganna, a geneticist at the Broad Institute of MIT and Harvard reported the results October 19 at the annual meeting of the American Society of Human Genetics. Two of the variants were specific to men’s sexual partner choice. The other two influence sex partner choice for both men and women.

Collectively, the DNA differences explained only 8 to 12 percent of the heritability of having same-sex partners. “There is no gay gene,” Ganna said, “but rather non-heterosexuality is influenced by many tiny-effect genetic factors.”

The new study is an advance over previous attempts to find “gay genes,” says J. Michael Bailey, a psychologist at Northwestern University in Evanston, Ill., who was not involved in the new work. The study’s size is its main advantage, Bailey says. “It’s huge. Huge.”

Researchers examined DNA data from more than 400,000 participants in the U.K. Biobank and more than 69,000 people who had their DNA tested by the consumer testing company 23andMe. People who have given their DNA data to those research projects also answered a battery of questions, including ones about whether they had ever had a partner of the same sex and how many sexual partners they have had. The findings were replicated with data from three other studies, including one from Sweden. Findings from such large studies are more likely to be replicated than the small studies in the past, Bailey says. Researchers have “really gotten these studies down now and if they find things, it’s pretty sure that they’re true.”
Previous sexual orientation genetic studies, including some Bailey was involved in, may also have suffered from bias because they relied on volunteers. People who offer to participate in a study, without being randomly selected, may not reflect the general population, he says. This study includes both men and women and doesn’t rely on twins, as many previous studies have, he says. “It’s a huge advance … but it doesn’t tell us everything we need to know.”
For instance, the study doesn’t address people’s attraction to members of the same sex. Some people who have had sex with a same-sex partner don’t consider themselves gay and aren’t exclusively attracted to people of the same sex, Bailey says. He calls the study’s definition of non-heterosexual behavior as having ever had a same-sex partner “a flawed, but not ridiculous indicator of sexual orientation.”

Men in the new study who said they have had same-sex partners, tended to be more exclusively homosexual than women were, Ganna and colleagues found. But people of both sexes ran the gamut of sexual orientations. In the U.K. Biobank dataset, for example, younger people reported having same-sex partners more often than older people did, probably because homosexual activity was illegal in the United Kingdom until 1967.

This is not the only complex human phenomenon for which we see a genetic influence without a great understanding of how that influence works.

This is the first DNA difference ever linked to female sexual orientation, says Lisa Diamond, a psychologist at the University of Utah in Salt Lake City who studies the nature and development of same-sex sexuality. The results are consistent with previous studies suggesting genetics may play a bigger role in influencing male sexuality than female sexuality. It’s not unusual for one sex of a species to be more fluid in their sexuality, choosing partners of both sexes, Diamond says. For humans, male sexuality may be more tightly linked to genes. 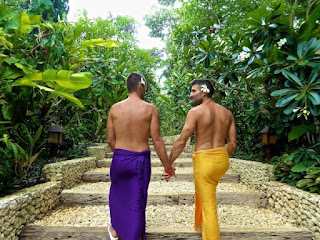 But that doesn’t mean that genes control sexual behavior or orientation. “Same-sex sexuality appears to be genetically influenced, but not genetically determined,” Diamond says. “This is not the only complex human phenomenon for which we see a genetic influence without a great understanding of how that influence works.” Other complex human behaviors, such as smoking, alcohol use, personality and even job satisfaction all have some genetic component.
Previous research had suggested that genes influencing sexual orientation were located on the X chromosome (SN: 11/4/95. p. 295; SN: 7/7/93, p. 37). But Ganna and colleagues found no evidence that the X chromosome is involved in partner choice, he said.

Instead, the researchers found genetic variants known as single nucleotide polymorphisms, or SNPs, located on four other chromosomes. SNPs are naturally occurring spots in the DNA where some people have one DNA base, or letter, and other people have another. The variants didn’t change any genes, but were found near some genes that may be involved.

For instance, a variant on chromosome 15 linked to men having sex with men is also associated with male pattern baldness. Another variant in the study is near the ORA51A gene on chromosome 11, which is involved in the ability to smell certain chemicals. That’s interesting because smell has been linked to attraction before (SN Online: 3/12/15), Ganna said.  The researchers don’t yet know exactly which genes are involved in mate choice or exactly how they influence behavior.

One mystery the discovery may help solve is how genetic variants associated with having same-sex partners could persist across generations. Such variants would presumably get weeded out if men and women who have sex with people of the same sex don’t have children or have fewer children than the average person.

Diamond disagrees that researchers need to find a mechanism to explain the persistence of genetic variants linked to homosexuality. Same-sex behavior has never completely supplanted heterosexual mating in any species studied, she says. Only in the last 50 years have gay people tended to exclusively choose same-sex partners, she says. “You don’t really need some reproductive benefit for same-sex sexuality, because same-sex sexuality almost never occurs exclusively. Individuals with that predisposition have been mating and reproducing with heterosexual partners for millennia, and that’s why it’s still in the gene pool.”

Science News
Over 5Million Reads Adam Gonzalez at October 23, 2018 No comments: Links to this post

India’s government must explain its stand on consensual sexual relations between same-sex adults, the Supreme Court said on Tuesday, setting a July deadline for a response.

The court had heard petitions demanding the abolition of Section 377 - a colonial-era law that prohibits “carnal intercourse against the order of nature with any man, woman or animal” - widely interpreted to refer to homosexual sex.

The court’s notice to the government “is a watershed in the whole fight against Section 377,” said petitioner Ashok Row Kavi, chairperson of Humsafar Trust, a charity that works with India’s LGBT community.

“The government will have to decide whether this colonial law should still stand relevant in a country that has its own constitution that protects fundamental rights of its citizens,” he told the Thomson Reuters Foundation.

The Supreme Court had in a surprise ruling in 2013 reinstated a ban on gay sex after a four-year period of decriminalization, but it announced in January this year that it would reconsider the 2013 decision.

Those who submitted petitions to the court in the past couple months said they were living in constant fear of police due to their sexual orientations, and argued that the ban was unconstitutional.

Among the petitions, the judges considered on Tuesday was that of Arif Jafar, who was arrested under Section 377 in 2001 and was released after 49 days. His case is still pending.

Although the law banning homosexuality is rarely enforced in India, it is used to intimidate, harass, blackmail and extort money from gay people, activists say.

All forms of non-penile vaginal sex are also criminalized under Section 377. Gay sex is punishable by up to 10 years jail under the law.

There is no official data on the LGBT population in India, but the government estimates there are 2.5 million gay people, reflecting those who have declared their sexuality to the health ministry.

Campaigners say real numbers are far higher, as many conceal their identities fearing discrimination in a country where most marriages still take place within the boundaries of caste and religion.

Over 5Million Reads Adam Gonzalez at May 02, 2018 No comments: Links to this post