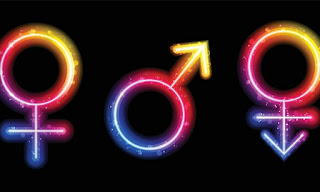 The World Health Organization (WHO) announced it no longer classifies being transgender as a mental illness.

The specialized agency is part of the United Nations and focuses on international public health. The WHO removed all trans-related categories from mental disorders in its International Classification of Diseases (ICD) this week.

They've now been classified under other sexual health conditions, with the WHO explaining in a report that "the rationale being that while evidence is now clear that it is not a mental disorder, and indeed classifying it in this can cause enormous stigma for people who are transgender, there remain significant health care needs that can best be met if the condition is coded under the ICD."

The change not only will decrease stigma worldwide by validating transgender identity, it will also guide medical professionals treating transgender individuals. legitimate. Lastly, the change will also guide medical professionals.
"The intention is to reduce barriers to care," Geoffrey Reed, a psychologist worked on the ICD, told The New York Times.


Over 100 civil rights groups have signed onto a letter warning to the Federal Bureau of Prisons of the dangers posed by the Trump administration’s rollback of Obama-era protections for transgender inmates.
The agency updated its Transgender Offender Manual last month, changing from a policy that had housed trans inmates on a case-by-case basis to one that relies solely on “biological sex.”
“The designation to a facility of the inmate’s identified gender would be appropriate only in rare cases,” the new version of the manual reads. It also states that transgender inmate safety is important, but that officials must also “consider whether placement would threaten the management and security of the institution and/or pose a risk to other inmates in the institution.”

iStock / Getty Images Plus
“Transgender prisoners will unquestionably suffer serious harm if this policy is implemented as written,” the letter to Bureau of Prisons acting Director Hugh Hurwitz argues. “We ask that you reaffirm the BOP’s commitment to the safety of all of the people in its custody. We ask that you reaffirm the BOP’s congressionally-mandated obligation to adhere to each of the final National Standards to Prevent, Detect, and Respond to Prison Rape under the Prison Rape Elimination Act. We ask that you follow the requirements of PREA and the U.S. Constitution, not to mention basic human decency, and house transgender prisoners safely, based on their individual needs.” nThe changes to the manual came after a group of Christian women in a Texas prison sued in U.S. District Court, claiming violations of privacy and endangerment of physical and mental health.
Ian Thompson, a legislative representative for the American Civil Liberties Union, who signed the letter—alongside groups such as the American Psychological Association, AIDS United, and the NAACP—told HuffPost the new BOP policy “all but mandates that transgender people in prison are to be housed according to their assigned sex at birth, regardless of the person’s gender identity.”
Thompson added that the policy “sends a clear message of disrespect, discrimination, and disregard that we know will have serious implications for the safety of transgender people in federal prison,” and is based in “anti-trans bigotry that animates the actions of this Justice Department.”
by Jeff Taylor
Over 5.6 Million Reads Adam Gonzalez at June 23, 2018 No comments: Links to this post 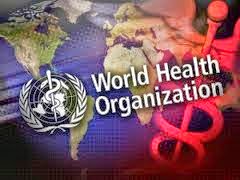 While all other mainstream medical bodies recognize that homosexuality does not in and of itself cause mental health problems, the World Health Organization still implies that it does, and that needs to change.
The American Psychiatric Association (APA) declassified homosexuality in 1973, a move that most other medical bodies followed. This would eventually help end the stigma that had reigned up until that point that classified homosexuality as a form of psychological illness or weakness, thus helping to shift the debate toward one about equal rights.
At the time the APA changed the classification to one known as “sexual orientation disturbance,” with gay rights supporters calling the change a political compromise that was significant but still problematic. That same classification was later changed to ego-dystonic homosexuality/sexual orientation, which attempted to capture and treat anxiety in people who are struggling to cope with their sexuality.
That classification was removed in 1987 (in DSM-III-R), with “persistent and marked distress about sexuality” shifted to the section ”sexual disorder not otherwise specified,” thus largely removing the pathological stigma that could have been attached to homosexuality or bisexuality. However, this is where the World Health Organization and the APA parted ways.
While WHO has formally depathologized homosexuality in the sense that it declassified it as a mental health problem and actually does stress that homosexuality or bisexuality should not be treated as a mental health problem, it retains in its International Classification of Diseases (ICD) a section that lists a number of sexual orientation-related problems in problematic terms. For example, “ego-dystonic sexual orientation” suggests an anxiety and depression disorder that reads:
“The gender identity or sexual preference is not in doubt, but the individual wishes it were different. ” (F66.1)
This is just one out of about five named pathologies which, while not pathologizing homosexuality directly, means WHO’s diagnostic criteria manages to swipe at homosexuality and imply that it can cause health worries. Others include FF60.2, which implies sexual orientation can be a reason why someone would be unable to maintain a relationship with a partner, as well as others that are more generalized yet still problematic.
The American Psychological Association has long opposed any such classification entering into the text of the DSM because it is clearly open to abuse and could lend itself to the cause of those who push sexual orientation change efforts. Indeed, it might even be seen to legitimize such efforts.
Sadly, this isn’t a baseless fear, either. Currently, India incorporates the ICD’s criteria into its own literature, with medical professionals using it as a justification for trying to combat homosexuality. Those opposed to legalizing homosexuality have also cited it as a reason why the country should retain its penal code provision (377) that, essentially, makes homosexuality a crime.
China also bases its diagnostic criteria on the ICD and as such those opposed to homosexuality are empowered to offer the unscientific and unsupported notion that changing sexuality is possible and healthy.
Encouragingly, there is now a push to have the ICD’s sexual orientation classifications amended. Science reports a panel of medical experts have reviewed several decades of studies on sexual orientation and mental health and are recommending that the WHO strike these criteria because, essentially, the classifications are baseless and have no scientific or medical underpinning. They say that anxiety and depression occur regardless of sexual orientation and thus it should not be implied that these are somehow attributable to homosexuality or bisexuality in itself.
In its report, the panel reserves special condemnation for the notion of “sexual maturation disorder” (F66.0), which is based on the Freudian theory that homosexuality is, essentially, a stunted phase in our growth, and that normal, well adjusted people should always arrive at heterosexuality. (I should note that this is a simplified version of what Freud actually said, and that Freud’s theories, though they lacked emperical research, were for the time quite kind to people who dared express homosexual feelings.)
Reports Science:
“It is not justifiable from a clinical, public health or research perspective for a diagnostic classification to be based on sexual orientation,” the group wrote in a report released last month. All such classifications need to be eliminated from the ICD not only because they lack scientific basis or clinical utility, but also as a ‘human rights issue,’” says Cochran, who led the working group.
I urge readers to read the full Science report because it covers ground we won’t have time for here. Instead, we’ll focus on the fact that unfortunately the WHO faces an uphill battle to strike these provisions. The criteria change will have to undergo several more reviews and will ultimately face a vote from health ministers from WHO’s member states. As that involves a number of countries which outright oppose homosexuality and its decriminalization, including states from North Africa and more conservative parts of Europe as well as the Arab Emirates, it will be very difficult to make this change — yet, that’s precisely why the change should be made.
With countries like Uganda and Nigeria further criminalizing homosexuality, and Russia using propaganda laws to hound its LGBT community, the World Health Organization cannot be seen to lend legitimacy to their cause in any way, and sadly the retaining of this criteria, however infrequently used or well-meant, does that.
It will be a hard fight but, for the sake of LGBTs around the world, it is a necessary one.
Steve Williams

http://www.care2.com
Over 5.6 Million Reads Adam Gonzalez at September 03, 2014 No comments: Links to this post