Over 5.6 Million Reads Adam Gonzalez at October 09, 2016 No comments: Links to this post

HIV Education That Empowers Not Shame 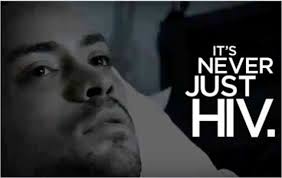 Thanks to medical advances, a diagnosis of H.I.V., while still very serious, is no longer the death sentence it once was. For organizations trying to communicate information about testing and prevention, though, the devastation the virus has caused over the decades remains ever-present.

Traditional public service announcements tend to rely on shock and shame, with mixed success. But when Arizona public health officials began contemplating a new campaign, they wanted to change that.

“We needed a coordinated media strategy and it needed really to focus less on fear-based messaging and more on empowering people,” said John Sapero, office chief for H.I.V. prevention for the Arizona Department of Health Services.

About a year ago, the health department turned to one of its regular media partners, the marketing agency Moses Inc., to create a P.S.A. aimed at encouraging people to visit a website, HIVAZ.org, where they could get information about testing and other resources.

The ads, displayed on billboards, bus shelters and other outdoor areas in the Phoenix and Tucson areas, each depict a person going about an everyday activity — jogging, shopping, talking on the phone — and encountering an unnoticed hazard: a street signpost, a glass door, an open manhole cover.

“It’s only dangerous if you don’t know it’s there,” the ads say. The HIVAZ.org web address and the phrase “Awareness is the answer” are at the bottom. The campaign also has a digital component intended to direct people to the site.

“Slipping or bumping into a door — all of us do it, and it’s dangerous if you don’t know it’s there,” said Louie Moses, president and creative director of Moses Inc. The ultimate goal is to get people to visit the website, he said, where they can receive information about getting an H.I.V. test. The site also offers support resources for patients and information about how people can reduce their risk of contracting the virus.

The initiative had its challenges. The ads had to address a serious topic on a shoestring budget, not to mention the agency had to figure out how to make a pair of headphones look as if they were flying off a jogger’s ears.

To create the eye-catching images, Moses Inc. tapped the advertising photographer Blair Bunting, known for his work capturing athletes in motion, to stage the moments of “impact.”

“The images best represented what we felt like H.I.V. could be for someone who contracted it,” Mr. Bunting said.

He added, “You have to have this image that makes it look like control has been lost.”

The entire campaign had a budget of $300,000, money that the Centers for Disease Control and Prevention distributed to the Arizona Department of Health Services.

With those constraints, Mr. Bunting and his crew had to make the most of their studio time to create the trio of images, using equipment like wind machines and a riser to create the appearance of a person plunging headlong into an unpleasant situation.

Mr. Moses said if the project had been a conventional ad campaign, underwritten by a corporate advertising budget, the cost would have been $5 million to $10 million.

The agency donated “literally hundreds of hours,” he said, while Mr. Bunting said he worked with about 20 percent of his usual budget for the shoot. In addition, Aunt Rita’s Foundation, a nonprofit that works with Arizona’s health department on H.I.V. awareness and prevention, was able through its partners to secure donations of space to display some of the ads.

The efforts have paid off, Mr. Sapero said. Last fall, the HIVAZ.org site had about 9,000 new visitors over a period of about two months. This year, after the campaign began, that figure jumped to 39,000 over the same time period, while the number of repeat visitors to the site rose from 15 percent of overall visitors to more than 40 percent.

“Clearly, people are coming to the site, seeing what it’s about,” he said. “They’re bookmarking it and they’re coming back again.”

The campaign clicked with viewers because it eschewed shaming and judgment, said Nidhi Agrawal, professor of marketing at the University of Washington, who has studied the effect of P.S.A.s for drinking and driving. “You’re taking the stigma away, and when we create distance from the stigma, people can think about it more objectively.”

Mr. Moses said advertisers and nonprofits have learned a great deal about how to communicate messages about H.I.V. since the disease first came onto the national radar in the 1980s.

“We did some pretty shocking ads back then,” he said. “At the time we didn’t know any better, and we wanted to get awareness; we wanted people to know the name AIDS.” Current campaigns tend to focus on H.I.V., the virus that causes AIDS, because health officials and advocates want to connect with patients before the disease progresses to AIDS.

“We kind of learned from the past we didn’t want to shock and scare and judge the group of people we were talking to,” Mr. Moses said. “Since then, the research says that shocking and embarrassing and shaking your finger at the potential consumer does the exact opposite. It just makes them hide.”

Ms. Agrawal agreed that eliciting negative emotions backfires, because people then focus on their feelings instead of absorbing the message. “People are too busy managing the shame and the fear to respond to the P.S.A. or respond to the problem,” she said. (A recently unveiled campaign in cities like New York and San Francisco that is focused on H.I.V. prevention strikes a similar tone to Arizona’s.)

Mr. Bunting said they wanted the Arizona P.S.A. to circumvent those feelings.

“It wasn’t very heavy-handed,” he said. “It made it comfortable for people to talk about something that’s usually a very uncomfortable situation.”

A version of this article appears in print on December 28, 2015, on page B4 of the New York edition with the headline: H.I.V. Education That Aims to Empower, Not Shame
Over 5.6 Million Reads Adam Gonzalez at December 28, 2015 No comments: Links to this post