The Largest Protest on The Island’s History} "Ricky if You Ever Cared? Resign NoW!” {adamfoxie}

In one of the largest protests in the island's history, thousands of Puerto Ricans have flooded the streets in recent days to protest against Gov. Ricardo Rosselló.
Rosselló has been deep in controversy after a leak of hundreds of pages of texts showed the governor writing messages to male members of his administration that contained misogynistic and homophobic language.
President Donald Trump along with many others have called on Rosselló to step down. The politician, the son of a former governor, has refused but said he won't seek re-election in 2020.
Despite surviving other controversies around government corruption and recovery efforts from Hurricane Maria, "Chatgate" has proved more difficult for Rosselló.
Why people of Puerto Rico are angry: Here is what's fueling the major protests
Here are seven photos that show how massive the protest really are:

An aerial view from a drone shows thousands of people as they fill the Expreso Las Américas highway. (Photo: Joe Raedle, Getty Images)

A barricade set up along a street leading to the governor's mansion in Old San Juan. (Photo: Joe Raedle, Getty Images)

Salesforce C.E.O. Marc Benioff is playing hardball with Georgia governor Nathan Deal over the state’s pending Religious Freedom Bill. Passed by the Georgia state legislature on Wednesday night, the legislation would effectively allow faith-based organizations—which are broadly defined in the bill—to discriminate based on a “sincerely held religious belief” pertaining to marriage. And Benioff, who is known in Silicon Valley for his philanthropy, is threatening to make the decision economically damaging for Deal if he signs it into law.

Benioff didn’t hide his displeasure with the bill in a series of tweets this week. “One [sic] again Georgia is trying to pass laws that make it legal to discriminate,” he tweeted Thursday. “When will this insanity end?” Last month Benioff asked Deal to veto the bill, saying he would take his business out of the state if the law passed (Salesforce currently has a conference scheduled in Atlanta, and Benioff’s company employs 16,000 people). He posed a question to his followers on Twitter last month: Should Salesforce divest from Georgia if the bill is signed into law? Eighty percent of his followers said yes. On Friday, the C.E.O. tweeted, “The economy of Georgia is now in the hands of @GovernorDeal as he considers an anti-gay law.”

Now that the bill has passed through Georgia’s state legislature, Benioff is doubling down. Salesforce published a statement on Thursday dropping the hammer. “If HB 757 is not vetoed and instead becomes law, Salesforce will have to reduce investments in Georgia, including moving the Salesforce Connections conference to a state that provides a more welcoming environment for the LGBTQ community,” the company said. Benioff is raising the stakes in his fight for gay rights, and not for the first time. Last year, he tried to get Indiana to veto a similar bill. The legislation passed anyway, though Benioff and others were able to pressure the state to modify the law afterward.

Benioff isn’t the only business leader speaking out against Georgia’s Religious Freedom Bill. Michael Dell and Richard Branson have also voiced their opposition to the bill.

Over 5Million Reads Adam Gonzalez at March 19, 2016 No comments: Links to this post

As NJ Gov. Christie Prepares for Presidential Run, His Stance on Gay Marriage 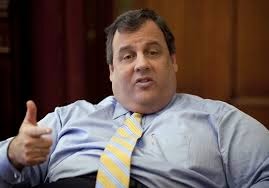 With Gov. Chris Christie appearing on the verge of launching a campaign for the 2016 Republican nomination for president, here is an ongoing look at his stances on key issues.

Christie delivered on a promise of swift action in February 2012 when he vetoed a gay marriage bill New Jersey lawmakers sent to him. The legislation was barely on his desk for six hours when Christie sent it back to lawmakers as a conditional veto, suggesting the state appoint an ombudsman to address complaints of same-sex couples and strengthen New Jersey’s civil union law in lieu of allowing gay couples to wed.

Christie has held firm on his opposition to same-sex marriage throughout his time in office, despite arguing for a separate-but-equal model of civil unions in New Jersey.
"I have been just as adamant that same-sex couples in a civil union deserve the very same rights and benefits enjoyed by married couples — as well as the strict enforcement of those rights and benefits,'' Christie said in a prepared statement at the time of his veto.
“Discrimination should not be tolerated and any complaint alleging a violation of a citizen's right should be investigated and, if appropriate, remedied."

Lawmakers in the Democratic-controlled Legislature would continue to rally for same-sex marriage, but it would ultimately become legal through the courts.
In late 2013, the Christie administration appealed to the state's Supreme Court to reverse a lower court ruling that said the state must recognize gay marriages. The ruling was spurred by the U.S. Supreme Court’s landmark ruling that year striking down part of the Defense of Marriage Act of 1996.

Christie dropped the appeal in October 2013 — about a month before New Jersey voters went to the polls to choose between Christie and his Democratic challenger.

By Matt Arco | NJ Advance Media for NJ.com
Over 5Million Reads Adam Gonzalez at February 17, 2015 No comments: Links to this post

Gov Scott Walker asked for help from RGA* but gets Gov Christie Instead, Walker not overjoyed 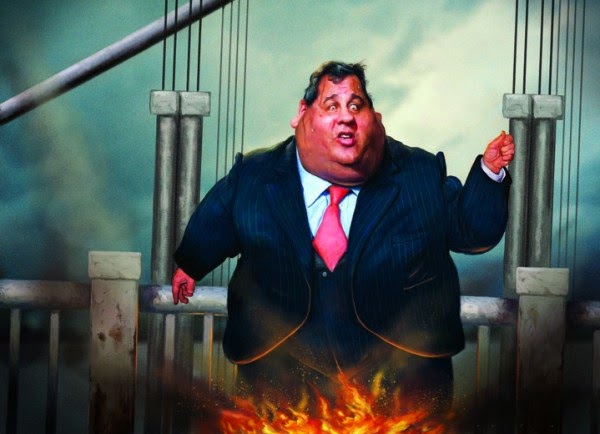 Wisconsin Gov. Scott Walker says he needs more help from the national GOP in his reelection fight — and an upcoming visit from New Jersey Gov. Chris Christie isn’t going to cut it.
Speaking with reporters after a morning campaign stop here, Walker said he is getting outspent on television and faces overwhelming hostility from national Democratic groups and labor unions.

Asked if he was satisfied with the support he’s received from national Republicans, Walker indicated he hopes to get more backup from the *Republican Governors Association (RGA). New Jersey Gov. Chris Christie, who chairs the RGA, is coming to campaign for Walker this week — but the Wisconsin Republican said he’s “not looking for surrogates.”

“[Christie] is coming because he asked if he could come and we weren’t going to say no,” Walker said. “But we’re not looking for surrogates. The people that have been campaigning with me are by and large from Wisconsin.”
It’s TV spending, Walker emphasized, where national Republicans can make the biggest difference. So far, he said, the out-of-state effort on his behalf “pales in comparison” to what his coalition of foes have spent on the other side.
“I’m hopeful that, just as they have in the past, at least some of the national governors associations have come in and helped,” Walker said. “We can’t coordinate [spending with outside groups] in this state, so we have to see it once it’s up on the air. But they did in 2010 and 2012 and I’m hopeful — I believe they will again this time.”

National strategists tracking the race have privately expressed surprise at Walker’s now-repeated claims that he’s losing the Wisconsin air war. The RGA is on track to spend $8 million on his reelection, far exceeding the $5.2 million it spent on Walker’s first campaign and on the heels of nearly $9 million it spent to help him turn back a 2012 recall campaign.
In just the last week of the campaign, RGA plans to spend $2 million on the Walker race.
RGA communications director Gail Gitcho said the committee is lock step behind Walker’s bid.
“The RGA has been all-in in Wisconsin from the beginning. Gov. Walker is an excellent governor, and we’re going to do everything we can to help get him across the finish line,” Gitcho said.

Walker’s new, prickly comments come just a few days after the conservative Weekly Standard magazine reported that “top Wisconsin Republicans” fear the Christie-led RGA is declining to go all-out on Walker’s behalf.
The Wisconsin governor pointed out Monday that his opponent, Mary Burke, had already brought in Bill Clinton to campaign for her and that President Barack Obama is visiting Milwaukee on Tuesday — a sign of the significance national Democrats attach to the race.
But Walker dismissed the importance of surrogate campaigners at this stage of the race — including Christie.
Christie, he noted, has “come here before. I’m happy he came.”
“He’s actually a lot of fun to campaign with,” Walker said, adding: “To me, [the election] is ultimately going to be about whether people think I or Mary Burke is the right person.”


Read more: http://www.politico.com
Over 5Million Reads Adam Gonzalez at October 29, 2014 No comments: Links to this post