A boy accused of raping a fellow pupil at a north Wales primary school has told a jury the alleged attack never happened.
The pupil was said to have carried out the rape in a Colwyn Bay school toilets after watching pornography.
But the boy, now 12, told Mold Crown Court the incident never happened and denied looking at pornography.
He denies the rape two years ago, and inciting the boy to engage in sexual activity.
The defendant told the jury the complainant had threatened to accuse him of sexual assault.
He said it came after he told a teacher the complainant had acted inappropriately with his own girlfriend.
The defendant was later arrested.
He told the court he had never tried to have sex with the boy or take off his clothes.
He had never taken off his own trousers in the presence of the complainant and had never exposed himself to him, the court heard.
'Devil dare'
When asked by teachers if anything had happened between them in the school toilets, the boy said no.
The defendant admitted there was an occasion when he approached the complainant and "asked him out", but he said that was "a devil dare".
"I just did it, everyone was laughing and giggling," he said.
"I asked if he wanted to go out with me, he said yes, I stood in silence for a minute because I was not expecting that answer," he alleged.
When asked about pornography, the defendant said that he and a friend had searched a computer at home when he was seven, eight or nine.
They typed in "gay", not knowing what it meant at the time, and it brought up several websites but he did not think they clicked on any of the links, the jury was told.
The boy said he had never returned to look at such material and had never looked at any pornography.
The trial continues.
bbc.com
Original Story:
nternet pornography was likely to be behind the rape of a 10-year-old boy by a fellow pupil in the school toilets, a court has heard.
Karl Scholz, prosecuting, told Mold Crown Court the defendant was "acting out" what he had seen.
He claimed pornography was viewed by both the defendant and the complainant.
The 12-year-old pleaded not guilty to the rape two years ago, and inciting the boy to engage in sexual activity at the school in the Colwyn Bay area.
In March last year the complainant was spoken to by teachers following rumours in the school about his sexual behaviour.
It was during this time, the court heard, the boy told teachers what the defendant was alleged to have done to him.
That night he told his parents and the matter was reported to the police.
He told North Wales Police he disliked the defendant, who he described as "Mr Goody-Good" in front of teachers but who "speaks trash, rubbish" and was "mean and rude" in the playground.
He said the defendant would swear at him and call him gay.
Bullying fear
Mr Scholz said the complainant withdrew himself from the playground at break times because he feared being bullied, and would wander up and down outside the boys' toilets alone.
The court was told the first alleged incident happened when the defendant asked the complainant during an English class if he wanted to have sex with him.
"It was an unusual question for a 10-year-old boy to ask another," said Mr Scholz.
The complainant replied "no way" and thought the defendant was joking.
After the lesson had finished and before the lunch break, the complainant went to the toilet but as he tried to leave, the defendant walked in and grabbed him before raping him, the jury was told.
The court heard the complainant told him to stop and scratched the defendant's arm.
Afterwards, the court was told, the complainant was embarrassed and feared that he would be called gay so did not tell anyone.
Police interview
On a second occasion, it was alleged, the defendant tried to pull the complainant's trousers down as he washed his hands after using the toilet but the boy managed to hold on to his clothes.
"Why not? It's fun," the defendant is alleged to have told him.
During police interviews, the defendant admitted he had been mean to the complainant but had not bullied him.
He said he had never asked him for sex, nothing sexual had happened between them and he only asked him out as a joke.

Email ThisBlogThis!Share to TwitterShare to FacebookShare to Pinterest
Labels: Rape?

Too Effeminate to Rape 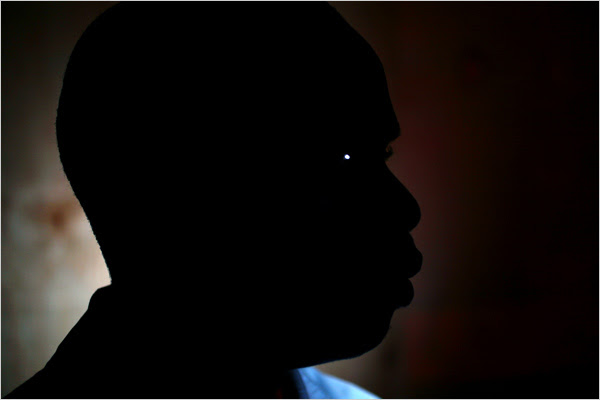 WINNIPEG ─ A Winnipeg man who testified he is "flamboyantly" gay and finds the idea of sex with a woman "revolting" has been found not guilty of sexually assaulting his female roommate.

Justice Herbert Rempel said while he wasn't satisfied the accused was entirely truthful in his testimony and may have exaggerated his "flamboyance" on the witness stand, there was no doubt in his mind the man is gay.
"He made a point of testifying he was a flamboyantly gay man or effeminate and this was obvious in his opinion to any neutral observer," Rempel said. "He went on to state the thought of having sexual relations with a female revolted him."
At a trial last fall, the alleged victim testified she awoke in bed after a long night of partying to find the accused having sex with her. She said he ran to another room where he jumped in bed with his boyfriend and pretended to be asleep.

(Next posting will be on man rape, look for it)
Over 5.6 Million Reads Adam Gonzalez at January 17, 2014 No comments:

Email ThisBlogThis!Share to TwitterShare to FacebookShare to Pinterest
Labels: Rape?

Two Gay British BarTenders Got Teenager Drunk and Had Sex(Rape?) 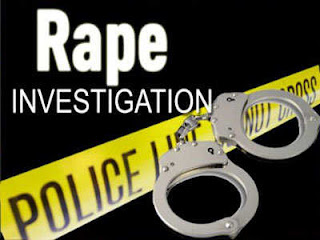 Two Gay British bar workers stand accused of raping a 17-year-old boy after plying him with alcohol.
The gay couple, named so far only as Andreu Paul W, 38, and Warren H, 34, are said to have made their victim drink 'large quantities of vodka' after taking him back to their flat in Calpe, eastern Spain.
They are then accused of making him sniff an unknown substance ( probably poppers) and,stripping him naked from the waist down and taking it in turns to rape him, El Mundo newspaper reports.
(adamfoxie: These two azzbutts should have known the age of the teenager. The 17 yr old did not report it right away and when he did it was to his step dad who is a lawyer.
These two should pay for being stupid, but rape? Let’s get the truth not old stereo types in the law. The teenager is closeted and can not say that he had sex with the two of them and as is reported he went willingly with the guys to the aprtment.  He says he "passed out”       Let this be a warning to azzbudds everywhere that like younger guys. Taking underage guys home for sex is  playing around with Jail-meat.  Make sure you know the age,,but in case of these bartenders they had to know how old he was, or didn’t care. Have fun guys, you should have stuck with young looking guys in video tapes.  Now the young guy can come out saying the gay sex with these two made him gay and that way he is off the hook for being gay) 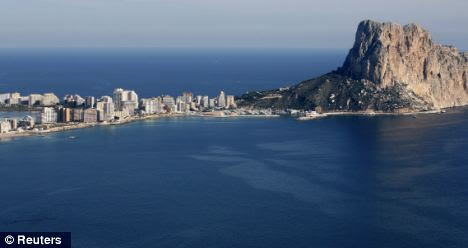 Extradited back to Spain: Two HIV-positive British bar workers are accused of raping a 17-year-old boy after plying him with alcohol at their flat in Calpe, eastern Spain (pictured)
The Director of Public Prosecutions says the incident is alleged to have happened on March 7, 2008, and they returned back to Britain but were extradited to Spain in May the following year.
Spanish media reports that during the night, the couple met the teenager, also British, at the bar they were working at.

After closing time, they went on to another pub, where they convinced him to come back to their flat.
Not infected: The boy was not infected by the HIV virus even though this couple of guys are.
Once there, prosecutors say they made him drink large amounts of vodka with 'the only intention to deprive him of his senses' until he lost his balance and fell to the floor.
They are then accused of carrying him to their bedroom, throwing him onto the bed and stripping him naked from the waste down - making him sniff an unknown substance.
The couple then allegedly took it in turns to rape their victim.
The following day, the victim regained consciousness and left the house by foot.
He reported the alleged crime a month later, on April 2, when he visited a Guardia Civil station with his step-father and lawyer.
Despite the couple being HIV-positive, the boy was not infected with the virus but he is still reportedly suffering from post-traumatic stress disorder from the crime.
The men will stand trial in Alicante on Tuesday, October 2.
By LEE MORAN from the Daily Mail UK (which is the British Fox News) adamfoxie* edited homophobic parts from the posting.
Love And Pride Sale! Up to 70% OFF on Selected Products Buy Now!