Reaction to Israel Taking Palestinian Land and incorporating It

Reaction to a controversial new Israeli law legalizing thousands of homes on Palestinian land came swiftly.
"We thank the American people for voting Trump into office, which was what gave us the opportunity for the bill to pass," said Bezalel Smotrich, a member of Israel's Knesset for the Jewish Home party, shortly after the vote late Monday.


Jewish Home is a right-wing religious Zionist political party that supports the expansion of settlements.
The Israeli Parliament voted to retroactively legalize thousands of homes built unlawfully in the West Bank — on land that Palestinians envision one day will form part of a separate state.
The law is the latest in a series of pro-settler steps taken by Israel's hard-line government since Trump's election. While the White House cautioned Israel against passing Monday's law, many right-wing Israeli politicians have felt emboldened by the Trump presidency.
Critics say the legislation enshrines into law the theft of Palestinian land, and it is expected to be challenged in Israel's Supreme Court, where the attorney general has said he will not argue to defend it.
The U.N.'s coordinator for the Middle East peace process said the legislation "opens the floodgates to the potential annexation of the West Bank."
"It will have a drastic legal consequence for Israel and for the nature of its democracy," said Nickolay Mladenov. "It crosses a very, very thick red line."
A Palestinian Cabinet minister on Tuesday called on the international community to punish Israel for the contentious new law.
"Building settlements is a crime, building settlements is against all international laws," said Palestinian Tourism and Antiquities Minister Rula Maayaa. "I think it is time now for the international community to act concretely to stop the Israelis from these crimes."


The Palestinian Authority spokesperson Nabil Abu Rdeneh called the new law "unacceptable" and also called on the international community to act immediately.
But for all the Palestinian outrage, many right-wing Israeli politicians praised the new bill as a step towards enlarging the Jewish homeland. Miri Regev, a member of Prime Minister Benjamin Netanyahu's Knesset, tweeted: "Tonight we took a historic step. The first step on the way of a full regulation that will mean the implementation of Israeli sovereignty over Judea and Samaria."
Judea and Samaria are the Biblical names for the West Bank and that the Israeli government considers Jewish by right.

Why are settlements so contentious?

About 600,000 Jewish settlers live in about 140 settlements built in the West Bank and East Jerusalem, areas captured in the Six-Day War of 1967.
According to the law passed Monday, Palestinian landowners would be compensated either with money or alternative land, even if they did not agree to give up their property.
"It is common knowledge among lawyers here that this bill not only violates international law, but also Israeli constitution law because it infringes on private property in ways that are not justifiable," said Prof. Yuval Shany, a specialist in Public International Law, Human Rights and Humanitarian Law at the Hebrew University of Jerusalem.


The White House's immediate response on Monday was to refer to its statement last week that said the construction of new settlements "may not be helpful" in achieving an Israeli-Palestinian peace. The State Department later said "the Trump administration will withhold comment on the legislation until the relevant court ruling."
For many Palestinians, the new law was just the latest move that could spell the end of their hopes for their own state.
The U.K.'s minister for the Middle East Tobias Ellwood condemned the new bill in a statement Tuesday. “It is of great concern that the bill paves the way for significant growth in settlements deep in the West Bank, threatening the viability of the two-state solution," Ellwood's statement

Posted as it appeared on NBC.com (No edit)
Over 5.6 Million Reads Adam Gonzalez at February 07, 2017 No comments: 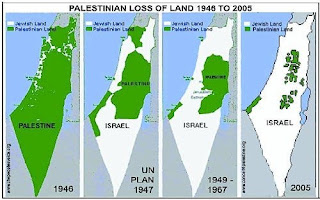 Even maps of the land are a point of contention. Two different types of maps which in my opinion shows the land partition of Israel and Palestine. 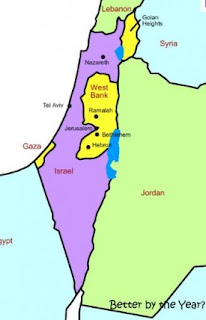 With relations between the U.S. and Israel at rock bottom over the issue of settlements, those living on either side of the fences have entrenched views about their future, and the prospects for peace.

For decades, Israel has pursued a policy of building Jewish settlements on occupied territory that Palestinians seek for a state.

Most countries view the settlements as an obstacle to peace but many in Israel disagree, citing a biblical, historical and political connection to the land as well as security interests.

'Our Homeland'
Inside a settlement at Beit El, near the West Bank city of Ramallah, Chaim Silverstein lives with his wife and seven children against a backdrop of tension and high security.

Beit El has been his home for three decades after he was drawn to the area by its biblical connections.

"This place, Beit El, is the site that Jacob had his dream on his way out of Israel over 4,000 years ago … and so the romance and the history attracted me to this place, as well as the pioneering spirit that existed in this place when I came here," he told NBC News.

"It has become a thriving community, it's a wonderful place to live," Silverstein said. "People with high values, strong ideology, caring, helpful … It's a privilege to live here."

Related: Israeli Settlements Explained — and Why it Matters

So what it like as an Israeli settler residing a stone's throw from the Palestinian city of Ramallah?

"Literally, a stone's throw," he remarks. "Our priority was not to stick it to the Ramallah people … our priority was to be on the side of Jacob's dream, and that's where Beit El is. It's an amazing feeling that you are connected to the deepest roots of your nation, of your land. It so happened that Beit El is next to Ramallah."

Before the first Intifada, which erupted in 1987, he and his neighbors lived in "peaceful co-existence with the Arabs," according to Silverstein. "I used to shop in Ramallah and I drove through there every day. After the Intifada started, Palestinians … began violence against the Israelis and lost a lot of economic benefits, and... the idea of coexistence and so it's not easy today to live next door to people that you know are hostile towards you, but we are strong and we are steadfast in our ideas."

Silverstein, who is "cautiously optimistic" about President-elect Donald Trump, said residents on both sides of the fences now live with everyday security measures and the near-constant fear of violence.

"Just last week my wife was in the park over here," he says, pointing at a nearby wall. "A car drove past that wall and shot into Beit El … with an automatic rifle and came within about 100 yards of my wife so that was quite a scary incident."

He reflects that life is often difficult — "whenever you are on the road, you're worrying if somebody is going to lay ambush to you or throw stones or worse" — but settlers are determined to stay.

'We Will Resist'
The views are just as entrenched on the other side of the settlement fence, where Palestinians say their families have been on the land for generations and they have no intention of leaving.

"On the ground things went backwards because of Israeli settlement policies, because of Israeli violations of international law … but internationally, we moved forward," he told NBC News. "The whole world is with us … look at the resolution of the United Nations Security Council. Israel is isolated, the policy of the Israeli government is isolated because it is aggressive, because it is for occupation."

He added: “That proves what Nelson Mandela said once, that the Palestinian issue has become the most important moral issue of humanity.”

Trump is in danger of violating international principles if he listens to his current advisers, according to Barghouti. "I hope that President Trump will be different from candidate Trump. I hope he will understand that being president of a country like the United States requires more responsible actions, and more responsible positions."

Unconditional support for Israel could "put the United States in an awkward position … because this will deprive the United States from … having any positive role in future peace process," he said. "He needs to learn a lot about …. how important it is to respect International law, because if you violate that, you violate the whole stability of the world."

He believes Israel may have underestimated the determination of Palestinians to succeed in protecting their land.

"They think that, each time they annex a piece of land, we will just get frustrated and give up," he said. "No. We, the Palestinians, will never ever accept [being] slaves of occupation or apartheid, we will resist that until we get our freedom.”

The party was attended by members of the Jaabari clan, whose male members are known to members of the terror group Hamas, according to the report.
“This is an incident of utmost severity,” the IDF said in a statement. “The soldiers have been called in for questioning, and the commanders of the brigade and the battalion are investigating. The soldiers [in question] will be dealt with appropriately.”
The incident came as tensions are on the rise in the West Bank after a clash with IDF troops in the Qalandiya refugee camp Sunday left three Palestinians dead.