"I Joined Jihadis Fighting a Holy War by Holy Accident!"

More than 300 people from Kosovo went to join Islamists fighting "holy war" in Syria and Iraq - per capita the highest number in Europe. But not all of them match the popular image of a jihadi, as Helen Nianias discovered when she met a hipsterish young man for coffee in the Kosovan capital, Pristina.
A man with a short beard, a dark pea coat and a bemused expression weaves towards me between the tables of this smart cafe. Sitting down, he looks slightly embarrassed as a tall glass of coffee topped with a huge quiff of whipped cream is put in front of him.
This is Albert Berisha. He's 31 years old and five years ago he went to Syria to fight.
"I know it's hard to believe, but it happened," Albert says about his nine days with different extremist groups. Articulate and focused, he says his primary reason for going to Syria was to oppose the Syrian president, Bashar al-Assad.
To misquote the film Withnail and I, Albert went to fight "by mistake", ricocheting between uncomfortable and frightening experiences. During this brief but eventful period, he says al-Nusra Front - a group once affiliated to al-Qaeda - tried to enlist him, before letting him go. Then he went to stay with a group of fellow ethnic Albanians - before finding out they were trying to join so-called Islamic State, which he didn't want to do. Albert says he escaped while they were busy fighting Kurds, and went to join Ahrar al-Sham, a coalition of Islamist and Salafist groups that is not classified as a terrorist organisation. He was taught how to take apart, clean and reassemble a Kalashnikov, but maintains that he never fought. After just five days, he realised life in Syria didn't match the romantic ideas he'd had of joining a revolution to liberate the oppressed.
"It would be easy for me to lie like many others have done - saying they just wanted to offer humanitarian aid," he says. "I really thought I would complete my training and be included in the battlefield right away. What I never intended to do was become a member of a terrorist group."
Having grown up in Kosovo, which was at war with Serbia for two years during Albert's childhood, taking up arms for a cause did not seem such a strange idea. The way he tells the story he was not radical, but naïve - before he got there, Albert's knowledge of Syria was mostly gleaned from online videos.
"I had imagined this opposition to Assad didn't have people with criminal backgrounds in the ranks," he says. He thought it would, in his words, "only have people of goodwill who want to help the population".

What he found instead was brutal and petty squabbling between different Islamist factions, more harmful than helpful to Syrian civilians. After explaining to his unit commander that he had contravened a crucial rule - he hadn't asked his mother for permission - Albert was discharged from Ahrar al-Sham, and went home. He was away from Kosovo for barely two weeks. His mother didn't even know he had been to Syria.
Well, not until Albert was arrested early one morning at his family home in 2014. He has since been convicted of terrorism charges and sentenced to three-and-a-half years in prison, which he is now appealing against. If the appeal fails he will go straight to jail.
Because of the number of fighters it has exported, Kosovo has been referred to as "Europe's capital of jihad". It's a tremendously sensitive subject here. When I broach it with one government official, he abruptly ends the interview, saying that the question is "all about Russian and Serbian propaganda".  As IS's caliphate has crumbled in the Middle East, the question is what will happen to the fighters who have started trickling back home. Kosovo's Prime Minister, Ramush Haradinaj, has said he is willing to have the fighters back, in sharp contrast to some countries, such as the UK, which are stripping jihadists of their nationality.
Albert and his friend Arber have set up an organisation called the Institute for Security, Integration and Deradicalisation. They hope to dissuade people from going to fight, and try to counter the jihadist narrative on social media. They also offer help to returnees to stay on the right path, but admit they aren't sure how many of the fighters who come home will want to give up their radical ways.
As for Albert, he thinks he will be 34 by the time he gets out of prison.
"When I was young, everyone thought I would go far in politics - and my first media appearance was as a suspected terrorist," he says ruefully.
Albert was right, his story is hard to believe. Who knows what happened in Syria in 2013, but today it's hard to imagine him holding a gun, let alone fighting for an al-Qaeda affiliate, or for Islamic State.

Two weeks after the end of hostilities in Kosovo, three young Albanian-Americans who had joined the Kosovo Liberation Army (KLA) were arrested by Yugoslav police, tortured and killed. Eighteen years later, the conflict has been largely forgotten, but the men's youngest brother continues a lonely fight for justice. 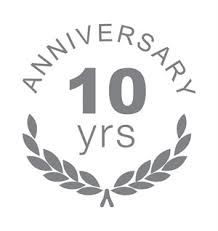 Over 5Million Reads Adam Gonzalez at February 26, 2018 No comments: Links to this post

Head Cutter "Jihad John” Looses the Fight with a US Drone 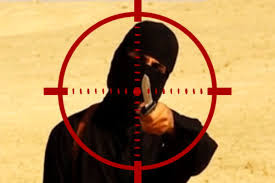 Click on the following link to read how this British IT guy became a self made star taking heads off.
I always hoped to see him the way we saw Sadam Hussein being hung and the Libyan Leader killed with a butt of a gun down his extremities. Killed the way they killed so many innocent people. This coward was finally caught in his car by a robot (US made drone) guided by a young IT pilot. The interactive Graphic below will give you more information on this man. 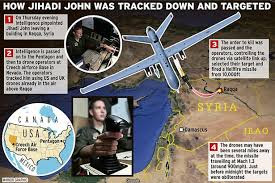 
Jihadi John | Graphiq
Over 5Million Reads Adam Gonzalez at November 16, 2015 No comments: Links to this post 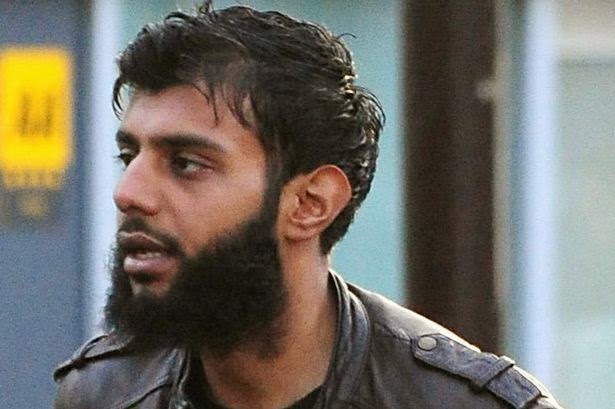 Kabir Ahmed, 30, a British jihadist who was convicted of anti-gay hate crimes in the United Kingdom, has blown himself up in an Islamic State (ISIS) suicide mission in Iraq, according to social media reports.
Ahmed, a married father-of-one, who was known as Abu Sumayah al-Britani among his jihadist comrades, is believed to have murdered a Shia leader in the bomb blast that went off in the northern Iraqi city of Baiji, Saturday.

He came to the British public's attention as an ISIS terrorist after an interview with BBC, where he claimed "everyone's got their name on the (suicide bombing mission) list and everyone is asking the Emir (leader) to push their name up. Everyone wants to fight for the sake of Allah."
Ahmed also suggested that up to 500 British nationals were fighting for ISIS in Syria and Iraq, and claimed that if "the British commit terror against our people, are unjust towards our people, kill, murder and rape our people, then you can expect attacks on your soil."
Before radicalizing and joining ISIS, Ahmed worked with elderly people for the Asian Advisory Service in Normanton, Derby.

It was in Derby that he was convicted of anti-gay hate crimes in February 2012, becoming one of the first UK citizens to receive a 15-month prison sentence for distributing homophobic material.
Ahmed was part of a 30-man mob of Muslim protesters who carried anti-homosexual leaflets during Derby's Gay Pride parade in August 2011. The placards were filled with hateful slogans, like “Homosexuality = A crime against God.

Other leaflets claimed that "Allah permits the destruction" of homosexuals  and that "the only question is how it should be carried out." And yet another leaflet, entitled "Turn or Burn," called homosexuality "the root of all problems" and depicted a man burning in a lake of fire.
Ahmed's mob also yelled at spectators that "gays will go to hell" and "we hope you die of AIDS."
In court, Ahmed ruminated that homosexuals should be “shunned" from society and "if we don't stop it something like a tsunami will happen here, something on that scale."

He was eventually found guilty of distributing leaflets depicting a mannequin being hung by a noose, calling on homosexuals to be given the death penalty - along with a group of four other Muslim men.
A British Foreign Office spokesman said of Ahmed’s possible suicide attack: "We are aware of reports of the death of a British national in Iraq and are looking into them."

israelnationalnews.com
Over 5Million Reads Adam Gonzalez at November 10, 2014 No comments: Links to this post

Email ThisBlogThis!Share to TwitterShare to FacebookShare to Pinterest
Labels: Jihadist

Who is this Coward? We’ll soon know 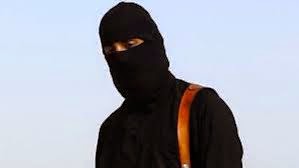 A man who appears to behead US journalist James Foley in a video released by The Islamic State (IS) has a British accent, the UK foreign secretary has said.
In the video the militant says the killing was revenge for US air strikes against its fighters in Iraq.
Phillip Hammond told BBC Breakfast that there are a "significant number of British nationals in Syria and Iraq", and pose a direct threat to the UK.

Over 5Million Reads Adam Gonzalez at August 22, 2014 No comments: Links to this post