Case of Gay Bias For Jurors is Monumental for Gay Rights

Discrimination based on sexual orientation just got a whole lot harder to defend, a U.S. appeals court ruled on Tuesday.
The case – Smithkline Beecham Corp dba GlaxoSmithKline vs. Abbott Laboratories – involved a pharmaceutical dispute over HIV drugs, and it dealt with whether attorneys could strike potential jurors just because they were gay or lesbian.
According to Ninth Circuit Judge Stephen R. Reinhardt, they can’t.
But while Tuesday’s opinion focused essentially on jury selection, the decision also has implications for the gay rights movement as a whole, and could affect any lawsuit involving discrimination on the basis of sexual orientation.
Judge Reinhardt called for “heightened scrutiny” in such discrimination cases – a move that shifts the burden of proof off of the plaintiffs, and potentially makes challenges to employment protection policies or state bans on same-sex marriage, for example, easier to win.
“The difference is night and day,” said James Esseks, director of the American Civil Liberties Union Lesbian Gay Bisexual Transgender & AIDS Project. Under heightened scrutiny, “any law that treats gay people differently is presumed unconstitutional; it no longer gets the benefit of the doubt.”
Typically, cases involving the equal protection rights of gays and lesbians fall under the lowest standard of judicial review, known as “rational basis.” In the second level, “intermediate scrutiny,” the defendant must show how a law or action that treats one group of people differently–usually, people of a particular sex–serves an important government interest. “Strict scrutiny” is the highest level, and requires the government to demonstrate a compelling reason for treating one group of people differently–a high bar that usually applies to discrimination cases based on race.
It’s unclear whether “heightened scrutiny” refers to the second or highest standard of judicial review, but it certainly requires the defendant to work harder in cases involving alleged discrimination against gays and lesbians.
“We were jumping with joy yesterday,” said Lambda Legal’s Jon Davidson. “We do a lot of cases on behalf of people who claim they were discriminated against based on sexual orientation, and the fact that you have heightened scrutiny makes it much easier to win those cases.”
Lambda Legal signed an amicus brief in the Smithkline Beechem suit, and its challenge to Nevada’s same-sex marriage ban will feel the impact of Tuesday’s ruling. In 2012, a conservative federal judge upheld the Silver State’s ban, but the group’s appeal is now pending before the Ninth Circuit Court, and its new precedent for “heightened scrutiny.”
Speaking for a unanimous three-judge panel Tuesday, Judge Reinhardt wrote that gays and lesbians had “been systematically excluded from the most important institutions of self-governance,” and that allowing jury strikes on the basis of sexual orientation would “continue this deplorable tradition of treating gays and lesbians as undeserving of participation in our nation’s most cherished rites and rituals.”
A previous Supreme Court ruling barred attorneys from excluding potential jurors on the basis of race or gender alone, but Reinhardt’s decision marks the first federal order expanding that requirement to sexual orientation. If attorneys want to use one of their fixed “peremptory” strikes in jury selection, as they’re known, they now have to give a neutral reason for removing a gay or lesbian person from consideration.
“The most important outcome, setting aside the level of scrutiny, is the message that LGBT people are equally able to perform this civic duty; that sexual orientation has no bearing on someone’s ability to be an impartial arbiter of a case,” said Brian Moulton, legal director of Human Rights Campaign.
Judge Reinhardt is the second appeals court judge to call for heightened scrutiny in cases related to sexual orientation discrimination, and the first to do so since June, when the nation’s top court invalidated a law that prevented the federal government from recognizing same-sex nuptials. That ruling, which gutted the federal Defense of Marriage Act (DOMA), alluded to a higher level of scrutiny for gay and lesbian couples, but did not explicitly address it by name.
“This decision builds on existing precedent,” said Esseks. “It reflects an evolving understanding by the court, and by the country as a whole, that gay people aren’t different than straight people. And if they’re not different, there’s no reason to treat them differently.”
“That’s taken us decades,” he continued. “But it’s a welcome change.”
By Emma Margolin
Over 5.6 Million Reads Adam Gonzalez at January 24, 2014 No comments: Links to this post

As Gay Marriage Unfolds There is an Issue Simmering in San Francisco: Bias in Jury Selection 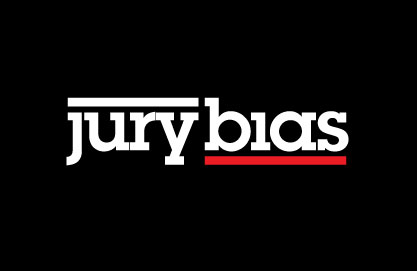 With the legal war over same-sex marriage continuing to unfold in courts around the country, a San Francisco federal appeals court is about to tackle another simmering gay rights issue -- whether gays and lesbians can be excluded from juries simply because of their sexual orientation.
Abbott Laboratories and rival pharmaceutical giant SmithKline Beecham triggered the conflict two years ago, when Abbott's attorneys bumped a prospective gay juror from a blockbuster San Francisco antitrust trial between the two companies. SmithKline's legal team cried foul, suggesting Abbott wanted to remove a gay juror from a trial focused on allegations the company dramatically jacked up the price of a crucial HIV treatment drug, a corporate move that sparked a furor in the gay community.
While Abbott denies any such motives, the maneuver sparked a major showdown over the unresolved question of whether a pivotal U.S. Supreme Court decision barring the exclusion of jurors based on race applies to gays and lesbians. And the case has underscored what gay advocates have known for years -- that same-sex marriage is only part of the legal drama in courts around the country over the extent of legal protections based on sexual orientation.
The 9th U.S. Circuit Court of Appeals on Wednesday will hear arguments in the Abbott v. SmithKline case, which legal experts say could reach the Supreme Court.
"It is symbolic," Vikram Amar, a UC Davis law professor, said of the gay juror issue. "But it's a very important symbol." 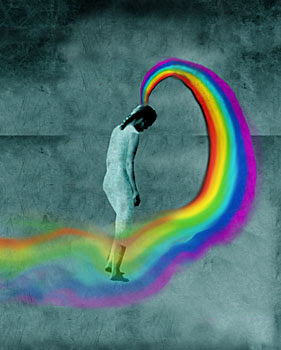 On the surface, the case is about two companies trying to get a retrial as a result of the jury's mixed verdict in their antitrust battle, which centered on licensing agreements and pricing for an Abbott drug called Norvir. But the issue of how the legal system should treat prospective jurors who are openly gay is the main event.
In fact, the three-judge 9th Circuit panel hearing the appeal recently asked the companies to address how the Supreme Court's ruling in June striking down the federal ban on same-sex marriage benefits -- and the legal standard used in the case -- applies to the gay juror arguments.
Lawyers for Abbott and SmithKline did not respond to requests for comment.
But in court papers, they took very different positions on whether sexual orientation should affect the common pretrial practice of removing, or challenging, jurors. In what is known as the Batson decision, the Supreme Court in 1986 outlawed such maneuvers based on race in criminal trials and later extended those protections in civil cases.
In the San Francisco trial, Abbott removed a potential juror during jury selection after he discussed the employment history of his male partner. Abbott denies removing the juror because he was gay, but nevertheless maintains the Supreme Court decision does not apply.
"Existing precedent would foreclose extending Batson to sexual orientation," Abbott's lawyers wrote in their briefs, adding that the 9th Circuit does not even need to address the issue in the case.
SmithKline, however, argues that the time has come for the courts to include sexual orientation in jury selection protections. Twelve civil rights groups have joined the company in the case, arguing that the Supreme Court's reasoning in the federal gay marriage case backs SmithKline's position.
"Batson and subsequent Supreme Court decisions make clear that all persons, when granted the opportunity to serve on a jury, have the right not to be excluded based on stereotypical presumptions that reflect and reinforce historical patterns of discrimination," SmithKline wrote in its 9th Circuit brief.
Gay rights advocates say that equal treatment in jury service is akin to seeking the same rights in the military, voting and marriage. And they say the trend is moving in that direction -- Attorney General Eric Holder last year barred all federal prosecutors from using challenges based on sexual orientation in criminal trials, taking the position in a Justice Department memo that Batson applies.
"For a court to conclude it's fine for someone to be excluded from jury service because someone didn't want a gay person on the jury would send a bad message," said Jon Davidson, legal director of Lambda Legal.
The three 9th Circuit judges hearing the case are among the court's most liberal: Judges Stephen Reinhardt, Marsha Berzon and Mary Schroeder. It is the latest in a long line of 9th Circuit cases dealing with the intersection of legal rights and sexual orientation, notably the court's decision last year invalidating Proposition 8, California's gay marriage ban.
Legal experts following the Abbott case say the 9th Circuit's interest in how the Supreme Court's federal gay marriage ruling applies suggests that, while the issue is unlikely to arise frequently in civil trials, they consider the corporate conflict a chance to address the broader question of sexual orientation and jury selection.
"They recognize the whole area of sexual orientation law is still evolving," Amar said.
Howard Mintz covers legal affairs. Contact him at 408-286-0236 or follow him atTwitter.com/hmintz.
ONLINE
Read the arguments about excluding jurors because of their sexual orientation atwww.mercurynews.com/crime-courts. On Wednesday morning, watch for tweets from legal affairs writer Howard Mintz -- @hmintz -- on the arguments before the 9th Circuit Court of Appeals
By Howard Mintz
Over 5.6 Million Reads Adam Gonzalez at September 17, 2013 No comments: Links to this post