India Keeps Coming Out of The Dark: "Women Are Not Chattel" Man Is Not The Master, Strikes Adultery Law 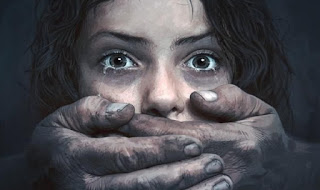 India's Supreme Court has struck down a colonial-era law that made adultery illegal, calling it arbitrary and saying it is unconstitutional because it "treats a husband as the master."
Section 497 of the Indian Penal Code makes it a crime for a man to have intercourse with another man's wife "without the consent or connivance of that man."
The law gives a husband exclusive right to prosecute his wife's lover — and does not grant a wife power to do the same. It does not penalize the woman, nor any married man who has sex with an unmarried woman.
The 158-year-old law dates back to Victorian times, during British colonial rule of India. The penalty for adultery was up to five years in prison, or a fine, or both.
Noting that the law is singular in the penal code for treating men and women differently, Chief Justice Dipak Misra said, "The adultery law is arbitrary, and it offends the dignity of a woman."
He said adultery is grounds for divorce, but not jail time. The five-judge court said the law gives a husband license "to use the woman as chattel."
"This is archaic law long outlived its purpose and does not square with constitutional morality," the bench said in separate, but concurring opinion to one issued by the chief justice.
The decision is the latest by an increasingly activist Indian Supreme Court that has done far more than the politicians in recent years to reorder sexual mores and advance gender equality in a deeply conservative, but rapidly modernizing society.
Misra, the chief justice, is retiring next week, and the court has been issuing rapid-fire judgments leading up to his departure. Many of the rulings are based on testimony heard earlier this year, but only released now.
Earlier this month, the court struck down a long-standing ban on gay sex. Last year, the justices outlawed the summary "triple talaq" divorce for Muslim men, and in a country with more child brides than anywhere in the world, the high court ruled that sex with an underage wife constitutes rape.
The ruling to decriminalize adultery had been strongly opposed by the government of Prime Minister Narendra Modi, whose center-right coalition is led by the Hindu-nationalist Bharatiya Janata Party, or BJP. Modi advocated amending the law to make it gender-neutral while maintaining adultery as a criminal offense.
A female lawmaker from the opposition Congress party, Sushmita Dev, tweeted that the court had made an "excellent decision."
"A law that does not give women the right to sue her adulterer husband and can't be herself sued if she is in adultery is unequal treatment," she wrote. The adultery case came about as a result of a petition by Joseph Shine, a 41-year-old Indian businessman living in Italy.
Shine's 45-page petition "liberally quotes from American poet Ralph Waldo Emerson, women rights activist Mary Wollstonecraft and former U.N. Secretary-General Kofi Annan on gender equality and rights of women," according to the BBC.
"Married women are not a special case for the purpose of prosecution for adultery. They are not in any way situated differently than men," Shine's petition said.

Over 5Million Reads Adam Gonzalez at September 28, 2018 No comments: Links to this post