Guantanamo Bay Has Cost $Billions$ According to Whistle Blower The Q is: WHY?

It seems like for this government in the US every dollar given to programs to help the poor, schools or healthcare, is too much. A dollar is a dollar the government does not have I heard say by some republicans in congress. But Billions to Lock a few guys which are pending a trial for decades, then billions is just a dollar we can afford because this is the U.S. It's only a dollar. The thing it is BILLIONs which could do so much. Just imagine what the schools, the corrections system, courts, et., etc could do but we keep those few people locked up when they should be here with a maximum security jail and close Guantanamo Bay and saving Billions.
Adam Gonzalez 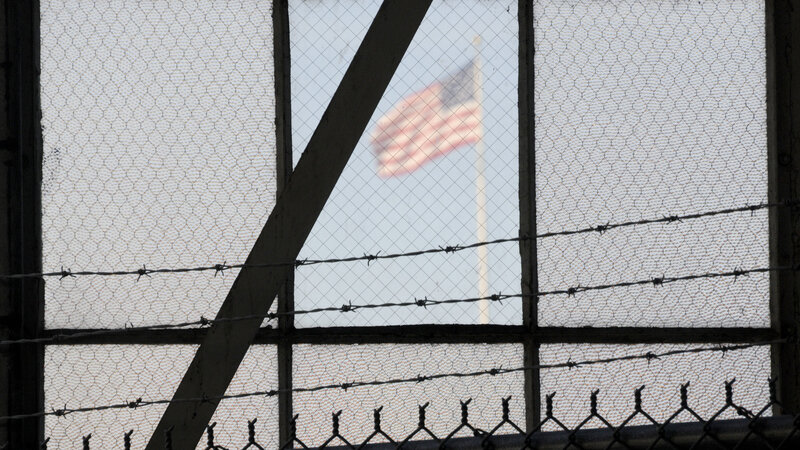 The U.S. military court and prison at Guantánamo Bay, Cuba, have cost more than $6 billion to operate since opening nearly 18 years ago and still churn through more than $380 million a year despite housing only 40 prisoners today.
Included in that amount are taxpayer-funded charter planes often flying just a few passengers to and from the island; hundreds of thousands of dollars' worth of government electronic devices intentionally destroyed each year due to spills of classified information; some Pentagon-funded defense attorneys billing about half-a-million dollars a year, and total legal costs of nearly $60 million annually even though Guantánamo has had only one finalized conviction.
Criticism of that spending comes even from inside Guantánamo. A former top attorney there has filed a federal whistleblower complaint alleging "gross financial waste" and "gross mismanagement," NPR has learned.
Retired Air Force Col. Gary Brown also claims that he and the former head of the military court were fired because they were negotiating a controversial cost-saving proposal with defense lawyers: allow Guantánamo prisoners — including Khalid Sheikh Mohammed and his four co-defendants in the Sept. 11, 2001, terrorist attacks — to plead guilty in exchange for life in prison rather than face the death penalty. Such plea deals, Brown says, "would stop wasting resources."
"My two words to summarize my time at military commissions was 'Wait — what?' " said Brown, who was the legal adviser to the head of Guantánamo's military commissions from April 2017 until both of them were fired 10 months later. "At least a couple of times a week there was an instance where someone would tell me some expense we had or some individual we were paying for, and I would just have to stop in my tracks and say, 'Wait — what? How can that possibly be?' Many of them involved unnecessary expenditures or a waste of money."
Many attorneys and other officials who have worked there openly condemn the spending.
"It's a horrible waste of money. It's a catastrophic waste of money," said Michel Paradis, a Guantánamo defense attorney for Abd al-Rahim al-Nashiri, the alleged mastermind of the bombing of the USS Cole naval warship. "No matter if you want to see all of these guys shot in the street or whether or not you think Guantánamo itself is an aberration that should have closed yesterday — whatever your goal is, the military commissions have failed to achieve that goal."
"There have been billions of dollars spent on Guantánamo that were totally unnecessary," said Morris Davis, Guantánamo's chief prosecutor from 2005 to 2007. Davis says he quit when he felt pressured by his superiors to use evidence obtained through torture, and he calls the military commissions "an overwhelming failure."
When NPR asked in April for the annual cost of Guantánamo's military court and prison, the Defense Department initially responded with a figure of $180 million a year. Three months later, it revised that number to $380 million a year. That does not include the $60 million annual expense of operating Guantánamo's naval base or the salaries of military personnel, including the 1,800 guards overseeing the detention center's prisoners.
Add the Pentagon's updated tallies to historical figures it has given Congress, and the total cost of Guantánamo's court and the prison has exceeded $6 billion since 2002.
Nearly 800 detainees have passed through Guantánamo since prisoners began arriving there in 2002, and 40 people are still confined there. Some have been held for nearly 18 years without being charged. Only one conviction has been finalized, and Guantánamo's legal cases have been virtually deadlocked for years.
Yet the court and prison continue to spend what Brown calls an "eye-popping" amount each year on construction, travel, housing, vehicles, computer systems, linguists, translators, investigators, expert witnesses, case analysts, paralegals, court reporters, various types of contractors and hundreds of attorneys.
Brown said it wasn't just the spending that shocked him. He also questions whether Guantánamo prosecutors can win death penalty convictions at trial because so much evidence is tainted by torture. He notes that if trials do happen, the appeals process is expected to last another 10 to 15 years, incurring costs of at least another $1.5 billion. And the government argues that even if the defendants are found not guilty at trial, it can continue to keep them imprisoned indefinitely.
There have been billions of dollars spent on Guantánamo that were totally unnecessary.
Morris Davis, Guantánamo's chief prosecutor from 2005 to 2007
Because of the time, expense and possible futility of pursuing death penalty convictions, Brown said he and Harvey Rishikof, who was the "convening authority" of the military commissions, thought a different solution was necessary.
"They haven't been successful. They've stalled. They're incredibly expensive," Brown said. "Instead, wouldn't it be better if we just said, 'You know what? They didn't work this time.' "
So he and Rishikof had begun preliminary settlement negotiations with the Guantánamo prisoners facing the death penalty. That would have saved time and money, "and certainly it would've brought closure to the victims' family members, which was our primary concern," Brown added, "and it would have potentially brought some closure to the wound that Guantánamo is to U.S. national security."
Each lead lawyer for the six Guantánamo prisoners facing the death penalty confirmed to NPR that Rishikof and Brown had approached them about the possibility of settling. But in February 2018 the two men were fired before plea deals could be reached. 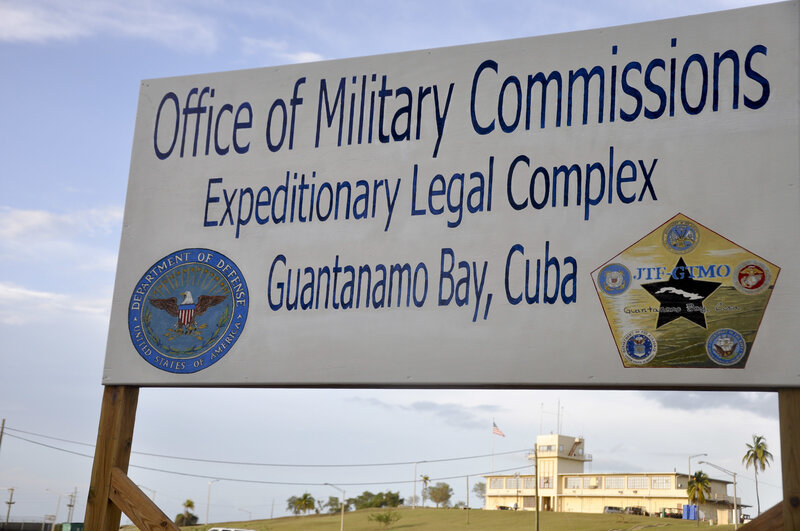 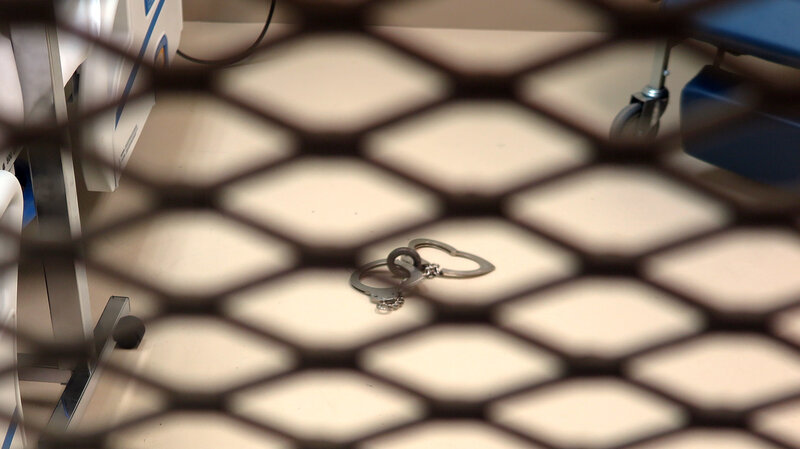 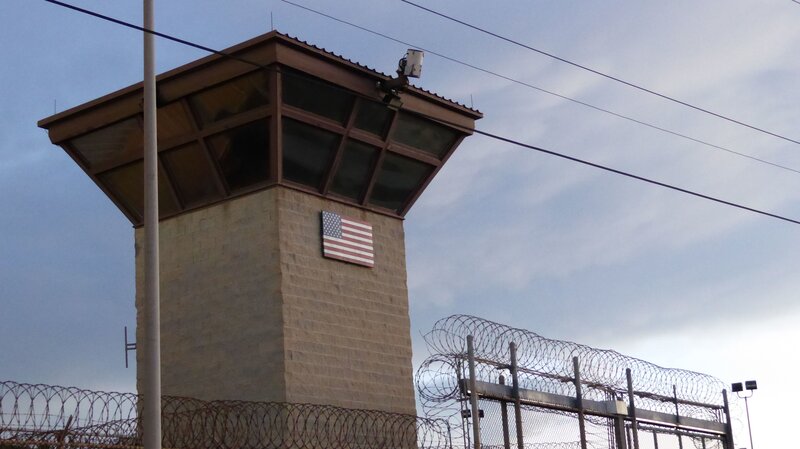 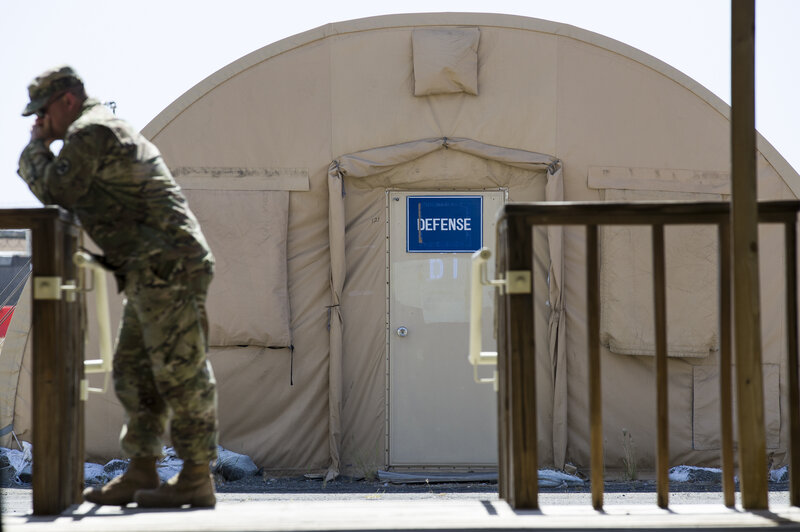 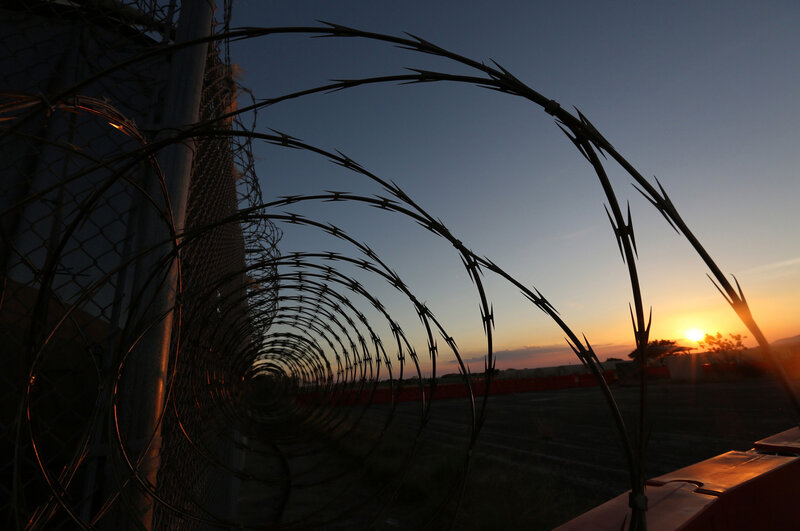 Over 5Million Reads Adam Gonzalez at September 13, 2019 No comments: Links to this post