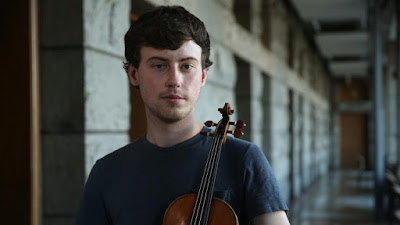 
One day this spring, Artem Kolesov set up a video camera in the Chicago townhouse where he lives, sat down in a chair and started talking to the young gay people of Russia.
"Yesterday I turned 23 years old," he began.

He went on, in Russian, to tell the story of growing up as the fourth of six brothers in a small town, an hour's drive from Moscow, where his father was a deacon and his mother was a youth pastor at the Pentecostal church.

"In my family," he said on the video, "I often heard that all gays should be destroyed, that they should be bombed and that if anyone in our family turns out to be gay, my family should kill them with their bare hands." He spoke for 15 minutes, dressed in a plain white pullover shirt, his voice occasionally shaky as he talked of his suicidal thoughts and his search for courage.

"I never thought I would live to be 23," he said into the camera, not knowing who, if anyone, would watch. "I think about everything I would have missed if I took my life."
Frankly, Kolesov hadn't been sure the world needed another coming-out video. But he told himself that if anyone did, it was kids in Russia, where being openly gay can be dangerous and discrimination is common and condoned.

"My heart has been breaking for the five months since I posted this video," he said one day this week, sitting at Cafecito, a Cuban coffee shop near Roosevelt University, where he is a master's student studying violin.

He's a slender man with sharp, bright eyes. The left side of his face droops slightly, which, as he explained in the video, is the consequence of nerves damaged when he was born. His English is impeccable.

Almost every day brings Kolesov new messages from Russian kids trapped in a culture where they're shamed and threatened. He spends hours communicating with them, grateful that he has made it to Chicago, where he doesn't have to hide.
He came to the city two years ago, after attending college in Canada, to work with the renowned violinist Almita Vamos, who calls him "a very natural player, with a natural, beautiful sound."

"When he started studying with me, he told the kids, 'Don't tell her I'm gay,'" Vamos said. "He was afraid I might not react well."
Eventually, he opened up to her about the conflict that being gay had created between him and his family, especially his mother, whom he loves deeply and has always wanted to please.

Once, at the age of 7, as he tells the story, he overheard her friends lamenting to her that she had no daughters.
He put a pair of leggings on his head, like braids, and went to her and said, "I will be your daughter and help you around the house."

If she suspected the truth about her son's sexuality, it was never spoken of, not until this March, after she'd made a strained visit to Chicago, when he wrote her a long coming-out letter and read it to her over the phone.
"I was afraid if I did it on Skype, I would chicken out," he said.

By his account, she didn't respond well. She told him it was unnatural, that he was just trying to be cool, hadn't found the right girl, should keep it to himself, needed an MRI, should come back to Russia to be cured.

Her censure motivated him to make the video, but also made him hesitate.
"People like to put out positive things," he said. "A boy comes out, his parents accept him and everyone cries. No one wants to see a video where people are disowned."
Apparently, they do. The video went viral.

Kolesov's decision to come out was also eased by his relationship with Carol and Rob Schickel, a couple he met while playing violin at Chicago's Holy Trinity Lutheran Church. Last summer, when they heard he had no money and nowhere to stay, they invited him to live with them in their South Loop townhouse. He made the video in their living room.

"I don't think it was until he got to Chicago that he could really publicly be out," said Carol Schickel, a psychotherapist. "His coming out has been not only about his sexuality. It's about him being in life. What's being revealed, even to him, is his deep inner strength."
Because of the video, many of Kolesov's old Russian friends deleted him from their social media accounts. He says the Russian church he once attended, aware of his video, is planning a youth course on why being gay is wrong.

Even if he wanted to go home for a visit, he wouldn't feel safe. With the video, he has broken the so-called "gay propaganda" law, which bans the distribution of information on "nontraditional sexual relationships" to minors.

But if making the video has cost Kolesov relationships he cherishes, it has also led him to new friends.

"I saw that video on Facebook," said Bruce Koff, a longtime Chicago gay activist, "and I wept. I went to my husband and said, 'You have to watch this,' and he wept."

They and some friends got in touch with Kolesov, and as a result have organized a benefit concert on Saturday, Aug. 26, at the Center on Halsted. Kolesov will perform, along with the well-known violinist Rachel Barton Pine. Some of the money raised will help him pay legal fees involved in getting a green card, and some will go to organizations that help LGBT people fleeing persecution in other countries.

Soon after that, Kolesov will leave Chicago for California. In May, he got married to a man who is enrolling in a PhD program at UCLA. The Schickels, whom he calls "my American parents," came to the wedding in San Francisco.

His only regret was that his mother wasn't there.
"I hope her love for me is bigger than these misconceptions," he said.
One thing he has learned in his 23 years is that you never know what's going to happen next.
Mary SchmichContact Reporter
mschmich@chicagotribune.com
Over 5.6 Million Reads Adam Gonzalez at August 13, 2017 No comments: 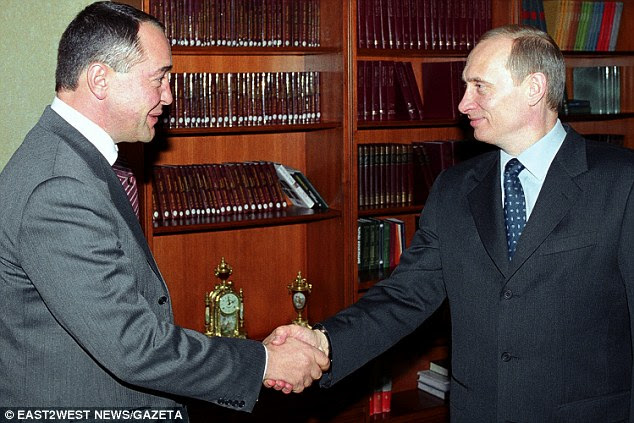 The incident was under investigation, the statement said.
Local and Russian media have reported that Lesin was found dead inside a hotel room in November in Washington's Dupont Circle neighbourhood, which is home to embassies and think tanks.
Russia's RT television quoted family members at the time as saying he had died of a heart attack.
ABC News has said Lesin, who was Russia's minister of press from 1999 to 2004 under President Vladimir Putin, had been accused of censoring Russia's independent media. He became head of Gazprom-Media Holding in 2013 but resigned the following year.
(Reuters) - 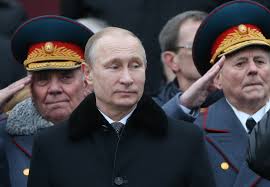 Nicknamed the 'Bulldozer', Lesin was one of the key props of the Putin presidency, personally masterminding a wide-ranging media crackdown which has left the vast majority of Russian TV stations and newspapers obedient to the Kremlin.
He also set up Russia Today, now RT, seen by critics as a 'propaganda' channel aimed at the West.
Mere weeks before his death was announced, he fathered a child with glamorous model and flight attendant Victoria Rakhimbayeva.

She is believed to be aged 29, with whom he had enjoyed a close relationship since at least mid-2014, after the break-up of his marriage.
Early last year, he suddenly quit the latest of several high profile positions, as head of Gazprom Media, a major state owned media conglomerate.
There are unsubstantiated claims in Moscow that when he died he was in debt to billionaire Yury Kovalchuk, one of Putin's closest big business friends.
‘He owed huge amount of money to Kovalchuk, which he supposedly didn't intend to pay back,' an unnamed source told The Moscow Times.

Lesin was found dead at 11:30am on November 6 while staying on an upper floor at the $240-a-night Dupont Circle Hotel, seen as modest for his multimillionaire lifestyle.
It is unclear if Rakhimbayeva was in the US with him at the time.
Yet some 16 months earlier, Senator Roger Wicker had called for a Justice Department probe into whether Lesin was engaged in money laundering.
The status of any subsequent FBI investigation is unclear, but - rightly or wrongly - in Russia it was widely believed that a probe was indeed under way.
Many elite Russians with links to the Putin regime are currently giving the US, and other parts of the West, a wide berth amid fears of arrest, hence the surprise and bewilderment at him being in Washington.

But there are also suggestions that Lesin had taken a decision to leave Russia for good before his untimely death in America.
Former Russian vice premier Alfred Kokh openly asked this week whether Lesin could have been murdered - like a new Alexander Litvinenko, a Putin foe poisoned by radioactive polonium poured into his tea in London nine years ago.

Kokh spoke amid fears in Moscow that he was ready to trade his inside knowledge of the Putin court for an end to any American investigation into the propriety of his wealth.
Questioning why Putin's former media manipulator was in the US capital, Kokh asked in an online posting: 'What's so interesting about Washington? I've been there quite a few times.
'And I'd answer - nothing. At all. It's a boring city without a touch of spice.
‘For some reason he came to Washington where he suddenly died but not from not of something he had been suffering from.'

Echoing Kokh, he suggested Lesin 'had something to swap his death for' - adding: 'There was a lot to swap it for.'
Moscow is prone to conspiracy theories when prominent people die before their time, but while Lesin had a number of medical issues, they were not seen as life-threatening and there was genuine shock among his friends and those who crossed paths with him.
'Lesin died. It’s impossible to believe this,’ tweeted Margarita Simonyan, editor-in-chief of RT.