7 menJailed in Senegal after being found guilty of ‘Homosexuality’ 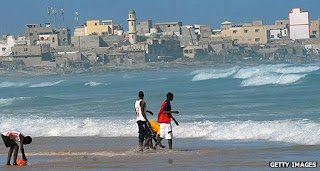 A court in Dakar heard police caught the men having sex during a raid. The mother of one of the accused told the authorities her son was gay, but she failed to show up as a prosecution witness at the trial.Homosexuality is banned in the west African country. It is punishable by up to five years in prison and fines of up to $2,500 (£1,500). Defence lawyer, Abdoul Daff, said the mother's failure to appear in court should have caused the case to collapse. "There was neither material evidence nor testimony in order to corroborate the claims," he added."So, we take note of this and we will see what to do next." Where is it illegal to be gay?Senegal's population is more than 95% Muslim, and people in same-sex relationships are often forced to hide their sexuality.
Gay rights activist Djamil Bangoura from the group Prudence said he was disappointed by the verdict.
"It is such a pity to see these Senegalese men condemned in front of everyone just because they are gay," he added.
During a recent trip to Kenya, US President Barack Obama called on African nations to ensure gay men and women are treated equally.
Homosexuality is illegal in 38 countries on the continent and is punishable by death in Sudan, Mauritania, Somalia and northern Nigeria.
BBC.com
Over 5.6 Million Reads Adam Gonzalez at August 22, 2015 No comments: Links to this post

Email ThisBlogThis!Share to TwitterShare to FacebookShare to Pinterest
Labels: Homophobia in Africa, Senegal

Two Men Sentenced to 6 Months for Having Gay Sex

"Imagine, getting six months for having sex! I’ve known some people that in month would accumulate  alive sentence.   How we, but specially closeted gays take the liberties for which we still fight here for granted.”
Adam Gonzalez 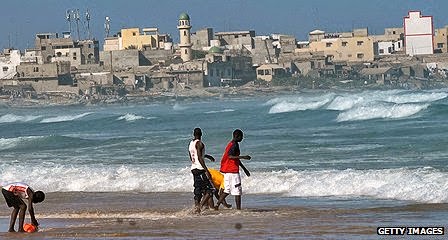 Two gay men in Senegal are feeling the effects of harsh anti-gay laws in the country. According to the Associated Press on Feb. 1, a judge have sentenced the two men to six months in jail for committing "an improper or unnatural act with a person of the same sex."
It was a rare conviction but evidence that the country is serious about a penal code that calls for possible imprisonment for up to five years and fines of up to $3,000 for committing the act that has been deemed "unnatural".
The two men who were arrested after neighbors alerted police to their home, confessed to their sexual relationship in court on Friday (Jan. 31). They were then sentenced under the penal code and will be serving jail time. Although the sentencing was an example of discrimination against gays in the country, Senegalese President Macky Sall insists that gays are only prosecuted for breaking the law.
In this case, they did break the law, but the law itself has been disputed as discriminatory. Currently more than two-thirds of African countries outlaw consensual same-sex partnerships.
Back in November, five women were arrested for suspicion of violating the country's anti-gay law. Arrests have been on the rise in the Muslim-majority country since 2008
Over 5.6 Million Reads Adam Gonzalez at February 02, 2014 No comments: Links to this post