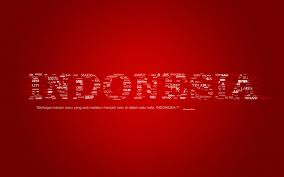 The police, acting on tip-offs from neighbors, carried out a midnight raid on the 14 men, who had gathered in two rooms of a hotel in central Surabaya, Indonesia’s second largest city, according to local activists and media reports. Police detained the group while confiscating condoms, mobile phones, and a flash drive that allegedly contained pornographic videos, among other items.

On May 1, police informed the media that all 14 men underwent tests for sexually transmitted infection, including a rapid test for HIV, and that five had tested HIV positive. The police indicated that eight of the men were detained on Law on Pornography charges, and that two of them would be charged with organizing the event and providing pornography – offenses carrying prison terms of up to 15 years.

Mandatory HIV testing is contrary to the ethical and human rights principles of privacy, autonomy, and informed consent. Under the World Health Organization’s 2015 Guidelines on HIV Testing and Counseling, “Mandatory, compulsory or coercive HIV testing is never appropriate.”

The arrests in Surabaya follow an unprecedented anti-LGBT campaign in 2016 that featured a series of biased and false statements about LGBT people from government officials and politicians. The anti-LGBT onslaught led to harassment and violence against LGBT Indonesians and death threats by militant Islamists. Government institutions, including the National Broadcasting Commission and the National Child Protection Commission, issued censorship directives banning information and broadcasts that portrayed the lives of LGBT people as “normal,” as well as so-called “propaganda” about LGBT lives.

Despite President Joko “Jokowi” Widodo’s rhetorical support for the basic human rights of Indonesia’s LGBT community, the authorities target the vulnerable minority with impunity, Human Rights Watch said. In April, authorities in Aceh province arrested two men for allegedly having consensual sex in the privacy of their home. The men face a public flogging sentence – which violates international legal prohibitions against torture – under the province’s Sharia (Islamic law) ordinances.

Privacy rights are a fundamental protection that underlie everyone’s physical autonomy and identity, Human Rights Watch said. The United Nations Human Rights Committee, the independent body of experts that interprets the International Covenant on Civil and Political Rights (ICCPR), to which Indonesia is party, has stated: “it is undisputed that adult consensual sexual activity in private is covered by the concept of ‘privacy.’”

“So long as the government permits police raids on private gatherings under a discriminatory law, it will fail to curb anti-LGBT harassment and intimidation.” Kine said. “President Jokowi should make good on his commitments to protect privacy rights and put an end to state-sanctioned discrimination.”

[edited]
“An Upstate legislator is hoping to prevent anyone who buys a computer in South Carolina from accessing pornography.

State Rep. Bill Chumley, R-Spartanburg, said the Human Trafficking Prevention Act would require manufacturers or sellers to install digital blocking capabilities on computers and other devices that access the internet to prevent the viewing of obscene content.

The bill would fine manufacturers or sellers that sell a device without a digital blocking system installed. But any manufacturer or seller that didn't want to install the system could pay a $20 opt-out fee for each device sold.

Any buyers who want the filter lifted after purchasing a computer or device would have to pay a $20 fee, after verifying they are 18 or older.

If an end user buys an apparatus, a computer, and they want access to that, they would have to pay to have that filter removed,” Chumley said.

The money collected from the fines and fees would go to the S.C. Attorney General’s Office's human trafficking task force, which works with law enforcement leaders, nonprofits and state advocates to find solutions to trafficking.

The bill also would prohibit access to any online hub that facilities prostitution and would require manufacturers or sellers to block any websites that facilitate trafficking, Chumley said.

State officials have categorized the Upstate as a hotbed for human trafficking due to its location on Interstate 85 between Atlanta and Charlotte, N.C., two cities that consistently rank among the top 20 for human sex trafficking in the U.S.

“If we could have manufacturers install filters that would be shipped to South Carolina, then anything that children have access on for pornography would be blocked,” Chumley said. “We felt like that would be another way to fight human trafficking.”

In the pre-filed bill, the filter must have a system in place to allow consumers to report any obscene content that hasn't been caught by the filter.

Chumley referred to the bill as a “beginning point” and said once the legislation is debated in session, changes could be made.

Over 5.6 Million Reads Adam Gonzalez at December 21, 2016 No comments: Links to this post