Barilla is in Deep Dark Ugly Sauce with the Gay Community 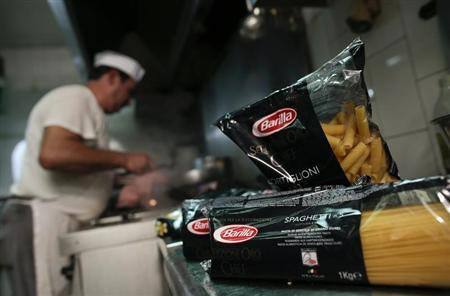 By Victoria Cavaliere
NEW YORK
U.S. and international gay rights supporters called on Friday for a boycott of Italian pasta maker Barilla, whose chairman said he would never feature a gay family in its advertising. 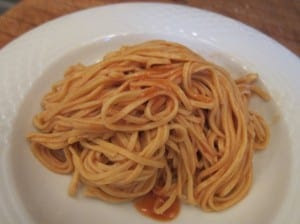 The comments sparked a firestorm of protest on social media and resulted in online petitions in English, German and Italian, including one by Italian playwright and Nobel Prize winner Dario Fo.
A MoveOn.org petition started by Beth Allen, a Takoma Park, Maryland, mother of two and a lesbian, garnered 85,000 signatures by Friday evening.
"Guido Barilla made it clear how he felt about families like mine by saying that he'd never show gay families in advertisements for Barilla," Allen said in her petition.
"He said that gays could eat another pasta if they didn't like his message. I'm taking him up on that and so should you," she said.
Chairman Guido Barilla, 55, sparked the controversy with comments on Wednesday to an Italian radio station.
"I would never do (a commercial) with a homosexual family, not for lack of respect but because we don't agree with them. Ours is a classic family where the woman plays a fundamental role," he said.
Barilla also said he was unconcerned with whether gay consumers would stop buying pasta from the privately held company that is the world's biggest pasta maker.
If gays "like our pasta and our advertising, they'll eat our pasta. If they don't like it, then they will not eat it and they will eat another brand," he said.
The U.S.-based Gay & Lesbian Alliance Against Defamation, or GLAAD, rallied behind the petition of an Italian-American mother in Connecticut who has a gay son. (Petition: r.reuters.com/qaz43v)
Consumers can express their opinions with their shopping dollars and forgo products from Barilla, one of the world's best-known makers of pasta and ready-made sauce, the group urged.
Nobel laureate Fo urged Barilla to make up for the remarks by creating an advertisement that featured a same-sex couple or parents.
The Washington, D.C.-based Human Rights Campaign, a gay, lesbian, bisexual and transgender equal rights group, posted a list on its website of five Barilla competitors that are gay and lesbian-friendly. (Barilla alternatives: r.reuters.com/saz43v)
"Now, more than ever, consumers are sending a message that they are watching to see if the business they patronize understand and honor issues important to them," it said.
Shoppers in Manhattan's Chelsea neighborhood, an area popular with the gay community, said Barilla's comments could weigh into their decision to buy the brand.
"Making a comment is one thing," said Melissa Beyer, 40. "To me, the thing that takes it one step further is whether or not a company gives money to support some policy I don't agree with."
Christopher Houlihan, 26, a concert organist, said he saw the comments as a questionable business move.
"He can have an opinion, but he should keep it to himself," Houlihan said. "It's not just gay people that aren't going to buy it. It's friends and family members."
Barilla issued apologies on Thursday and on Friday, the company chairman posted a video in English on Facebook saying he respected everyone, "including gays and their families." (Barilla video: r.reuters.com/raz43v)
"I have heard the countless reactions to my words in the world which have depressed and saddened me. It is clear that I have a lot to learn about the lively debate concerning the evolution of the family," he said.
Guido Barilla runs the 140-year-old pasta company with brothers Luca and Paolo. The company employs 8,000 people and its 30 production sites manufacture 1.7 million tons of products each year.
Last year, fast food chain Chick-fil-A angered gay rights groups after President Dan Cathy made remarks opposing same-sex marriage.
Thousands of people pledged to boycott its 1,700 stores, while Cathy supporters staged a Chick-fil-A "Appreciation Day.”
By Victoria Cavaliere
NEW YORk
REUTERS
(Editing by Ellen Wulfhorst; Editing by Lisa Shumaker)
Over 5.6 Million Reads Adam Gonzalez at September 28, 2013 No comments: Links to this post