Trump Takes The Gloves Off His Little Hands and Goes After The Victim! He could Not Wait Any longer 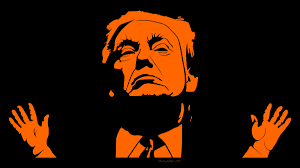 President Trump on Friday questioned the credibility of the woman who has said Judge Brett M. Kavanaugh sexually assaulted her while they were both teenagers. The president said that if the attack “was as bad as she says,” it would have been reported to the authorities.
Attacking the woman, Christine Blasey Ford, directly for the first time after days of atypical restraint, the president challenged her to produce contemporaneous law enforcement reports “so that we can learn date, time, and place!”

Dr. Blasey, who was around 15 at the time of the alleged assault, has said publicly that she did not report the episode to the authorities, and that she does not recall exactly when it took place. Many women are reluctant to come forward and report sexual assaults, in part because they fear they will not be believed.

In taking to Twitter, Mr. Trump did what his aides had feared for a week: He questioned, before hearing a full account, the veracity of a woman who had alleged a sexual assault. In doing so, he risked further inflaming the bitter divisions between Democrats and Republicans over Judge Kavanaugh’s nomination, as well as further energizing female voters in the midterm elections against the Republican Party.

Until Friday, Mr. Trump — who himself has faced sexual misconduct allegations — had largely left it to senators on the Judiciary Committee to handle Dr. Blasey’s allegations. She has said that at a high school party in the early 1980s, Mr. Kavanaugh pushed her onto a bed, groped her, tried to take off her clothes and covered her mouth to prevent her from crying for help. Judge Kavanaugh has repeatedly denied the accusations.

[Experts say long delays in reporting or a foggy recall are hallmarks of sexual assault.]
Both Dr. Blasey and Judge Kavanaugh have said they are willing to provide sworn testimony to the Senate Judiciary Committee. Dr. Blasey was in negotiations on Friday over the conditions for any appearance by her.

But before she had provided any testimony, Senator Mitch McConnell, the Republican leader, assured an audience of conservative Christians on Friday that Judge Kavanaugh’s confirmation would go through.

“Keep the faith. Don’t get rattled by all of this. We’re going to plow right through it and do our job,” Mr. McConnell said at the Values Voter Summit. “In the very near future, Judge Kavanaugh will be on the United States Supreme Court.”

“I hope this woman is not being used by the Democrats,” Kellyanne Conway, counselor to the president, said in an interview with CNN on Friday.

The Senate had planned to vote on Judge Kavanaugh’s confirmation on Sept. 20, but the Judiciary Committee agreed to delay the vote until Dr. Blasey and Judge Kavanaugh could testify.

Dr. Blasey declined an invitation to testify this coming Monday, but through her lawyer, she said she was open to testifying later under several conditions. She said she would be willing to speak with senators on the committee later next week as long as she is questioned by lawmakers — not outside counsel — and as long as Judge Kavanaugh is not in the hearing room while she speaks. She also asked for steps to be taken to ensure her safety — she has received death threats.

Ms. Conway called her requests a “laundry list of demands.”
Dr. Blasey was to meet with the F.B.I. in San Francisco on Friday afternoon about the online and phone death threats against her, according to her lawyer, Lisa Banks.
Ms. Banks declined to address Mr. Trump’s tweets, or the negotiations over Dr. Blasey’s offer to testify before the Senate Judiciary Committee.

This Story posted on the New York Times
Jeremy W. Peters and Sheryl Gay Stolberg contributed reporting.
Over 5Million Reads Adam Gonzalez at September 22, 2018 No comments: Links to this post