New App “Bro” for Men to Find Men Who Are not Gay(?) but will Have Sex 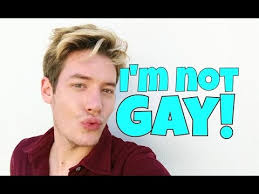 With all the discussion about sexual fluidity in 2015, it's only natural that dating and hookup apps would jump on the trend. The latest company to make an entry into the gay hookup app market? An app called Bro (because of course it's called Bro), a dating app for men who want to have sex with other men, even if they don't necessarily self-identify as gay.

A New App Is Here for Men Looking to Have Sex With Men — Even If They're Not Gay
Source: Courtesy of Bro
Because of the app's avoidance of explicit sexual labels, there is some confusion as to who exactly it's designed for.

Bro founder Scott Kutler told Mic that the app is catering to dudes who want to have sex with other men, without explicitly self-identifying as gay or bisexual. "One of the reasons we don't state bi or gay in our app is that we believe it shouldn't matter when meeting other men," Kutler told Mic in an email. “We've found labels are becoming less and less relevant — and rightfully so, since they can be damaging." 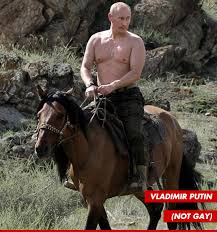 But gay website Queerty wrote that the app caters specifically to "heteroflexible" guys seeking "bro jobs" — in other words, straight men who dabble in gay sex while ostensibly maintaining their straight identities. This interpretation would certainly be in line with the recent flurry of internet trend pieces highlighting the prevalence of male sexual fluidity, many of which have been pegged to last year's buzzy book Not Gay: Sex Between Straight White Men by Jane Ward. Recent data from the Centers for Disease Control and Prevention supported the idea that "bro jobs" might actually be a thing, reporting that 2.8% of straight-identified men have engaged in anal or oral sex with other men.

Kutler is quick to point out, though, that Bro isn't just trying to be a Grindr for straight (or "straight," whatever) dudes.

"The app is geared towards men that typically identify as bi/gay, and sexually fluid men are welcome to try it," he told Mic. So despite its "no labels" branding, there seems to be an understanding that the majority of men who would be interested in a networking app for men-seeking-men are likely to be gay or bi.
Psychotherapist and author of the book Is My Husband Gay, Straight, or Bi? Joe Kort told Mic that given the stigma against men having sex with other men, an app catering to sexually fluid men could be useful.

"They have no community and nowhere to go to meet," he said. "So I actually think this app is going to be perfect for them for now."

That said, there's something more than a little problematic about Bro's packaging, which features such hallmarks of bro culture as frat-y red Solo cups and the stereotypically manly mascots (not to mention the usage of the word "bro" over and over [and over] again). One might say that for an app that seeks to transcend labels, it sure is clutching tightly onto one label in particular: masc.

There seems to be nary an inch of space for men who don't vibe with traditional expressions of masculinity, something that is a little reminiscent of the "masc for masc" (and/or "straight-acting") phenomenon, in which some gay or closeted men are instilled with feelings of self-loathing and live in crippling fear of being perceived as anything other than a v. macho man.

Kort believes that this will likely be an unavoidable aspect of Bro's existence, but he doesn't necessarily see it as a problem so long as it helps such men become more comfortable with themselves.

"There's still a lot of internalized homophobia within the gay male community centered on 'straight-acting' men," he told Mic. "But as a therapist, I think it's OK if the app gets filled with these men because each of these men are working something out anyways."

Kutler is similarly hopeful that the app will do more good than harm in this regard.

"I agree that 'masc for masc' ideals can be very damaging to the community, and I also think that being comfortable with your sexuality is a process," he said. "If someone is in the closet, there shouldn't be judgment. They should have a safe space to find similar friends or men that have experienced it and are willing to help; not judge them for being 'closet cases.'"

Such noble intentions aside, the question remains: Where does this leave all the fem gays?

Nicolas DiDomizio
http://mic.com
Over 5Million Reads Adam Gonzalez at January 25, 2016 No comments: Links to this post

Email ThisBlogThis!Share to TwitterShare to FacebookShare to Pinterest
Labels: Gay Not Gay 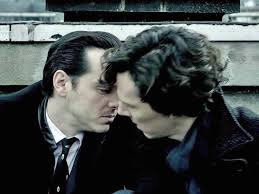 This is a new concept this blog has been talking about for a year and that is that sexuality is fluid.  When we try to neatly box everything and give it a label nature throws a monkey wrench into it and we have to stop and scratch our heads. The fact is no matter what you or I believe there are people out there that live very happy contempt lives without being gay nor straight.

A new survey by YouGov and others since 2011 are giving us shockingly(to some) high numbers,  like in 2011 NCRM reported on a groundbreaking new survey that found that children – gay and straight – raised in conservative areas were far more likely to attempt suicide than children raised in more liberal areas.

This remind us that nature is not completely this or that. As we explore other worlds as out technology improves we will see shocking samples that will rock many of our familiar, popular beliefs. Right now many scientists believe that we have an alien on our mists in the oceans. An animal we have discovered has a high level of intelligence but by it looks we never would have guessed it. I will leave it at that because that is a subject for another issue. The point is that there is much we don’t know about ourselves and our surroundings. Keeping an objective and open mind is best. Wish parents would teach that to their kids. It would make them better human beings with tolerance for those things and people we don’t understand.
Adam Gonzalez
-*-
According to a new YouGov survey, 49% of 18-24 year-olds in Britain define
themselves as something other than completely heterosexual.
The Kinsey scale invented in the 1940s placed people on a range of
sexual preferences from exclusively heterosexual at 0 to exclusively
homosexual at 6.
In the YouGov study, individuals were asked to put themselves on that
sexuality scale. In total, 72% of the British public scored themselves at the
completely heterosexual end of the scale, while 4% were at the completely
homosexual end, with 19% stating they were somewhere in between –
classed as bisexual by Kinsey.
One of the most striking findings of the new study is that with each generation,
people see their sexuality as less fixed and more fluid. The results for 18-24
year-olds are particularly telling, with 43% placing themselves in the non-binary
area between 1 and 5 and 52% place themselves at one end or the other.
Of these,
only 46% say they are completely heterosexual and 6% as completely
homosexual.
Public opinion seems to accept the concept that sexual orientation exists
along a continuum, rather than being a either/or choice between being
straight and gay. According to YouGov, 60% of heterosexuals support
this idea, as do 73% of homosexuals.

Only 28% of heterosexuals believe that “there is no middle ground –

you are either heterosexual or you are not".
Kinsey estimated that around 10% of the population was gay,
although this percentage was criticized by the American Statistical

Association. However, a 2011 Gallup poll asked over 1,000 people
in the US “what percentage of Americans today would you say

are gay or lesbian?" On average, respondents guessed
that 1-in-4 Americans were.
When it comes to breaking down in terms of gay men
and women 1.5% of men in
According to research by Biscuit, a website for bisexual women,
38% of respondents have at one point engaged in some form of
sexual activity with a same-sex partner, often as part of a group.
Charlotte Dingle, editor-in-chief of Biscuit, told Pink News:
“Women are increasingly viewing their own sexuality as fluid.
I believe that the old definitions of ‘gay’, ‘straight' and 'bi' are
increasingly irrelevant in a society in which an individual’s sexual

and gender identity is becoming more and more complex and diverse."
Fiona Keating
ibtimes.co.uk
Over 5Million Reads Adam Gonzalez at August 18, 2015 No comments: Links to this post