Equal Rights Law is What We fight for 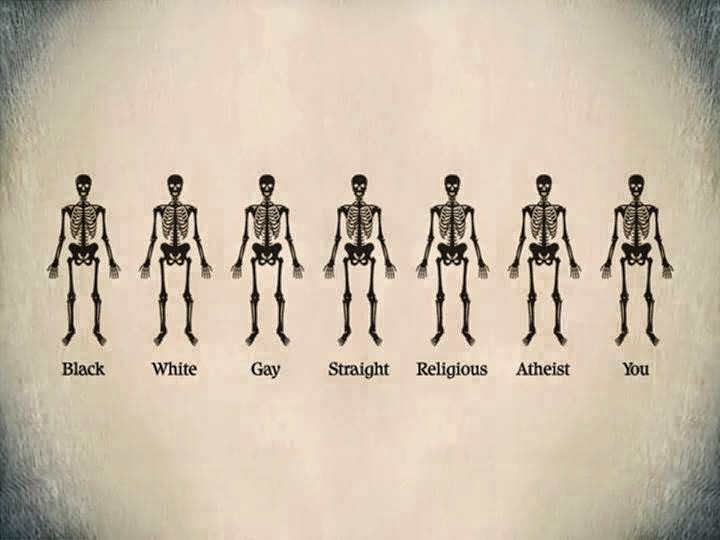 The New York Times reported today on the fight to have the LGBT community have the same rights as everyone else. It is non-american to have people fired, not promoted, not leasing an apartment because of who they are which has nothing to do with anything else except an inborn bias and homophobia. A hatred that makes no sense because there is no reason for a closeted gay person or a straight person to hate somebody because of what they do in bed. It makes no sense.
As is described below this is a fight which will be long term without taking a breather but it will take time to teach and overcome the politics involved and ingrained on people’s imagination of wrong information and old tales of what they have been told through the generations, just like ingrained bias against people with different type of hair or color of their skins. The millennia's new generation will have to be out as the path has been paved by us. They will have to fill those positions in law, politics and for everyday testimony that we are like everyone else and sex is something that is personal and private and has nothing to do with the work we do and the lives we lead.
Publisher

As barriers to same-sex marriage fall across the country, gay rights advocates are planning their next battle on Capitol Hill: a push for sweeping legislation to protect lesbian, gay, bisexual and transgender people from discrimination, similar to the landmark Civil Rights Act that President Lyndon B. Johnson signed in 1964.

Plans for a so-called comprehensive lesbian, gay, bisexual and transgender civil rights bill are still in their infancy, and advocates say the campaign could take a decade or longer. With Republicans taking control of the House and the Senate in January, they say the measure has little chance of passing in the next two years.

Senator Harry Reid with other Democratic senators speaking to the press about the passage of the Employment Non-Discrimination Act in the Senate on Thursday.Senate Approves Ban on Antigay Bias in WorkplaceNOV. 7, 2013
“This will not be an easy struggle,” said Representative David Cicilline, Democrat of Rhode Island, who intends to introduce legislation this spring. “It forces a much larger conversation about our values as a country. Are we going to be a country in which we prohibit discrimination of any kind against individuals based on their sexual orientation?”

The effort reflects a new reality for a movement that has had a series of recent victories. Same-sex marriage is legal in 35 states and the District of Columbia. Gays can serve openly in the military and have a host of new federal protections. On Wednesday, the Labor Department issued a rule barring federal contractors from discriminating on the basis of sexual orientation and gender identity.

But gay men and women can still be fired and denied housing in vast stretches of the country, especially in the South and the Mountain West. There are 16 states where gay people lack virtually any legal protections. Officials at the federal Equal Employment Opportunity Commission, who investigate claims of workplace discrimination, said they had received more than 1,300 complaints involving sexual orientation and gender identity since 2013, when they began tracking such claims.

In Yankton, S.D., for example, Tyler Brandt, 16, said his manager at a Taco John’s restaurant required him to wear a name tag that said “Gaytard.” Humiliated, he quit, and he is now represented by the American Civil Liberties Union, which filed a claim with the commission. A Taco John’s spokeswoman said the company took the allegations “very seriously” and is in the process of resolving the claim.

In Connecticut, Kerry Considine, a physical therapist at an assisted living facility, tried to add her wife, Renee, to her health insurance policy and was denied; the company was based in Tennessee, which does not recognize same-sex marriages. The company eventually agreed to cover Renee Considine, but not until her wife filed a claim with the commission. Kerry Considine is now suing in federal court, in part to recover expenses incurred when her wife was not covered and also to establish that the denial of benefits was discriminatory.

“If I was a man marrying a woman, there wouldn’t have been a question,” she said.

Against that backdrop, lawyers for an array of gay rights and civil rights groups — including the A.C.L.U., the Lambda Legal Defense Fund and the Human Rights Campaign — have been meeting for the past six months to work on a proposed bill. The Human Rights Campaign has been convening focus groups to gauge public opinion on the plan. On Thursday, it issued a report making the case that a broad civil rights bill would “make ours a more equal nation,” as Chad Griffin, the president of the group, wrote. The Center for American Progress, a liberal research organization, will issue its own report next week.

Eighteen states already ban discrimination based on sexual orientation and gender identity. Sarah Warbelow, the legal director for the Human Rights Campaign, said protections were needed in every state, in all areas of society — including employment, housing, education, public accommodations, jury service and lending.

“When a transgender person changes their first name from Jennifer, say, to Josh, the credit company says, ‘That’s highly unusual, we don’t have credit history for Josh and so we can’t cover you,’ ” Ms. Warbelow said. “But straight married women change their last names all the time.”

Any effort to create a new class of legally protected people — as the 1964 law does for racial minorities and women — is likely to run into serious opposition from conservatives. They are waging a campaign to carve out religious exemptions to state laws after some high-profile court fights, like that of a New Mexico wedding photographer who refused to work at a same-sex ceremony.

Some conservatives warn of dire social consequences if civil rights protections are extended to transgender Americans.

“This is where the term ‘bathroom bills’ has been coined,” said Peter Sprigg, a senior fellow at the Family Research Council, a conservative Christian advocacy group here. “Applying gender protections to public accommodations would mean that you have situations in which people who are biologically male could claim that they have a civil right to use a female designated facility — including restrooms, showers and locker rooms.”

The idea of a national civil rights bill for gays was first proposed in the 1970s by two New York Democrats in Congress, Bella Abzug and Edward I. Koch. But it failed to gain traction and the movement ultimately scaled back its ambitions, settling on the narrower bill, the Employment Nondiscrimination Act, known by the acronym ENDA.

That measure, introduced in 1994, finally passed the Senate last year with the support of 10 Republicans, but only after conservatives insisted on an exemption for religious groups. The exemption infuriated some gay rights groups, which soured on the measure and backed away from it. The bill has not passed the House.

“We’ve made some big tactical mistakes along the way,” said Richard Socarides, who advised President Bill Clinton on gay rights issues. “Many of our allies felt very burned by the infighting around the last big push for ENDA.”

Despite the defeats, advocates said the time was right to push for a broader bill.

“When ENDA was introduced, the idea that same-sex couples would be able to get married was a fantasy, a fairy tale,” said James Esseks, the director of the Lesbian, Gay, Bisexual, Transgender and AIDS Project at the A.C.L.U. “Why are we, 20 years later, still asking only for a small slice of the protections that we actually need, and that most every other community takes for granted?”

But advocates and their allies in Congress say they have no illusions. Senator Jeff Merkley, an Oregon Democrat, plans to introduce a broad nondiscrimination bill this spring. But asked when such a measure might pass, he said, “That’s a hazy, crystal-ball question.”

By SHERYL GAY STOLBERG
Over 5.6 Million Reads Adam Gonzalez at December 05, 2014 No comments: Links to this post