President Trump endorsed a 25-cent gas tax hike to pay for infrastructure at a White House meeting this morning with senior administration officials and members of Congress from both parties, according to two sources with direct knowledge. Trump also said he was open to other ways to pay for infrastructure, according to a source with direct knowledge.
Reality check: Trump’s gas tax idea appears dead on arrival. Republicans aren’t about to hike taxes for the Trump voters driving their pickup trucks to work every day. It’s a regressive tax and in Republicans’ minds would undo some of working and middle-class tax cuts they just passed.
Paul Ryan in 2015:
"Ever since 2008, the trust fund has spent more than it took in. And the reason is simple: People have been using less gas. They’re driving more fuel-efficient cars. You get a lot more miles to the gallon than you used to. And so gas just doesn’t track use as well as it used to. And we can’t just chase fuel efficiency with higher taxes."
The gas tax is currently 18.4 cents a gallon for gas and 24.4 cents for diesel. It was last raised in 1993.
Per a White House official:
Over 5Million Reads Adam Gonzalez at February 15, 2018 No comments: Links to this post


New airstrikes launched by Russian and Syrian government forces on a besieged rebel-held region east of Damascus killed at least 10 people on Wednesday, opposition activists said, part of an ongoing aerial campaign that has killed dozens of civilians in the past few days.
Around 60 civilians were killed Tuesday in airstrikes and shelling that overwhelmed rescue workers and prompted calls for an immediate cease-fire that would allow the delivery of critical medical care.
The opposition's civil defense workers, known as the White Helmets, said 10 civilians were killed on Wednesday and many were wounded after warplanes targeted the town of Hamouriyeh, causing a building to collapse over its residents' heads. The Syrian Observatory for Human Rights reported an overall death toll of 23 civilians for Wednesday, which it said raised the number of people killed in the area since Jan. 29 to 384, including 94 children.
The Eastern Ghouta region, just east of the capital of Damascus, is home to nearly 400,000 people trapped by the violence and a tightening siege. The area has been under intense attack since the end of December as the government of President Bashar Assad struggles to bring it under control.
The punishing campaign by the Syrian government and its ally, Russia, has also battered the northwestern province of Idlib, the largest area under opposition control in Syria. The Idlib offensive has hit hospitals and residential buildings and has intensified after al-Qaida-linked militants in Idlib shot down a Russian Su-25 fighter jet near the town of Saraqeb over the weekend.
The children's organization Save the Children said in a statement Wednesday that the escalation in the opposition-held enclave of Idlib is placing thousands of children in extreme danger.
It said more than 30 schools supported by Save the Children and its partners in the area have had to close temporarily due to security fears. Hundreds of families, many of whom have already been displaced and left living in tents that provide no shelter from bombs or shells, have come under increasing fire and have been left with almost nowhere left to turn, it added.
"Children and their families are fleeing in the hope of finding safety and help, but now the bombs are following them even into the camps and hospitals. They are fast running out of places to go," said Sonia Khush, the organization's Syria response director.
Meanwhile, France's foreign minister said Wednesday that Assad's government is likely using chlorine gas in its latest attacks on rebel-held areas.
Jean-Yves Le Drian told BFM TV that "all indications show us today that the Syrian regime is using chlorine gas at the moment."
A U.N.-mandated investigator said Tuesday his team was probing reports that bombs allegedly containing weaponized chlorine have been used on two recent occasions in Syria.
"An investigation has been opened on that matter by the United Nations," Le Drian said. "The threat of using chemical weapons remains, this is a very serious situation."
The global chemical weapons watchdog said Wednesday it is investigating recent allegations of chemical weapons use in Syria. In a statement, the Organization for the Prohibition of Chemical Weapons said its fact-finding mission is "investigating all credible allegations" and reporting its findings to the organization's member states.
By ZEINA KARAM, Associated Press
Associated Press.

adamfoxie.blogspot.com brings you the important LGBT news others ignore. Does not repost from gay sites [except out.sports.com only when importat athlete comes out].Will post popular items with a different angle or to contribute to our readers🦊
Over 5Million Reads Adam Gonzalez at February 08, 2018 No comments: Links to this post 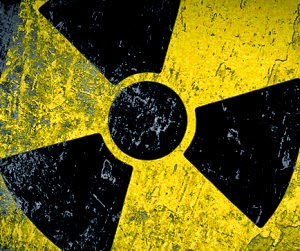 A small group of pundits and politicians with close ties to the fossil fuel industry are using the crisis in Crimea to demand that the United States promote natural gas exports as a quick fix for the volatile situation. But such a solution, experts say, would cost billions of dollars, require years of development, and would not significantly impact the international price of gas or Russia’s role as a major supplier for the region. Rather, the move would simplyincrease gas prices for American consumers while enriching companies involved in the liquified natural gas (LNG) trade.
On Capitol Hill, House Energy and Commerce Committee Chairman Representative Fred Upton (R-MI) was among the first to use the crisis in Ukraine to demand that the Department of Energy speed up the approval process for new LNG terminals. “Now is the time to send the signal to our global allies that US natural gas will be an available and viable alternative to their energy needs,” said Upton in a statement. As we’ve reported, Upton’s committee is managed in part by Tom Hassenboehler, a former lobbyist who joined Upton’s staff last year after working for America’s Natural Gas Alliance, the primary trade group pushing to expand natural gas development and LNG exports.
Paul Bledsoe, in an opinion column for Reuters, wrote that the United States should expedite natural gas exports to “bolster transatlantic solidarity and help to form a united US-EU response to Russian intervention in Crimea.” He was identified in the piece as a member of the “White House Climate Change Task Force under President Clinton.” What wasn’t disclosed, however, is that Bledsoe is an official with a pro–fossil fuels think tank called the Bipartisan Policy Center, which is funded by the American Gas Association and energy companies with a financial stake in promoting the natural gas industry. (Although he’s not listed on the website, a representative with BPC told Republic Report that Bledsoe continues to work there.)
Groups created and funded by Charles Koch, chief executive of Koch Industries, have also demanded that America should respond to the crisis in Crimea with LNG exports. “A serious President would also fast-forward permits on new liquefied natural gas terminals that could ship to Europe,” claims a column posted by Americans for Prosperity, a Koch-run advocacy group. A similar argument is advanced by the Koch-founded Cato Institute.
What’s left undisclosed, however, is the huge financial stake in the debate for Koch Industries. A brochure for the company shows that Koch has deeply expanded its footprint into the natural gas market, and is now actively engaged in shipping, sourcing and marketing LNG, in addition to becoming a leader in developing financial instruments related to natural gas. “To complement existing North American activities from Houston and to optimize their global portfolio, KS&T companies are expanding a Europe-wide natural gas business from Geneva and an LNG trading business from offices in Houston and London,” reads thedocument. Further, Koch federal lobbying disclosures show that the firm has pushed a bill to expedite LNG exports from America to NATO countries.
In perhaps the most ironic twist of this public debate around how to respond to Russia’s incursion into Crimea, American lobbyists with ties to Russia are calling for a solution that would not only shield Russian gas oligarchs, but enrich them. The National Association of Manufacturers has opposed tough sanctions on Russia. Instead, NAM has used the crisis in Ukraine to “urge speedier approval of liquified natural gas exports, arguing that the move would weaken Vladimir Putin’s control over Europe’s energy supply.” NAM’s chief lobbyist Jay Timmons told Politico that an LNG-export response would “send a strong signal to the Russian Federation, our NATO allies, our trading partners and the rest of the world that energy exports matter and are a critical tool of American foreign policy.”
What Timmons did not mention is that ExxonMobil is a leading member of his trade association, and that ExxonMobil has extensive ties to Russian gas giants, including partnerships to develop natural gas in the United States and around the world. (For more on the business ties, see Kert Davies and Steve Horn’s recent reporting on the Putin-sanctioned alliance between ExxonMobil and Russian state–owned oil and gas giant Rosneft.) In short, Timmons’s strong signal to Russia would help Russian gas businesses.
This post was originally published at RepublicReport.org

Over 5Million Reads Adam Gonzalez at March 22, 2014 No comments: Links to this post

Email ThisBlogThis!Share to TwitterShare to FacebookShare to Pinterest
Labels: Gas

Barharain Says “We Use Gas on Protesters Appropriately”

Over 5Million Reads Adam Gonzalez at October 27, 2013 No comments: Links to this post