Young Hungarian Comes Out but Recommends DADT for Other Youth

DADT= Don’t ask don’t tell U.S.’old policy with dealing with gay soldiers which was killed by the White House, Congress and the Secretary of Defense along the Brass. It meant to have gay soldiers to keep quiet about their sexuality. A great tool for abusing gay soldiers from black mailing to discharges galore.

András Stumpf is a prominent thirty-something conservative publicist, known most for his self-assured, sometimes aggressive and always irreverently outspoken style. He sometimes reminds me of a young, rigid, right-wing libertarian, who hasn’t come to understand that the world is full of nuance, and that these complexities require some sensitivity. Mr. Stumpf, who once worked for the Heti Válasz weekly, but is now employed by Mandiner, a conservative blog and news site, contributed a piece to the Magyar Nemzet daily paper on gay rights in Hungary. He was, in part, responding to liberal publicist Zoltán Ceglédi, who noted that hundreds of thousands of Hungarians don’t enjoy full civil rights. Mr. Ceglédi was referring to the country’s LGBT community, and the fact that same-sex marriage is not legal in Hungary. In fact, while there had been progress made in 2009 on legalizing same sex unions, Fidesz’s constitution enacted in 2012 prohibits same-sex marriage.
Mr. Stumpf, however, offers the following solution to those in Hungary’s LGBT community:
“A gay man in Hungary has the same right to marry a woman, as a heterosexual would have. Rights relate to the individual, and liberals, of all people, should know this. If someone does not want to make use of this right, because he isn’t attracted to women, then that is understandable, but it doesn’t mean that he is being deprived of his rights simply because he can’t marry a man.”
Mr. Stumpf continued his flippant line of reasoning by adding that he isn’t going to cry discrimination, simply because he isn’t allowed to participate in the women’s 100 meter breaststroke, even if he would really like to.
“Grants and funds are being dedicated to support people coming out of the closet, as if there was any merit to declaring something in public that the public has never asked to hear about,” Mr. Stumpf added. 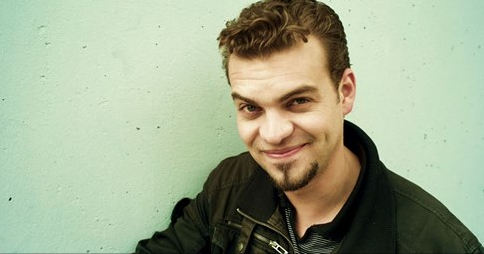 András Stumpf.
He then spoke of how difficult it is for him to digest the fact that Zoltán Lakner, a young and talented liberal political scientist with whom he often appeared together on television news programs, has come out as being gay. “His ability to reason is outstanding, he is smart and well-prepared. And then he decided to come out of the closet. And now, whenever we meet, I simply can’t not think of the fact that he likes guys. This doesn’t happen to disgust me, and I don’t have a problem with it, I just don’t know why I need to have this piece of information, when I don’t even know if he prefers fish soup to goulash,” observed Mr. Stumpf of his reaction to his colleague’s sexuality. I presume that had Mr. Lakner not said a word about his sexuality, but had perhaps invited Mr. Stumpf over for dinner, and introduced him to his partner, then the reaction would have been no different. Mr. Stumpf wouldn’t have been able to focus on the delicious goulash, because the only thing running through his mind would have been that his friend is gay.
So maybe the problem is less with Mr. Lakner’s decision to come out of the closet, and more with Mr. Stumpf’s discomfort around this issue.
At best, Mr. Stumpf seems to be a proponent of the “don’t ask, don’t tell” approach. At worst, he is like many of our grandparents were on this issue thirty or forty years ago, namely: “what these people do is disgusting, but as long as they keep it a secret, and as long as they hide, I don’t really care.”
“With a little humanity and a little self-restraint, we could all live normally,” writes Mr. Stumpf of both those who publicly express their disgust with gay couples, as well as gay couples who are open about their relationship in public. “This is, after all, one of the most insignificant problems in our society, and which is only being kept on the surface by the injection of millions of dollars,” added Mr. Stumpf, implying that there is a nefarious, foreign liberal lobby deliberately pumping big money into this one issue.
A small dose of sensitivity would serve Mr. Stumpf very well.
Christopher Adam
Christopher Adam received a B.A. in history from Concordia University, an M.A. in East/Central European and Russian-Area Studies from Carleton University and a PhD in history from the University of Ottawa. His research focuses on the history of the Hungarian diaspora during the postwar period. Christopher is the founding editor of the Hungarian Free Press, as well as the founder and editor-in-chief of the Kanadai Magyar Hírlap Hungarian-language paper, which won Hungary's 2015 Free Press (Szabad Sajtó) Award. Christopher resides in Ottawa, Canada.
Over 5.6 Million Reads Adam Gonzalez at June 15, 2015 No comments: Links to this post