Raining Men Politicly but Not to the Democrats Camp 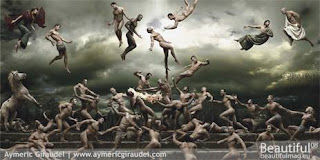 Interactive- mover cursor over the graphs to get numbers. You will notice that as a voting block LGBTQ is voting united but when you break it down some are more united than others. Also there is nothing to suggest that the trend that you see as of 2012 has change in any major way.

Over 5Million Reads Adam Gonzalez at October 11, 2016 No comments: Links to this post

Over 5Million Reads Adam Gonzalez at November 03, 2015 No comments: Links to this post

No, the rich are not all moving to the city now


You may be under the false impression that rich people now typically live in cities. Your confusion is understandable. The gentrification trend in a handful of coastal cities has been blown way out of proportion by journalists who happen to live there, when far more urban neighborhoods remain mired in poverty. Other journalists promote “demographic inversion,” the catchy counterintuitive idea that cities are becoming rich and the suburbs diverse. And every day you are subjected to a drumbeat of articles that conflate cities with their much larger metropolitan regions.

By Ben Adler
http://grist.org
Over 5Million Reads Adam Gonzalez at March 13, 2015 No comments: Links to this post