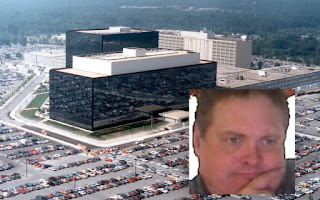 Federal prosecutors are urging a judge to order the continued detention of a Maryland man accused of stealing a huge amount of highly classified material from the National Security Agency.
Harold T. Martin III was arrested in late August and charged with keeping top secret material in his home and car. In court documents filed Thursday, prosecutors say FBI agents have recovered roughly 50,000 gigabytes of material, which would be equivalent to 500 million pages of documents containing text and images.


Analysts are now going through it all to determine how much was classified.
If Martin is released on bail, the Justice Department says, he could get access to material he has hidden that FBI agents haven't yet found. What's more, they say, since his arrest has been made public, foreign agents are aware of the kinds of things Martin knows.
This makes him, prosecutors say, "a prime target, and his release would seriously endanger the safety of the country and potentially even the defendant himself."
They also say he had a number of firearms and once told his wife that he would end his life "if he thought it was all over."  The court filing says one of the documents he stole, during a 20-year period of taking materials home, contained handwritten notes describing the NSA's computer systems, written "as if the notes were intended for an audience outside of the Intelligence Community."
Another document described "specific operational plans against a known enemy of the United States."
Many of the classified documents were lying openly in his house or stored in the back seat and trunk of his car, which he parked in a driveway outside his house.
His lawyers, public defenders James Wyda and Deborah Boardman, say the crimes he's charged with don't permit a court to deny bail. The government "concocts fantastical scenarios" in which he might attempt to flee, but his wife and home are here.
"There is no evidence he intended to betray his country," they say.
Investigators say they have concluded that some of the most sensitive material taken by Martin was also offered for sale on the dark web in August, but they have not determined whether it was provided by Martin, stolen from him or hacked from one of his computers, or obtained some other way.
A judge holds a hearing on Martin’s detention request Friday afternoon.[Update] Judge ruled he will remain locked up with no bond. 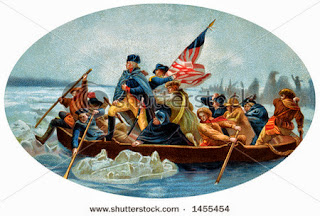 As a KGB agent and head of a nation with almost a supreme government and anti god for the longest I would like to know how many kills will equal being oner person gay? “Because you can not be a Banana tree and give Date Nuts as fruit.” This people with all their “Love America” and God fearing” will rather see America sink than have a black president succeed and they’ll rather bring the devil himself to the church if he was anti gay. That’s the level of their love, intellect, understanding and racism.
Who'd a thunk there'd come a day when the "good ol' boy" American South, the "Gods, Guns, and Glory" clan, would embrace a Cold War KGB agent as their personal religious hero? But that's just what the Morally Superior Bryan Fischer has done, clasping one hand on the Bible and the other on the figurative hammer and sickle.

According to Wikipedia: Bryan Jonathan Fischer is the Director of Issues Analysis for the American Family Association (AFA). He hosts the talk radio program Focal Point on American Family Radio and posts on the AFA-run blog Instant Analysis (formerly Rightly Concerned).
Fischer also recorded a long form piece for the Voice of Russia praising Putin for his brave and Godly anti-homosexual stance toward gays in Russia, where violence against them is expected, if not encouraged. Fisher in his own words:
"Russia is not being homophobic, it's homo-realistic -- the Russian government is trying to take the issue into consideration and establish public policy to contribute to public health, as this lifestyle is not be promoted, endorsed or granted special legal protection...
"I think the Russian government is right to be concerned with propaganda on teenagers who are at the age of struggling through sexual identity issue and we should help to channel these urges in productive behavior. Heterosexuality is God's design. Policies that encourage young people to think this are good ideas.”

I wonder if Fischer sees beating a gay Russian teenager to a bloody pulp is a health issue of concern? Or is it just "God's will"? Fischer isn't the only Rapture Rightie out there siding with the Ruskies on this. The report from MSNBC continues:
"The Catholic Family and Human Rights Institute said it 'admires' Russia's anti-gay moves; Peter LaBarbera of Americans for Truth About Homosexuality lauded Russia for rejecting 'America's reckless and decadent promotion of gender confusion'; and the Illinois-based World Congress of Families has scheduled its 2014 conference for the Kremlin.

"And then, of course, there's evangelical activist Scott Lively.
"If Lively's name sounds familiar, it's probably because of his work in Uganda, where he brags he is known as the 'father' of the anti-gay movements. When Uganda took up a 'Kill the Gays' bill, proponents said it arose out of an anti-gay conference that Lively headlined in 2009. Earlier this year, the Washington Post reported that Lively has spent the last decade working 'systematically to strip away human rights protections from LGBT people' around the world, becoming 'a kind of persecution consultant, strategizing with influential leaders and cohorts in other countries about ways to further silence and remove LGBT people from basic protections of the law.'
"And wouldn't you know it, Lively conducted a 50-city speaking tour of Russia in 2007, where he recommended the very measures Russia is now pursuing. From an AP report last year:
"'Russia could become a model pro-family society,' he wrote. 'If this were to occur, I believe people from the West would begin to emigrate to Russia in the same way that Russians used to emigrate to the United States and Europe.' [...]
"'Russians, even after glasnost, are comfortable with an authoritarian style,' he said. 'That wouldn't work in the United States.'"
What is it the "good ol' boys" always said? America, love it or leave it? Go to Russia if you don't like it here?
Maybe they'll follow their own advice.
Adam Gonzalez Contributed to this report from Mike Malloy
www.mikemalloy.com
Over 5Million Reads Adam Gonzalez at August 16, 2013 No comments: Links to this post