Stupidity and 2 GuysFellatio on a Taiwan Train

Kaohsiung, May 14 (CNA) Four men were arrested on Thursday in connection to a video that surfaced on the Internet showing one of the suspects performing oral sex on another on a Taiwan Railway commuter train.

Taiwan Rail Administration officials became irate after they learned of the video after the website of Apple Daily (Taiwan) broke the news and alerted the police.

As on-board announcements of“approaching Fengshan station”could be heard clearly in the video, local police said they were able to verify that the incident had taken place on a EMU800 local commuters' train traveling northbound from southern Taiwan's Pingtung County to Fengshan. That helped them track down the suspects.

The act had been performed in the vicinity of a unsuspecting male commuter, who had sat in the same carriage, according to a statement released by the Kaohsiung Precinct of the Railway Police Bureau.

All four men have been arrested and charged with public indecency and spreading indecent material.

The four suspects said that they had met and arranged for their escapade through a chat group on the instant messaging app LINE, according to the police. They then carried out the act during the daytime on April 27, a Monday.

The video in question was shared amongst members of the chat group, the suspects told the police.

Investigators also discovered that Cheng, the man who leaked the video on the Internet, did not know the three other suspects, and was not on the train at the time. The Railway police said he came across the video on the Internet and decided to upload it on his Microsoft cloud account because he "thought it would be fun" to let other people see it.

Police said they were able to nab Cheng after they hacked into Cheng's Microsoft cloud storage account.

If convicted, the suspects can be sentenced to up to two years in prison.

In a statement posted on the railway administration's website, Lo Chun-hsiung (羅俊雄), chief of the railway police's Kaohsiung precinct, said that its "eagle-eyed officers" are always on the lookout for "heinous offenses against morality" on the vital public transportation system, and warned the public against testing the mettle of law enforcement.

(By Cheng Chi-feng and Ted Chen)
http://focustaiwan.tw
Over 5Million Reads Adam Gonzalez at May 15, 2015 No comments: Links to this post

What’s The End Result of the Public Seeing Gay PDA's

What makes some people react to the sight of two men holding hands with anger, hatred & violence? Can we use science to find out exactly what goes on in the minds and bodies of prejudiced individuals in the precise moment that they witness a same-sex public display of affection?
By understanding more about prejudice towards LGBTQ (Lesbian, Gay, Bisexual, Transgender, Queer) individuals, we can develop better interventions to help reduce hate-based violence and crime - because we should all be able to hold hands with the one we love!
**Early parts of this video contain graphic images displaying victims of hate crimes. If you do not want to see these images, skip ahead 1 minute into the video 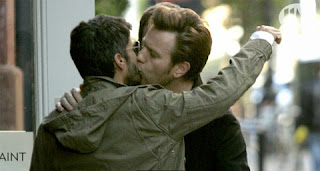 https://www.microryza.com
Over 5Million Reads Adam Gonzalez at September 23, 2013 No comments: Links to this post