BY: JASE PEEPLES
GAY.NET
It’s no secret that the boys of Gay.net love superheroes—with all those hard bodies wrapped in leather and spandex who could blame us? Whether their juggling secret identities, coming to terms with special abilities, or being persecuted for the way they were born, superheroes seem to be tailor-made for a queer audience and the following list of super-heroic studs are ten reasons why it’s great to be a gay geek.

Email ThisBlogThis!Share to TwitterShare to FacebookShare to Pinterest
Labels: Pages 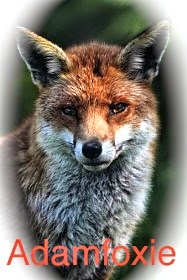 adamfoxie* hopes to keep Page 7 as the page where we show you the most important people coming out or that have been out and no one knows. You might want to check often to see if anybody else is been added to the list.. We are going to start with      Out Magazine but this will change since we will be in constant look out to see where ever we find them. The order and the tempo will change, What wont change is the concept.
yours, adamfoxie*.
This is just a preview…a small sample of  page 7 } Just reach out for the drop out menu on adamfoxie* and pick page 7. We will be looking for more Out gays to show you. By the way we don’t out gays we just like to show you the iconic ones to you that are already out.

This is the inaugurational posting of page 7 {Hope You Like} It will Get better by being longer and thicker. We already know what to do with the content of it.

Over 5.6 Million Reads Adam Gonzalez at November 21, 2011 No comments: Links to this post

Email ThisBlogThis!Share to TwitterShare to FacebookShare to Pinterest
Labels: Coming Out, International Coming Out, Pages

p7} What Ever Happened in Egypt


What Ever Happened in Egypt 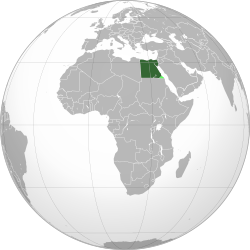 What Ever Happened in Egypt

Egypt, the most populous country in the Arab world, erupted in mass protests in January 2011,
as the revolution in Tunisia inflamed decades worth of smoldering grievances against the heavy-handed rule of President Hosni Mubarak.
After 18 days of angry protests and after losing the support of the military and the United States, Mr. Mubarak resigned on Feb. 11, ending 30 years of autocratic rule. The military stepped forward and took power. It quickly suspended unpopular provisions of the constitution, even while cracking down on continuing demonstrations.
In March, a set of constitutional amendments that paved the way for elections was overwhelmingly approved in a referendum that drew record numbers of voters. But anger over what many demonstrators saw as the military’s loyalty to the core of Mr. Mubarak’s government and the slow pace of change led to new mass protests and violence in April.
The military’s 18-member ruling council said it would hand over legislative powers after a parliamentary election in the fall, and that executive powers would be transferred after the presidential election, which would follow. But doubts quickly began to grow about the military’s commitment to the ideals of the revolution, with protests flaring into violence in June and again in October, when 24 were killed in a night of chaotic clashes between Muslims, Christian protesters and police.
Early in August, to the surprise of many, an ailing Mr. Mubarak was rolled into a courtroom in a hospital bed to face charges of corruption and complicity in the killing of protesters. The symbolism of the day’s events, watched live on television by tens of millions, served as a national catharsis for Egypt and electrified the Arab world. But testimony by police officials and the country’s military ruler, Field Marshal Mohamed Hussein Tantawi, failed to produce evidence one way or the other — an outcome that may serve to deepen suspicions in the country that Mr. Mubarak’s former allies in the military are trying to acquit him of more serious charges.
In October, members of the military council said they planned to retain full control of the Egyptian government even after the election of a new Parliament begins in November. The legislature will remain in a subordinate role similar to Mr. Mubarak’s former Parliament, they said, with the military council appointing the prime minister and cabinet.
The military had pledged in formal communiqués in March 2011 to hold the presidential election by September. But the generals later said that will come only after the election of a Parliament, the formation of a constitutional assembly and the ratification of a new constitution — a process that could stretch into 2013 or longer.
More than eight months after President Hosni Mubarak was toppled, the euphoria of Egypt’s political spring surrendered to a season of discontent. There was widespread gloom that Egypt was again stagnating, its economy heading toward a cliff, while the caretaker government refused or failed to act.
Frequent strikes over pay and worker rights further eroded long-battered government services from transportation to hospitals. Mass demonstrations that descended into sectarian riots left the public uneasy that anarchy lurks. Tourism, a buttress of the economy upon which an estimated 15 million people depend, remained in a tailspin.
Parliamentary elections, scheduled to start Nov. 28 and entailing three rounds ending Jan. 10, were meant to bring a sense of achievement and distill the uprising into a fairer, less corrupt political and economic system. But as campaigning began in earnest, the proliferation of more than 55 parties and about 6,600 candidates for 498 seats in the People’s Assembly inspired mostly confusion.
Recent Developments
Oct. 9 A demonstration by angry Christians in Cairo touched off a night of violent protests against the military council ruling Egypt, leaving 24 people dead and more than 200 wounded in the worst spasm of violence since the ouster of President Mubarak. The protest occurred against a backdrop of escalating tensions between Muslims and Coptic Christians, and appeared to catch fire because it was aimed squarely at the military council, at a moment when the military’s delays in turning over power had led to a spike in public distrust of its authority.
Sept. 24 Egypt’s military ruler, Field Marshal Mohamed Hussein Tantawi, testified at the trial of his onetime patron and colleague, former President Hosni Mubarak, in a closed hearing that disappointed prosecutors who had hoped he would help determine whether the ousted Egyptian leader conspired to order the killing of unarmed demonstrators in his final days in power in February.
Sept. 12 Acknowledging a credibility crisis after it allowed a mob to invade the Israeli Embassy in Cairo, the military-led transitional government said that it would exploit a reviled “emergency law” allowing extra-judicial detentions as part of a new crackdown on disruptive protests. This marked an abrupt reversal for the military council, which had promised to eliminate the law, which had been considered emblematic of Mr. Mubarak’s authoritarian rule.

[posted on  nytimes.com] [Art work by wikipedia]
Over 5.6 Million Reads Adam Gonzalez at November 08, 2011 No comments: Links to this post