Andy Rooney carried around the label for so long, it almost came to be his official title: national curmudgeon.

A Few Minutes With Andy Rooney


That distinguished title was held in previous American eras by men of letters with names like Mark Twain, Finley Peter Dunne, and H. L. Mencken.
Whether Mr. Rooney will be as long remembered is open to some question, mainly because his humor-based observations tended to come in bite-sized servings — literally “a few minutes” each. But with his death this weekend at 92, colleagues and friends marked the occasion by linking his name with some of the great writer/curmudgeons of American culture.
Bob Simon, one of Mr. Rooney’s longtime colleagues on “60 Minutes,” said his passing this weekend marked a definitive end to a one-of-a-kind television career.
“Andy’s the only person in television news that can’t be replaced,” Mr. Simon said. “Nobody can occupy the Andy Rooney slot but Andy Rooney — with one exception, I guess. The only guy who could occupy it is Mark Twain.”
Jeff Fager, the executive producer of “60 Minutes,” said, “I do believe the comparison with Twain is legitimate. Andy was an original voice, an original American.”
Steve Kroft, another longtime colleague on the show said, “I would say Mark Twain or Will Rogers. He was in a way a philosopher.”
The association with Twain may strike many fans of that writer as awfully grand company for a television commentator who took weekly stock of topics ranging from how many peanuts were in a can of mixed nuts to whether there really was a Mrs. Smith behind those pies.
Mr. Rooney himself often punctured those who overinflated their importance. One of the many times he invited trouble for himself was when he mocked Pat Robertson for saying God had told him George W. Bush would win re-election. Mr. Rooney said God had spoken to him as well, and told him that Mr. Robertson was a wacko.
But he could certainly sound like Twain (or at least Will Rogers) at times: “I’m always on the lookout for something good about people; sometimes months go by.”
Morley Safer, who worked on “60 Minutes” even longer than did Mr. Rooney, said Mr. Rooney’s gift was his ability “to identify all the crummy moments of life we all face.”
But Mr. Safer didn’t mention Twain. He said a different commentator was probably a more apt comparison — a television commentator, as it happens.
“I think he was a kind of sane Howard Beale,” Mr. Safer said. “I’m mad as hell, but I’m going to take it anyway.”
Like that character from the movie “Network,” Mr. Rooney also became a highly improbable television star. How important was he to “60 Minutes?”
At one point in its history, the CBS newsmagazine dominated prime time, reaching as many as 40 million viewers. Mr. Rooney’s end segment was almost always the most-watched part of the show. “And Andy knew that,” Mr. Kroft said, noting that at least some of that had to do with more viewers coming to television as the 8 p.m. hour approached.
“He enjoyed being famous,” Mr. Fager said, even though he hated being stopped in the street by people. That was consistent with the commentator on television, Mr. Fager said. “He could be a little prickly.”
He could also offend people, and he did so frequently. At various times in his career, Mr. Rooney managed to offend Native Americans, Hispanics, women, conservatives and fans of the singer Kurt Cobain. Most famously he offended gay Americans, in a 1989 commentary when he said, “Too much alcohol, too much food, drugs, homosexual unions, cigarettes. They’re all known to lead quite often to premature death.”
CBS suspended Mr. Rooney without pay for three months. The suspension lasted three weeks. Don Hewitt, the creator of the program, lobbied for Mr. Rooney’s reinstatement.
“The ratings went down about two points and Don was apoplectic,” Mr. Kroft said. “He was convinced it was because Andy was off the air.”
Mr. Rooney apologized on the air saying he felt terrible and had “learned a lot.” Some of the others offended got apologies, too. 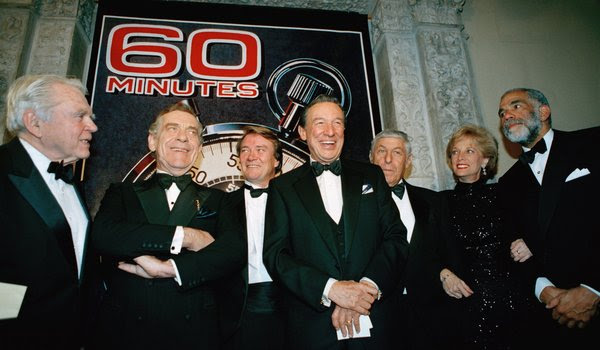 .Posted on NYTimes.com
Over 5.6 Million Reads Adam Gonzalez at November 08, 2011 No comments: Links to this post