Federal Agencies Including HUD (B.Carson) Are Sued for Quietly Altering their Stances on LGBT

A progressive advocacy group filed a lawsuit in federal court last week against the Departments of Justice (DOJ) and Housing and Urban Development (HUD), calling for them to publicly disclose documents related to changing federal policy toward lesbian, gay, bisexual and transgender people.
"The agencies should be ordered to release all records relating to or consisting of decisions or directives to remove references to ‘lesbian, gay, bisexual, transgender, and questioning,’ ‘LGBT,’ or ‘LGBTQ’ individuals from agency materials concerning efforts to combat problems of homelessness, discrimination, and sex trafficking," the lawsuit, filed on Feb. 28 by the nonprofit People for the American Way, stated.
"These under-the-radar changes can have a massive effect on the way our government works, and it appears Trump administration officials are trying to create secret agency laws in order to push their extreme agenda," he added. "That’s simply not permissible. We have a right to see these documents, and we’re going to court to get them.”
On Sept. 20, Right Wing Watch sent a FOIA request to HUD seeking records related to three reported actions, according to the lawsuit: "the removal from HUD's website of materials that helped train homeless shelters on ensuring they provided equal access to transgender individuals"; "the cancellation of a survey of pilot programs designed to decrease LGBT homelessness" in Cincinnati and Houston; and "a directive to the Policy Development and Research division of HUD not to participate in a study of LGBT housing discrimination."

The FOIA requested followed a New York magazine articlepublished in August that outlined the reported actions above, and a July request by 28 senators asking HUD Secretary Ben Carson to do more to protect LGBTQ people from housing discrimination and expressing concern about the removal of references to LGBTQ people in its programming.
In the U.S., approximately 1.6 million youth experience homelessness each year, and an estimated 40 percent of these young people identify as LGBTQ, according to True Colors Fund, a nonprofit working to end LGBTQ youth homelessness. And a 2017 University of Chicago study found LGBTQ youth are 120 percent more likely than their straight and cisgender (non-transgender) counterparts to be homeless.
“For many young people … these [HUD] resources can sometimes make the difference between life and death — getting into a safe housing program or remaining in a vulnerable situation," Ellen Kahn, director of the Human Rights Campaign's Children, Youth and Families program, told NBC News.
Kahn said HUD's alleged removal of transgender-inclusive training materials for homeless shelter staff members allows service providers who are not interested in providing care for LGBTQ youth "off the hook."
“It gives people an opportunity to turn their back on this particularly vulnerable group of young people,” she said, adding that HUD's actions "essentially disappear a population that is disproportionately affected by homelessness.”
On Sept. 15, five days prior to its HUD request, Right Wing Watch sent a FOIA request to the DOJ seeking access to any records relating to the removal of references to lesbian, gay, bisexual, transgender and questioning youth from a solicitation for grant proposals for the Mentoring for Child Victims of Commercial Sexual Exploitation and Domestic Sex Trafficking Initiative, which funds programs that serve juvenile victims of sex trafficking.
“In 2016, the grant application material had specific references LGBTQ youth, and sure enough, those references were gone in 2017,” Mincburg told NBC News. According the lawsuit, the DOJ has failed to respond to the FOIA requests despite repeated emails.
Mincburg stressed that changes in federal policy related to LGBTQ people and the removal of language that specifically mentions the community should raise red flags.
"They’re clearly sending a message that these programs are not going to be available for LGBTQ people," he said, adding that "the American people are entitled to transparency about what the U.S. government is doing.”
Mincburg claimed HUD and the DOJ are not the only federal agencies quietly altering their stances on LGBTQ inclusion. His organization, he noted, has also filed a FOIA request with the Department of Health and Human Services.
A spokesperson for HUD told NBC News the department does not discuss pending litigation, and DOJ spokesperson Devin O’Malley declined to comment.
NBC OUT
Over 5.6 Million Reads Adam Gonzalez at March 07, 2018 No comments: Links to this post 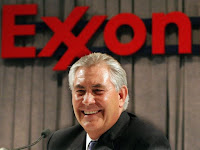 Graphiq
Over 5.6 Million Reads Adam Gonzalez at January 19, 2017 No comments: Links to this post

CHARLOTTE, N.C. - At a Charlotte, N.C., gathering that often sounded like an Obama campaign rally, top Cabinet member Kathleen Sebelius told nearly 1,400 people at a gay-rights fundraiser Saturday night that it is "hugely important" to not only re-elect her boss in November but also to defeat the proposed North Carolina constitutional amendment further limiting marriage to a man and a woman.
Democrat Sebelius, secretary of the U.S. Department of Health and Human Services, said a host of Obama-initiated advances for the gay community - including repeal of "Don’t Ask, Don’t Tell" in the military - could be "wiped out in a heartbeat" if the Republican presidential nominee wins this year. She suggested in her 14-minute speech at the Charlotte Convention Center that gays, lesbians and other Obama backers in this key swing state use the May 8 vote on the amendment as a sort of practice run for the effort needed in November to keep North Carolina’s 15 electoral votes in President Barack Obama’s column.

"I know there’s an important election in early May in North Carolina," Sebelius told the North Carolina gala of the Human Rights Campaign, the country’s largest gay and lesbian civil rights group. "And I think it’s a great template for what needs to be done to organize people and turn out people for November. North Carolina is hugely important in this next (presidential) election."
Charlotte Mayor Anthony Foxx personally welcomed those at the gala - a sign that things have changed since 2005, when then-Mayor Pat McCrory, a Republican, refused to issue a welcoming letter for the gala in Charlotte that year.
During his remarks Saturday, Foxx also spoke out against the proposed constitutional amendment reaffirming North Carolina’s ban - already in state law - of same-sex marriage.
Saying he’d heard from gay and lesbian city workers and police officers who could not take bereavement time or care for their partners, Foxx told the crowd that "when I go into the ballot box in May ... I’m going to be voting against Amendment 1."
He said he was concerned that passage of the amendment would scare away from Charlotte - site of the 2012 Democratic National Convention - those businesses that want to attract talented gay and lesbian employees.
"They ... don’t want a ’Not Wanted’ sign hung over their front (door)," Foxx said.
Representatives from three of the night’s corporate sponsors - Wells Fargo, Time Warner Cable and Bank of America - boasted to the crowd that gays and lesbians feel welcome working for their companies. Top Wells Fargo official Laura Schulte even announced that her company had just lit up the city’s new Duke Energy tower in the rainbow colors of the gay and lesbian community.
At the request of the Human Rights Campaign, the convention center reserved at least two bathrooms in the lobby outside the gala for "gender-neutral restrooms."
In her remarks, Sebelius cataloged the advances the Obama administration has made on issues important to homosexuals. Under the health care reform law administered by her department, for example, it will be illegal for insurers to discriminate against anyone because of sexual orientation or gender identity. People overseas who have HIV/AIDS are no longer barred from traveling to America, she said, and the Obama administration has waged a campaign against bullying in schools.
No longer, Sebelius said, should people be denied the right to pursue their dreams "because of who they love."
Also at the gala, CNN anchor Don Lemon was given the group’s Visibility Award, which honors gays and lesbians who "are living open and honest lives."
Visit The Charlotte Observer (Charlotte, N.C.) at www.charlotteobserver.com


Over 5.6 Million Reads Adam Gonzalez at February 27, 2012 No comments: Links to this post